Papua New Guinea's MP for Manus Island has issued another warning that local people are nearing breaking point with frustrations over the asylum seeker detention centre on the island. 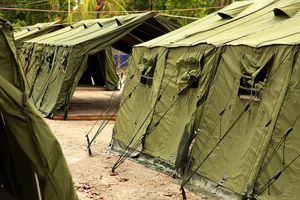 Ronnie Knight says almost eighteen months into the asylum seeker processing deal, which Australia struck with PNG, local businesses are barely benefitting from any contracts over the operation of the centre.

He says all the Australian companies coming over to do projects such as roadworks are providing services that local companies can do.

"The complete absense of local companies being engaged in the works in Manus, And it will blow up. You will see that there are so many disaffected people, that eventually there will be a huge problem and maybe things will not be as nice as they are right now."

Ronnie Knight says community leaders are moving to close the access road to the asylum seeker centre because of the damage sustained to local roads by heavy vehicles.