The All Blacks have displayed their support for the Samoan rugby team's current plight on social media.

10 players, including Keven Mealamu, Jerome Kaino, Julia Savea, Dan Carter and Charlie Faumuina have posed for a photo with a sign saying 'Samoa United', that has since been posted by several of the players on Twitter.

Last month a group of senior Samoa internationals raised concerns regarding the governance and management of the Samoan Rugby Union and threatened to boycott this weekend's test against England if their grievances were not heard.

The Chair of the SRU and Prime Minister Tuila'epa Sa'ilele Malielegaoi says the players asked for two members of the Board to quit and that many of the players grievances surrounded allowances.

The strike threat was later withdrawn amid reports the players were told Samoa would lose next years test against the All Blacks and the chance to play at the 2015 World Cup.

Senior players met with representatives from the governing body, World Rugby, and the International Rugby Players Association at the weekend, with no SRU representative at the talks.

The Samoan ambassador to the European Union has since made contact with WR and Players Association and is representing the Samoa Rugby Union in the matter. 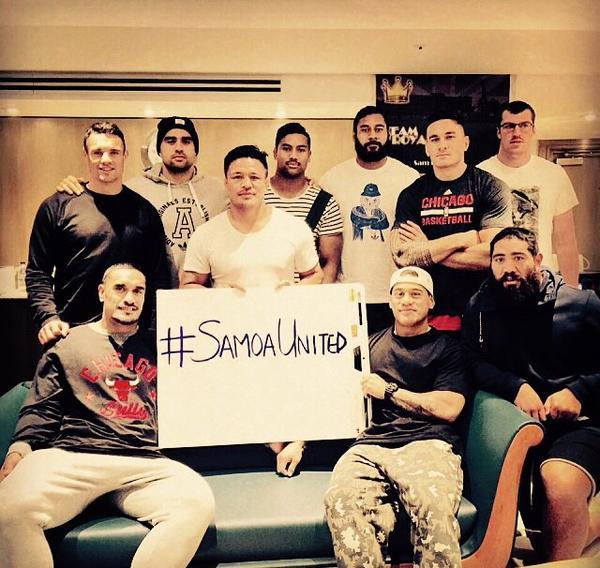