Fiji's media authority says an investigation is continuing into last month's breach of the electoral decree by the public broadcaster.

The Fiji Broadcasting Corporation ignored a regime ban on political advertising the day before the election by having a link on its homepage for the FijiFirst Party.

FBC editors or owners risk a five-year jail sentence for running the link which said it was paid for by the party's General Secretary, Aiyaz Sayed Khaiyum who was also the minister responsible for the elections.

The breach was reported, with screenshots being published of the FBC's homepage carrying the banned ad on the eve of the vote. 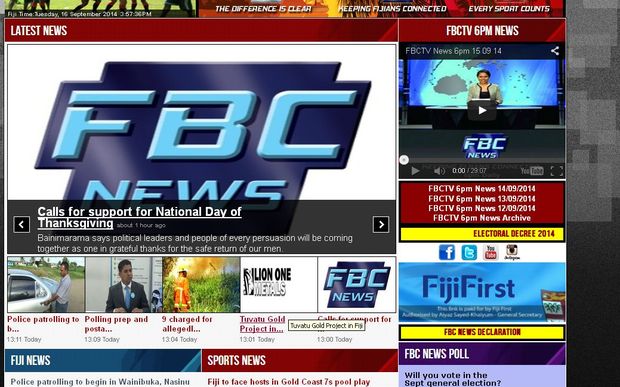 However, the chairman of the Media Industry Development Authority, Ashwin Raj, is sceptical, saying a screenshot is not trustworthy evidence.

"My only concern, and this is why I am a little apprehensive, is that I question the very legality of what was produced. A screenshot is not admissible, I mean we need to actually ascertain for a fact that this is something that was introduced on the internet."

Ashwin Raj says the FBC is undertaking an internal investigation, after which MIDA will consider any further action.