France has returned the skull of a New Caledonian rebel chief, 135 years after it was cut off in a battle between the people of New Caledonia and their French colonisers.

The great rebel chief Atai had led a rebellion of the Kanak tribe, which claimed the lives of more than 1,000 tribesmen and around 200 Europeans.

In a solemn ceremony in Paris, France's Overseas Minister George Pau-Langevin handed back the skull of Atai to one of his descendants, Berge Kawa.

Mr Kawa said he has waited for this moment for many years, and had started to give up hope.

He also seized on the occasion to urge Paris to finally apply the 1998 Noumea Accord, which hands more autonomy to France's nickel-rich overseas territory of 265,000 people.

Mr Kawa says these remains is a reminder that we are two peoples, two cultures which have never ceased to clash with each other and still clash today.

He added it is therefore up to the French state to give back the Kanaks' property.

New Caledonia is due to hold an independence referendum by 2018. 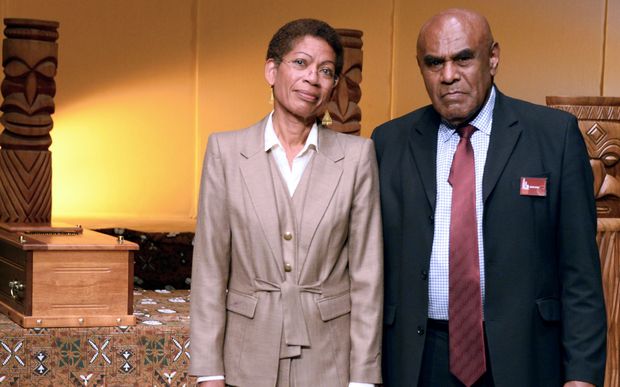