The LBJ Hospital and Department of Health in American Samoa are awaiting lab results of blood samples before determining the death of a 28 year old man. 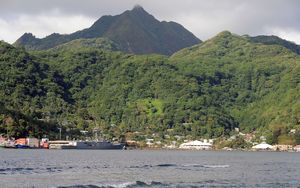 There are suspicions the cause was the acute fever rash disease, which appears to be spreading in the territory.

The Director of Health, Motusa Tuileama Nua, says the man's blood samples, as well as those of 23 others affected, have been sent off-island for testing and it will take up to two weeks before the results are known.

The samples will be tested in Hawai'i for dengue fever and then at the Centres for Disease Control in Atlanta to be analysed for chikungunya, Zika and Ross River Virus.

The man was seen at the LBJ hospital with fever and body aches and his lab results were normal, prompting doctors to send him home.

However he returned days later with fever and body aches and a low platelet or blood cell count.

The man died on Friday.