The Tautua Samoa opposition party has stood strong in opposing the government's constitutional amendments, which includes the appointment of a head of state.

The opposition leader, Palusalue Faapo II, is accusing the Prime Minister, Tuila'epa Sa'ilele Malielegaoi, of seeking to become the future head of state under the proposed amendment. 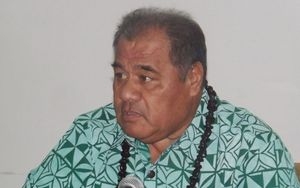 The new amendment, if it becomes law, will give a political party or parties the sole authority to elect a head of state.

The current requirement in the constitution requires all members of Parliament to elect a head of state.

The opposition is also accusing the ruling HRPP government of wanting to change the constitution over the election of a speaker and a deputy.

It describes the move as one that will defeat the independence of the speaker and its duties.

The amendments have been referred to a parliamentary committee for public opinions before it will be back to Parliament for the final debate and third reading.