The leader of the Fiji regime Frank Bainimarama has again cautioned people about voting for what he calls the "tired old faces" of Fiji politics.

He was speaking to students at the opening of a new computer centre at Lami High School. 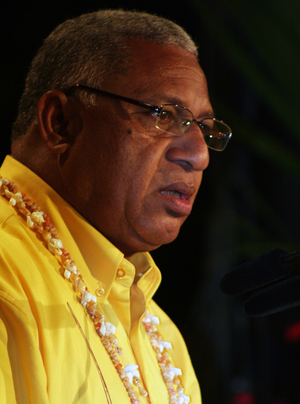 According to Fiji Live, the regime leader says people should be cautious because the politicians of old want to throw the country into reverse.

He described them as a coalition of hypocrites who want to wind back the clock on his government's reforms.