Candidates fighting the Fiji election under the Sodelpa banner will campaign in designated areas in order to retain the concept of local MPs.

Fiji's new style electoral system with just one national constituency is to be put to the test in the September general election. 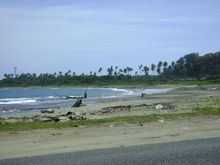 The Bainimarama-led government has done away with multiple constituencies in Fiji for a fresh-look 50 seat parliament.

She revealed most of the the party candidates line-up at the weekend, saying they come from many parts of Fiji and will serve all communities wherever they live.

She says eight of the candidates have served in parliament previously.

The party plans to launch its manifesto next month.