Joe Natuman has been elected by Parliament as Vanuatu's new Prime Minister.

This came after 35 MPs in the 52 seat House supported a vote of no confidence in the leadership of Moana Carcasses. 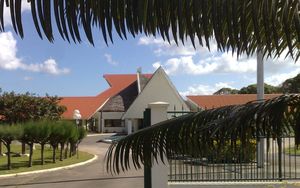 "Mr Natuman is an MP from Tanna and the first person from that island to become prime minister. He was once the private secretary for the country's founder, Father Walter Lini, and remains a member of the party Vanuatu's first prime minister started, the Vanua'aku Pati. Since becoming an MP he has held almost all ministerial posts - internal affairs, foreign affairs, education, justice and social welfare. It was the fourth time that Mr Carcasses had faced a vote of no confidence since coming to power in March last year. The Opposition had said the impetus for the vote came from MPs within the Carcasses coalition. Our correspondent says their concerns included the government's controversial plan for airport development, its borrowing of large amounts of money for road schemes and its Capital Investment Immigration Plan which linked the sale of citizenship and real estate development. There were also complaints about the Government's degree of control of the police, statutory bodies and the Public Service Commission."