The Queen has led her family in mourning at the funeral of her husband, the Duke of Edinburgh, in the grounds of Windsor Castle. 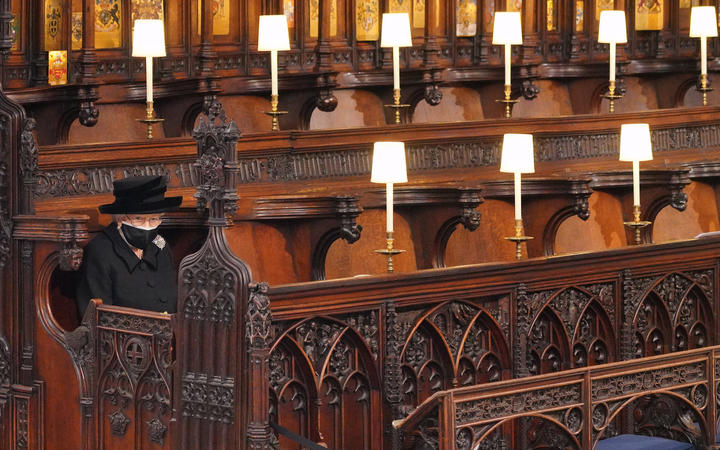 The duke's coffin began its journey to St George's Chapel with the bearer party lifting it from its resting place in the castle's inner hall and walking towards the state entrance.

Nine members of the Royal Family walked behind the coffin, with Princess Anne and Prince Charles in the front row, followed by Prince Edward and Prince Andrew.

Before the minute's silence throughout the UK, the Queen's car arrived at the chapel as the national anthem played. She went inside to be met by the Archbishop of Canterbury.

Hundreds of people watched on as the King's Troop Royal Horse Artillery made their way along the Long Walk up to Windsor Castle at midday.

Dozens of riders, wearing black, gold and red uniforms and carrying three guns, rode up to the castle's Cambridge Gate.

The images below capture how the ceremony unfolded. 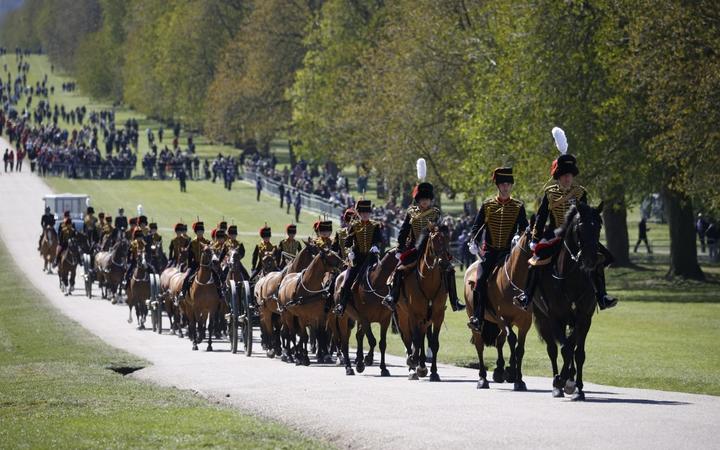 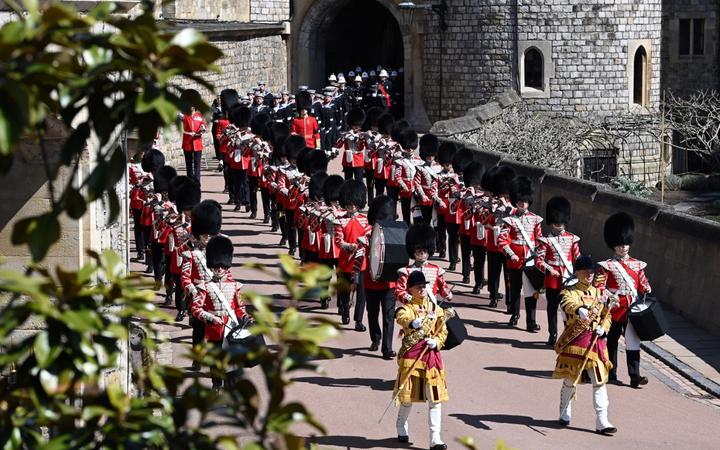 Members of a military band march into position at Windsor Castle in Windsor. Photo: AFP 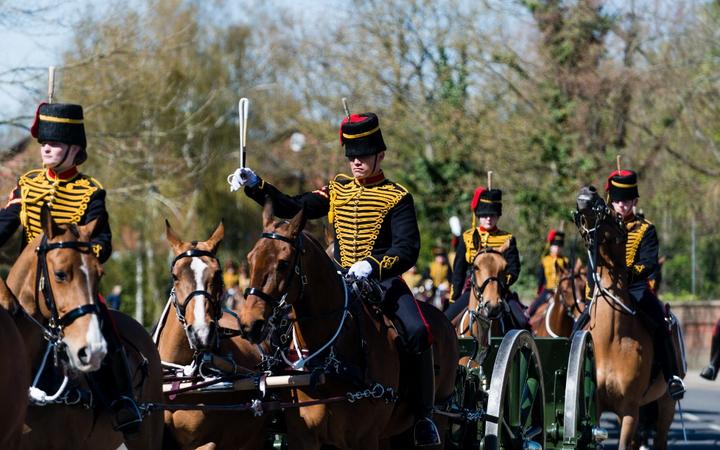 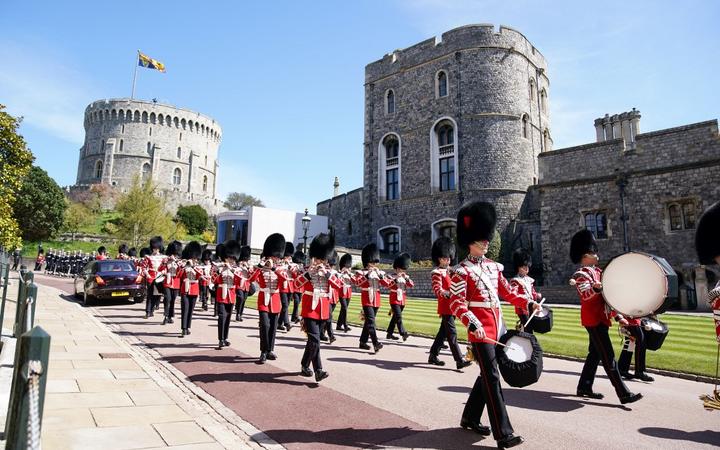 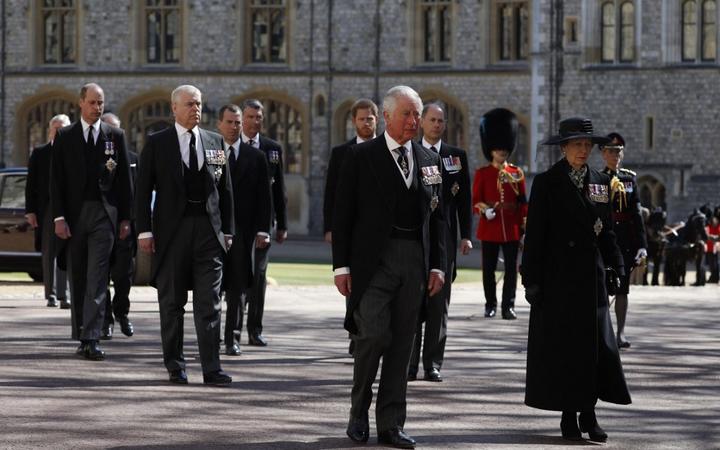 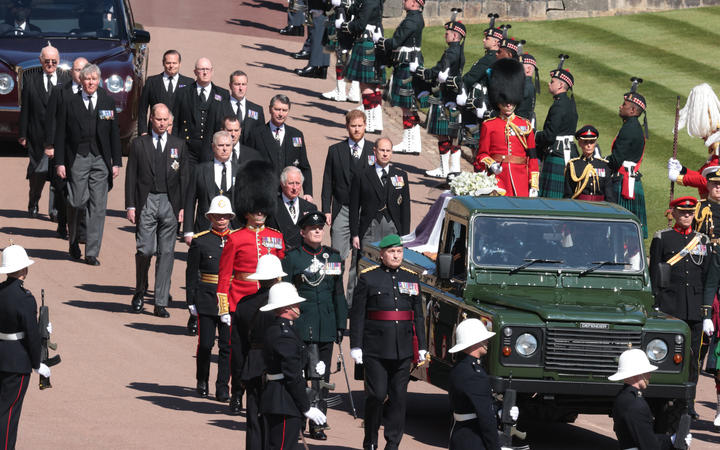 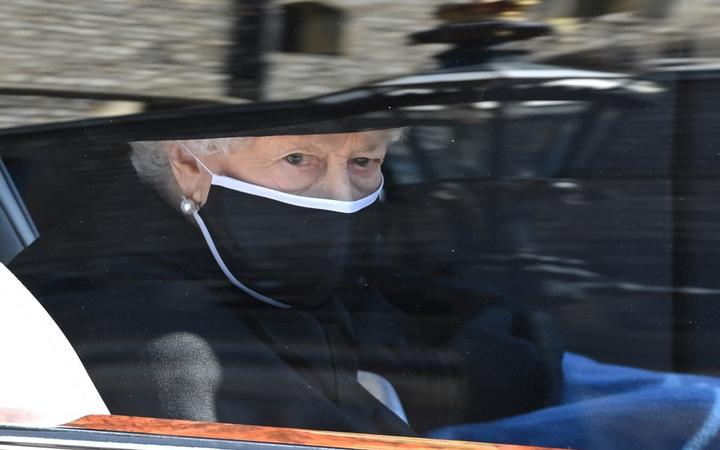 The Queen arrives for her husband's funeral. Photo: AFP 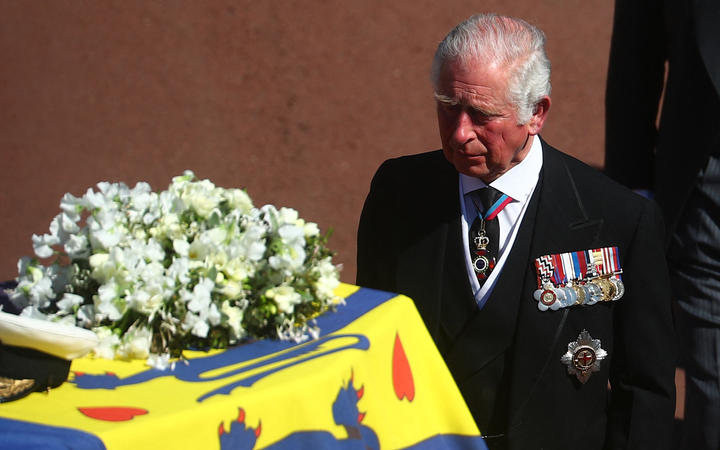 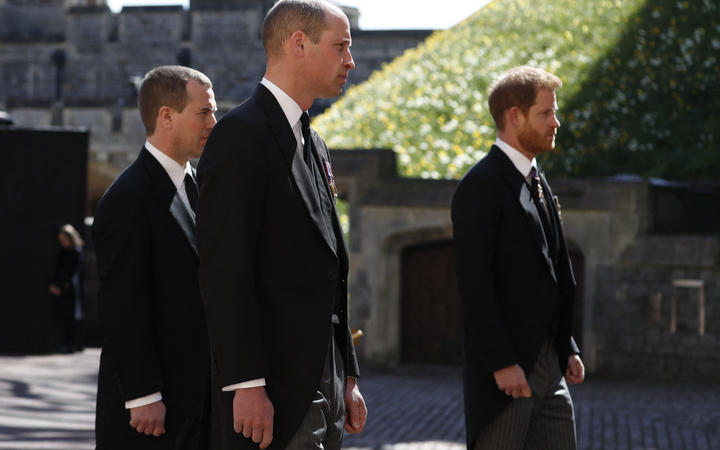 Prince William, left, and Prince Harry walk in the procession behind the Duke of Edinburgh's coffin. Photo: AFP 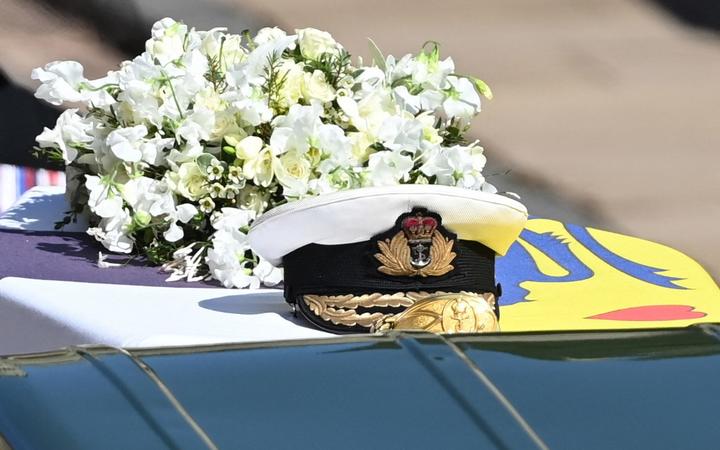 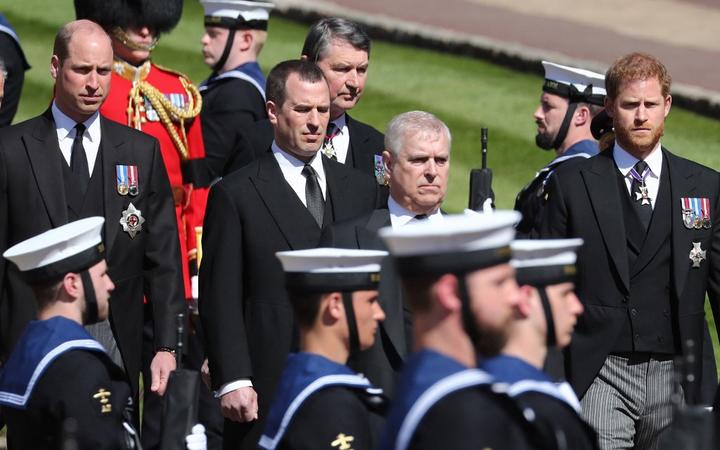 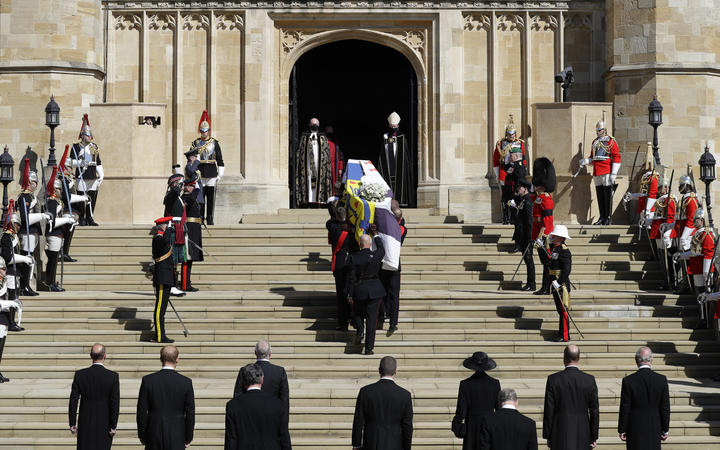 Pallbearers of the Royal Marines carrying the coffin up the West Steps into St George's Chapel. Photo: AFP 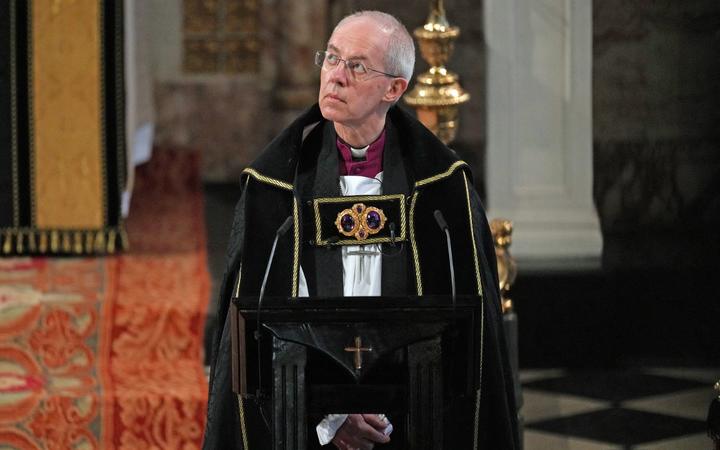 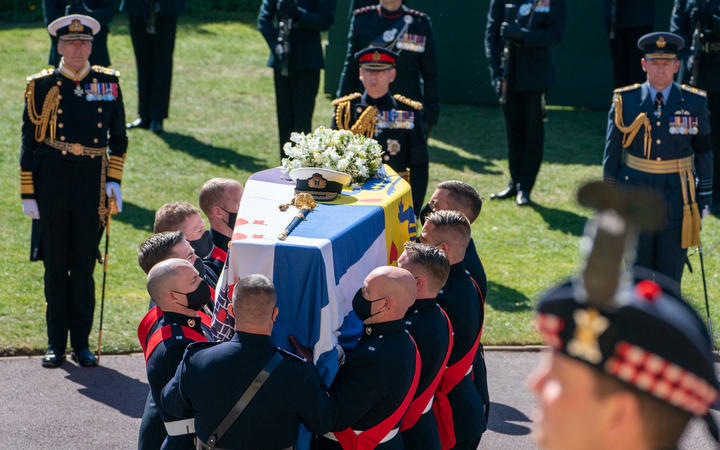 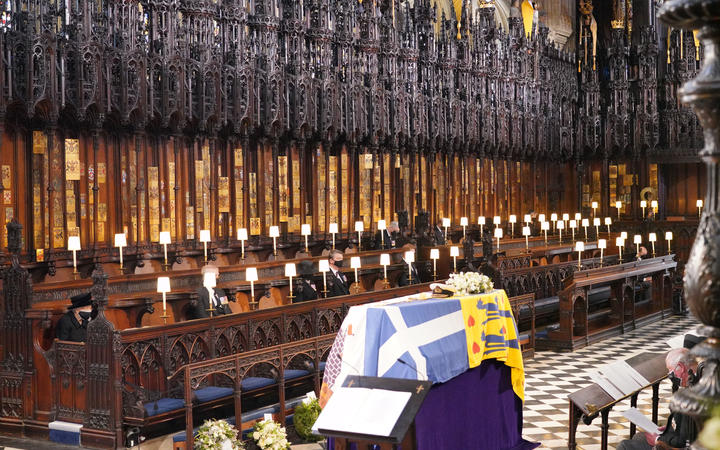 The Queen sits alone on the left during the funeral service for Prince Philip in St George's Chapel at Windsor Castle. Photo: AFP 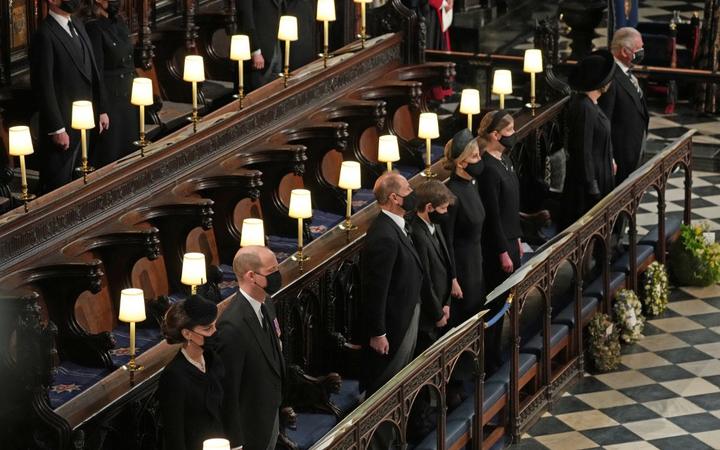 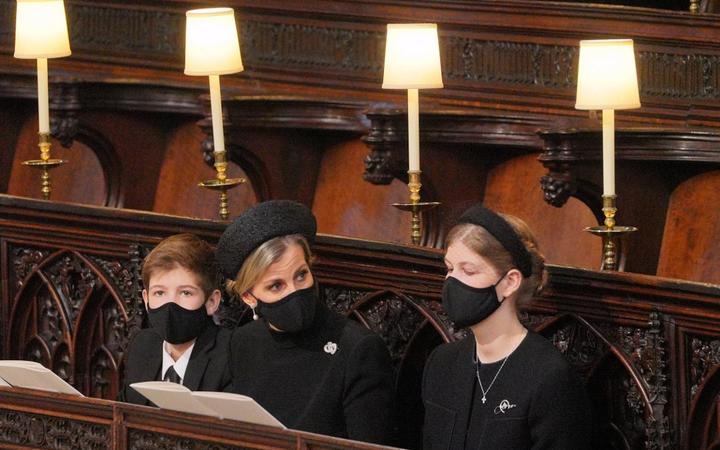 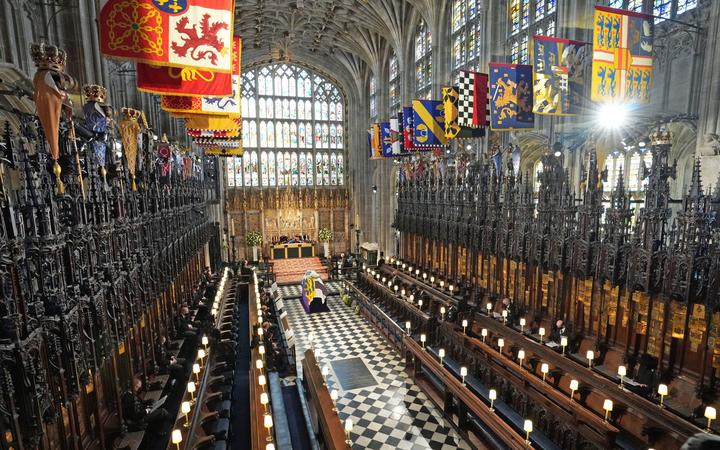 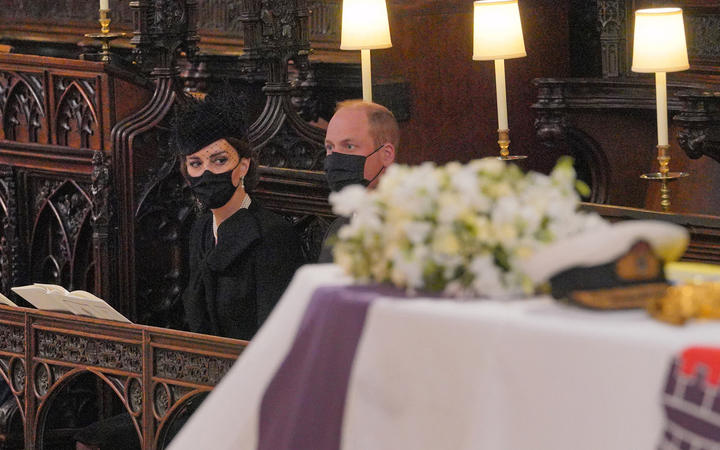 Prince William and Catherine, the Duchess of Cambridge Photo: AFP 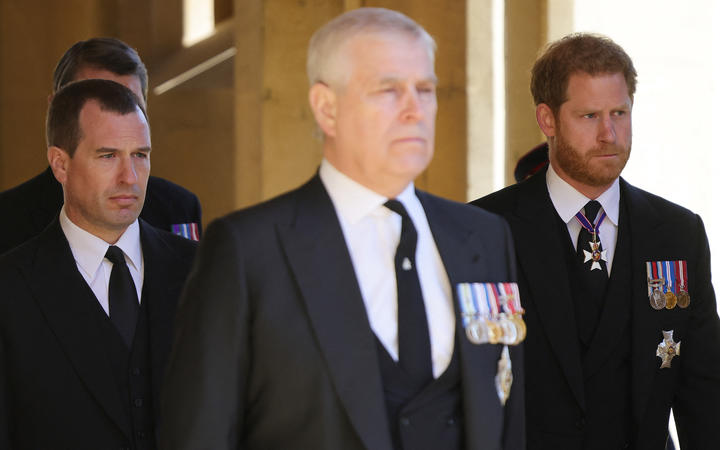 Prince Andrew and Prince Harry leave the chapel after the service Photo: AFP 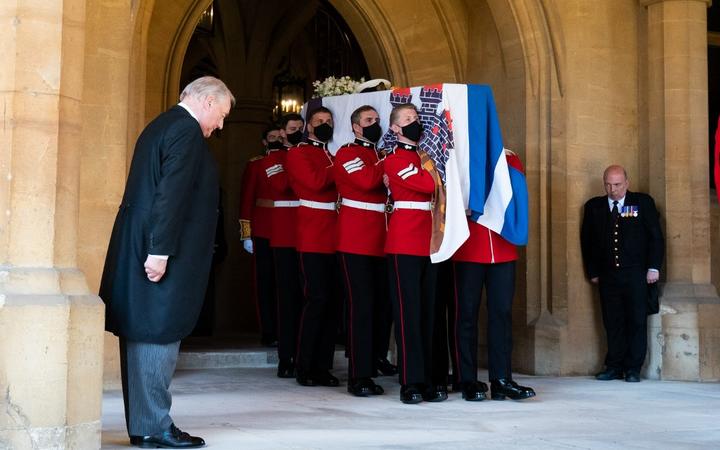 Watch a replay of the funeral service