The Dukes of Cambridge and Sussex have paid tribute to their grandfather, the Duke of Edinburgh. 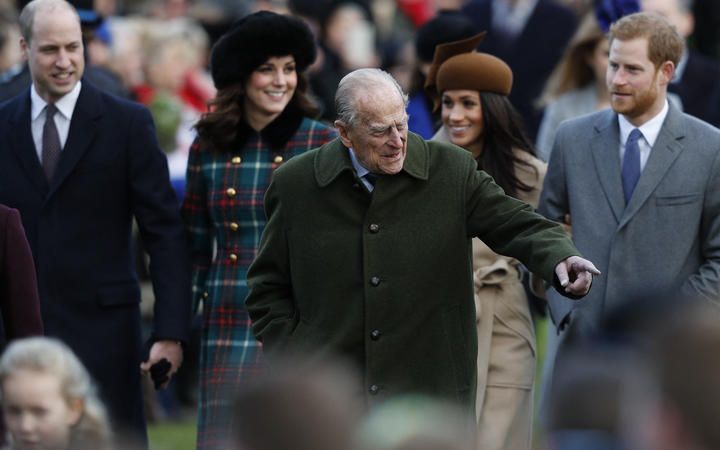 In separate statements, Prince William described him as an "extraordinary man", while Prince Harry said he was "a man of service, honour and great humour" and the "legend of banter".

"I will miss my Grandpa, but I know he would want us to get on with the job," Prince William added.

It comes as parliaments across the UK were recalled to remember the duke.

"My grandfather's century of life was defined by service - to his country and Commonwealth, to his wife and Queen, and to our family," Prince William said in a statement.

"I feel lucky to have not just had his example to guide me, but his enduring presence well into my own adult life - both through good times and the hardest days.

"I will always be grateful that my wife had so many years to get to know my grandfather and for the kindness he showed her.

"I will never take for granted the special memories my children will always have of their great-grandpa coming to collect them in his carriage and seeing for themselves his infectious sense of adventure as well as his mischievous sense of humour!"

He added that he and his wife, Catherine, would "continue to do what he would have wanted and will support the Queen in the years ahead". 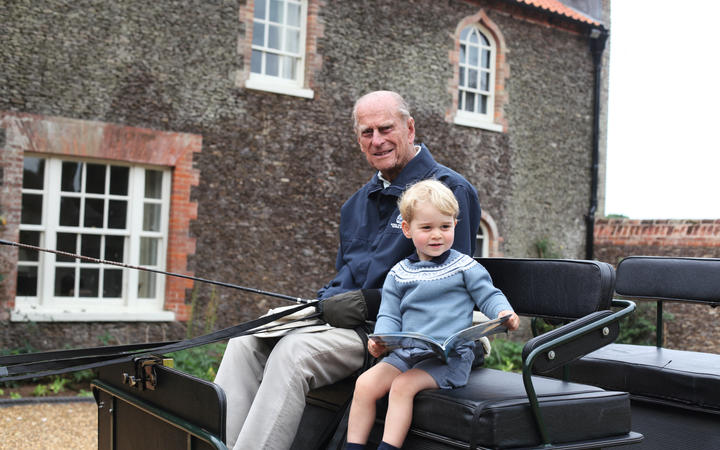 Kensington Palace shared a photograph of Prince George with his great-grandfather Philip, taken by the Duchess of Cambridge, alongside the message from William. Photo: AFP

Paying tribute to his grandfather, Prince Harry said: "He was authentically himself, with a seriously sharp wit, and could hold the attention of any room due to his charm - and also because you never knew what he might say next.

"He will be remembered as the longest reigning consort to the monarch, a decorated serviceman, a prince and a duke.

"But to me, like many of you who have lost a loved one or grandparent over the pain of this past year, he was my grandpa: master of the barbecue, legend of banter, and cheeky right 'til the end."

Prince Harry described Prince Philip as "a rock" for the Queen "with unparalleled devotion".

"So, on that note, Grandpa, thank you for your service, your dedication to Granny, and for always being yourself."

Prince Harry signed off his message with the words "Per Mare, Per Terram", meaning "By Sea, By Land" in Latin - the motto of the Royal Marines, of which Prince Philip and Prince Harry were both Captain General.

Meanwhile, MPs began proceedings in the House of Commons by observing a minute's silence to remember the duke's life.

Prime Minister Boris Johnson said Prince Philip had "touched the lives of millions", including through the Duke of Edinburgh's Award schemes.

"By his tireless, unstinting service to the Queen, the Commonwealth, the armed forces, the environment, to millions of young people and not-so-young people around the world, and to countless other causes, he gave us and he gives us all a model of selflessness and of putting others before ourselves," he said.

Scotland's First Minister Nicola Sturgeon led the tributes in Holyrood, describing the duke and the Queen as a "true partnership".

In the Welsh Senedd, First Minister Mark Drakeford said Prince Philip led a "remarkable" life and had championed a "broad diversity" of causes in Wales.

And in the Northern Ireland Assembly, First Minister Arlene Foster described the duke as a "true intergenerational legacy to our youth, our United Kingdom and the world's environment".

Deputy First Minister Michelle O'Neill said there had been "significant interventions" by the Royal Family to "assist in the building of relationships between Britain and Ireland", which should be recognised.

A ceremonial royal funeral, which will be televised, will be held for the duke at St George's Chapel, in the grounds of Windsor Castle, at 15:00 BST on 17 April.

His children and grandchildren are expected to attend and Prince Harry has arrived in the UK from the US for the service. His wife, Meghan, who is pregnant, will remain at home in California on the advice of doctors.

A spokesman for the Duke of Sussex said he was at Frogmore Cottage in Windsor, his former residence, observing coronavirus regulations.

It will be the first time Prince William and Prince Harry will meet face to face since the Sussexes aired criticisms of the Royal Family in an interview to US broadcaster Oprah Winfrey last month.

On Sunday, former prime minister Sir John Major, who was appointed a special guardian to the brothers after their mother, Diana, Princess of Wales died in 1997, said the "shared grief" over the death of Prince Philip is an "ideal opportunity" to mend any rifts in the Royal Family.

Over the weekend, Prince Philip's children - the Prince of Wales, the Princess Royal, the Duke of York and the Earl of Wessex - also paid tribute to their father, with Prince Andrew saying the Queen had described his death as "having left a huge void in her life".