Members of Parliament have used today's sitting day to pay tribute to the late Prince Philip. 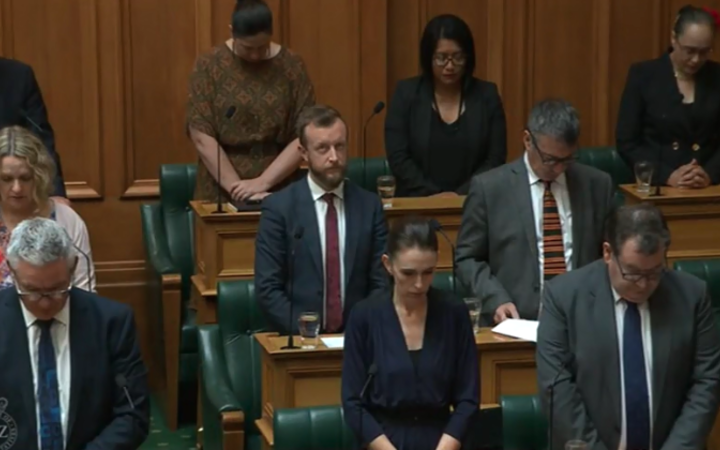 Prince Philip died at Windsor Castle on Friday last week at the age of 99.

Prime Minister Jacinda Ardern praised Prince Philip for never shying away from his sense of duty.

Ardern said Prince Philip would be known for his down to earth style and formidable sense of humour.

"Just this morning, I received an email from a woman whose daughter was selected to help Prince Philip plant a tree in the botanic gardens during one royal visit," she said.

"Jess, a brownie at the time, watched His Royal Highness working with the spade for a while before telling him 'you're not very good at that.' Apparently he laughed, delighted with the candid feedback."

Ardern said he would probably be best remembered in New Zealand for the Duke of Edinburgh's Hillary award, which provides life changing opportunities for young people.

National Party leader Judith Collins relayed her party's "profound sadness' at the passing of the Duke of Edinburgh.

Collins said Prince Philip had given a lifetime of public service to his country, the commonwealth, and his wife of 73 years - her Majesty the Queen.

She said the Duke was a champion of the environment, wildlife and young people.

In about a 30-second speech, Shaw shared his condolences to the royal family.

"I would like to echo the words of his grandson Prince William, who said I know he would want us to get on with the job," he said.

She said today was the time to acknowledge the dedication of service of Prince Philip, who was a "man of his time."

Neither of Te Pāti Māori co-leaders attended today, instead going to engagements in their electorates.