The funeral of the Duke of Edinburgh will be held at Windsor Castle next weekend. 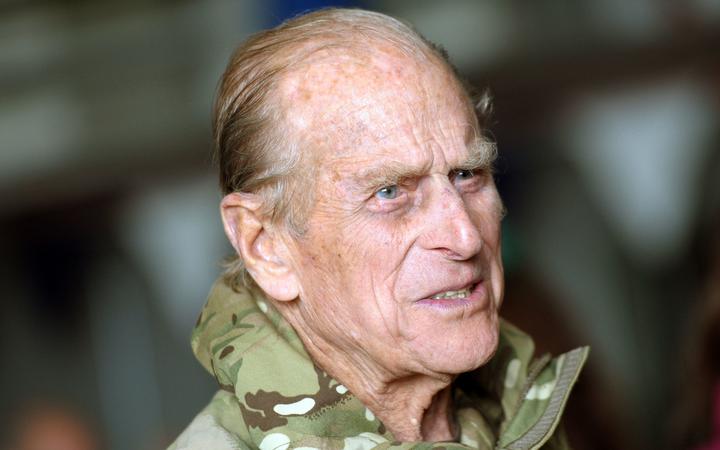 The service will take place on Saturday afternoon British time next week - which will be 2am Sunday morning New Zealand time.

A palace spokesperson said the event will be a "ceremonial royal funeral" not a state funeral, which "very much reflects the duke's wishes".

The palace said the funeral will celebrate and reflect a life of service and has been adapted to take account of Covid-19 regulations, including having no public access, although it will be televised.

The Queen has approved the British Prime Minister's recommendation that there be eight days of national mourning, to end on 17 April, the day of the funeral.

Where will the funeral take place?

Prince Philip is reported to have requested a funeral of minimal fuss and will not lie in state - where members of the public would have been able to view his coffin.

Instead, he will lie at rest in the private chapel at Windsor Castle until the day of the funeral.

The duke's coffin is draped in his personal flag, his standard. The flag represents elements of his life, from his Greek heritage to his British titles. A wreath of flowers has also been placed on the coffin.

When the duke got engaged to the then Princess Elizabeth in 1946, he renounced his Greek title and became a British citizen, taking his mother's anglicised name, Mountbatten.

The Mountbatten family is therefore also represented on the standard, alongside the castle from the arms of the City of Edinburgh - he became Duke of Edinburgh when he married. 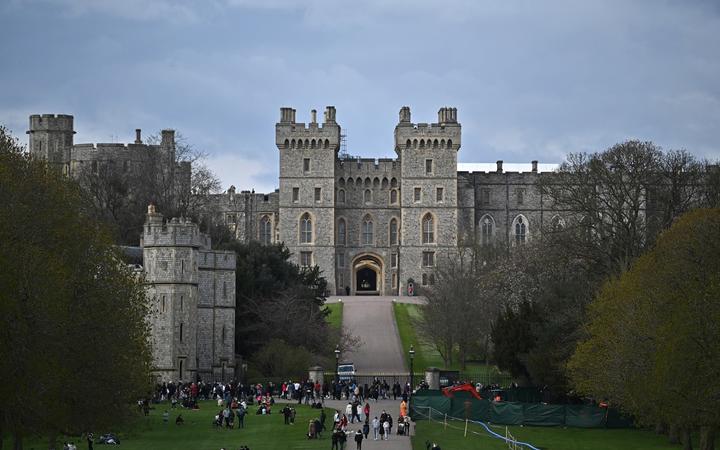 People gather outside Windsor Castle, west of London, after the announcement of the Duke of Edinburgh's death. Photo: AFP

What will happen on the day?

Coronavirus restrictions on crowds and numbers attending funerals mean the duke's ceremonial funeral will be much lower key than if it had happened in other times - although the Palace says this very much "reflects the duke's wishes" and it will still "celebrate and reflect" a life of service.

On the day of the funeral, the coffin will be moved to the State Entrance of Windsor Castle. It will be placed on a modified Land Rover, that the duke himself helped design, to be carried the short distance to St George's Chapel.

The eight-minute procession is expected to involve military personnel and the coffin will be flanked by pallbearers. Members of the armed forces will line the route and members of the Royal Family, including the Prince of Wales will walk behind the coffin.

The Queen will travel separately to the chapel for the service.

Military guns will fire during the procession and the curfew bell will toll.

From the West Steps of the chapel, eight pallbearers will carry the coffin, draped with the duke's standard, with a wreath and the duke's naval cap and sword on top.

The coffin will be greeted by the Dean of Windsor and the Archbishop of Canterbury. After the service, the duke will be interred in the royal vault.

Who will attend the funeral?

Coronavirus restrictions in England mean only 30 people, socially distanced, are allowed to attend funerals. The pallbearers and clergy are not included in the number of attendees.

Details of the invited guests or family members are yet to be announced. Prince Harry will attend but his wife Meghan, who is pregnant, will not, on medical advice. The Duke of Sussex is living in the US with the Duchess of Sussex and has not returned to the UK since stepping down as a senior royal last year.

Under earlier arrangements for the days after the duke's death, codenamed Forth Bridge, thousands of people would have been expected to gather in London and Windsor, with some even camping out to get a vantage point to watch the military procession.

Hundreds of members of the armed forces would also have lined the streets in honour of the duke, alongside thousands of police officers to keep control of the crowds.

But since the pandemic began, organisers have been working on contingency plans which would avoid attracting mass gatherings in the event that the duke died. 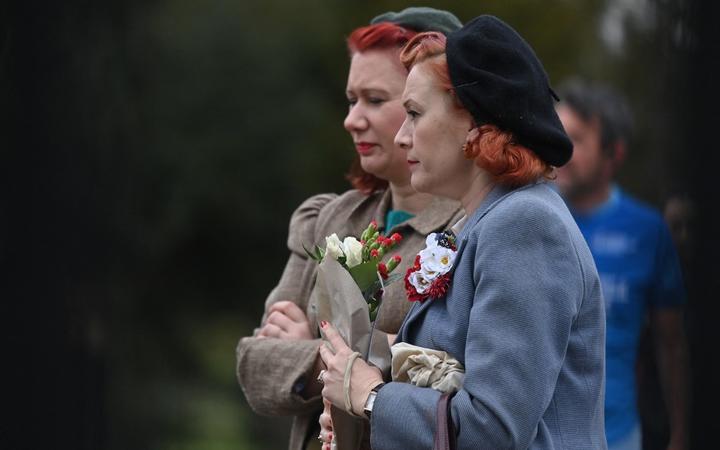 Well-wishers carry floral tributes to Prince Philip, the day after his death at the age of 99, outside Windsor Castle. Photo: AFP

The country is now in a period of national mourning, that will end on the day of the funeral.

The Royal Standard, which represents the sovereign and continuation of the monarchy, never flies at half-mast and will be flown at full-mast where the Queen is present.

Gun salutes took place across the UK and in Gibraltar at midday on Saturday. Military guns fired 41 rounds at one round every minute for 40 minutes in Edinburgh, Cardiff, London, Hillsborough Castle in Northern Ireland and at Devonport and Portsmouth naval bases.

Royal Navy ships at sea, including HMS Diamond and HMS Montrose, also fired the salute, a tribute to the duke, who served as a naval officer during World War II and held, among other titles, the office of lord high admiral.

Out of respect, the main political parties in England, Scotland and Wales have suspended campaigning for next month's elections. The House of Commons will sit on Monday for MPs to pay their tributes to the duke.

How can the public pay their respects?

Coronavirus restrictions on mass gatherings in England mean the long-held plans for the days leading up to the funeral, and the funeral itself, have been amended.

Members of the public have been asked not to try to attend any of the funeral events, in line with public health advice.

The Royal Family has also asked people not to leave flowers and tributes at royal residences.

On the Royal Family website, members of the public are asked to consider making a donation to a charity instead of leaving floral tributes in memory of the duke. An online book of condolence is also available for the public to post their personal tributes.

A plaque that was displayed outside Buckingham Palace, announcing the duke's death, was later removed because of concerns it would attract crowds. However, people have left flowers, cards and tributes outside the palace and at Windsor Castle, despite requests not to do so.