Hong Kong pro-democracy tycoon Jimmy Lai has been arrested for suspected collusion with foreign forces, his aide has said. 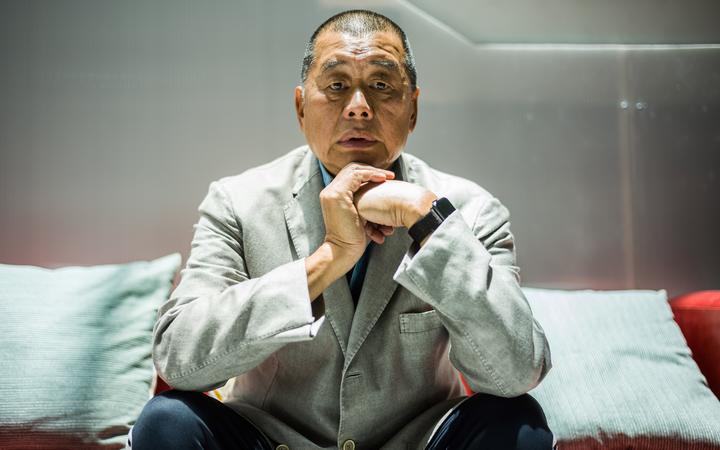 Mark Simon said the businessman was held under the controversial national security law imposed by China in June.

In February, the 71-year-old mogul was charged with illegal assembly and intimidation. He was later granted police bail.

"Jimmy Lai is being arrested for collusion with foreign powers at this time," said Simon, an executive at Lai's media firm Next Digital.

Hong Kong police have said that seven people were arrested on Monday on suspicion of breaking the national security law, but have not yet confirmed that Lai is among them.

Who is Jimmy Lai?

The newspaper he founded, Apple Daily, is frequently critical of Hong Kong and Chinese leadership.

"The establishment hates my guts," Lai previously said in an interview with the New York Times. "They think I'm a troublemaker."

On 30 June, when the security law was passed, the businessman told the BBC that this "spells the death knell for Hong Kong".

He warned that Hong Kong would become as corrupt as mainland China because "without the rule of law, people who do business here will have no protection".

In a separate interview with the AFP news agency, Lai said: "I'm prepared for prison. If it comes, I will have the opportunity to read books I haven't read. The only thing I can do is to be positive."

What is the new security law?

The law makes it easier to punish protesters, and reduces the Hong Kong's autonomy.

It also gives Beijing powers to shape life in the former British colony in a way it has never had before.

Critics say it effectively curtails protest and freedom of speech - China has said the new law will return stability to the territory.

The law's key provisions include that crimes of secession, subversion, terrorism and collusion with foreign forces are punishable by a maximum sentence of life in prison.