A Hong Kong citizen in New Zealand is fearful of harassment and surveillance against activists here, as tension between China and western nations escalates. 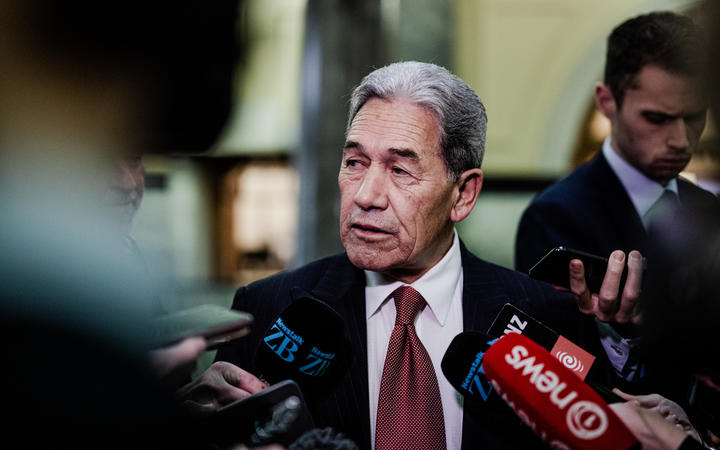 Winston Peters said the government is deeply concerned with what is happening in Hong Kong. Photo: RNZ /Dom Thomas

New Zealand has suspended its extradition treaty with Hong Kong in response to China's recently enacted national security law for the territory, stating Hong Kong's judicial system is now not "sufficiently independent" from mainland China as expected under its one country, two systems structure.

China has told New Zealand to immediately stop interfering in its internal matters, or risk further harming the relationship. Last night, China announced it would suspend crime-related agreements with the UK, Canada and Australia, including extraditions, after those three earlier did the same.

"We are actually really grateful that New Zealand has finally spoken out. The concern is whether or not going back to Hong Kong will become a risk," she said.

The woman said flying into Hong Kong from New Zealand arouses suspicion to the point her and her friends delete Chinese phone apps and take burner phones - a cheap, disposable phone - into the country.

She said even being here, she's not free from attention. 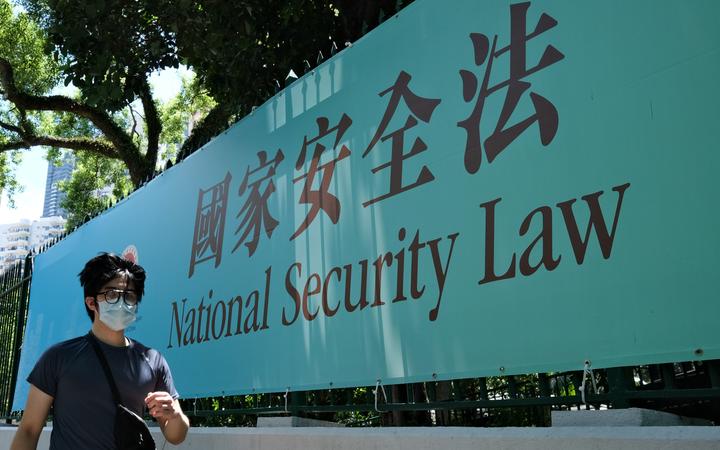 A man walks past a government public notice banner for the National Security Law in Hong Kong, 15 July 2020 Photo: AFP

Among other things, the National Security Law could mean Hong Kong residents are sent to mainland China for trial.

"In light of this, it is important that New Zealand responds proportionately and deliberately to the passage of the national security law. As part of that response, Cabinet has decided to suspend New Zealand's extradition treaty with Hong Kong," Peters announced on Tuesday.

A human rights barrister in Wellington, Tony Ellis, has been involved in a 10-year-long case trying to stop the extradition from New Zealand of his client, Kyung Yup Kim, who's wanted in China on a murder charge.

He said fair trials do not exist in China because judges are politically influenced by the ruling Communist Party.

"The second problem is torture is systemic in China, and the UN Committee Against Torture have used very strong words about what has happened," Ellis said.

"99.9 percent of people who are charged with a crime plead guilty, because if you don't, nasty things happen to you."

China responded to the government's move swiftly. Its embassy here wrote that the decision was a "serious violation of international law" and a "gross interference" in China's internal affairs. It warned New Zealand to immediately stop to avoid further harm to China-New Zealand relations.

A professor of International Relations at Otago University, Robert Patman, said China's actions in Hong Kong grate too strongly with New Zealand's values to be overlooked by the government.

"Basically the root of this is that New Zealand cannot compromise its core values and interests purely because it has a good economic relationship with China. That would be almost a sort of master-servant relationship," Patman said.

It's not clear how China will respond, Patman said, but trade sanctions can't be ruled out.

"China has to be careful, because it may have tense relations with one or two key trade partners but it doesn't want to get into a situation where it's got confrontation on a very wide front, because that would endanger its economic interests and that in turn could bring into question the political legitimacy of the regime in China."

Peters said he remained deeply concerned with the matter, and the government would continue to review its relationship with Hong Kong.