China's Embassy in Wellington is accusing New Zealand of interfering in international relations with its decision to suspend extradition with Hong Kong. 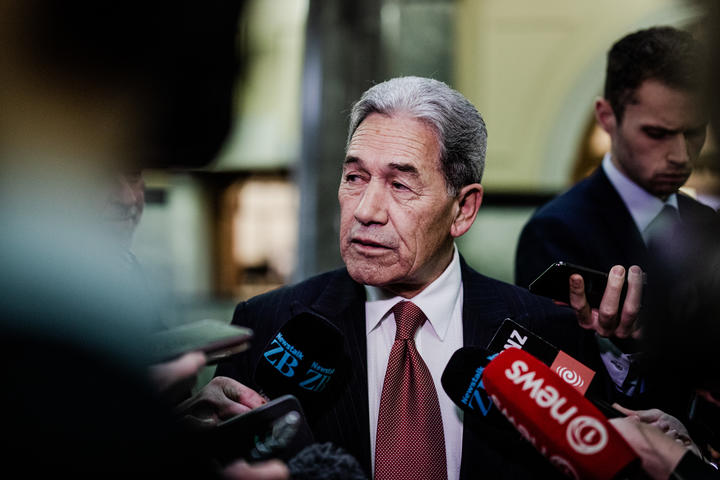 Foreign Minister Winston Peters announced today New Zealand was suspending its extradition treaty with Hong Kong after the passing of a controversial law.

China passed a national security law at the end of June which criminalises forms of political protest in Hong Kong with penalties, including life imprisonment.

Peters said the legislation had "eroded rule-of-law principles" and undermined the 'one country, two systems' rule.

A spokesperson for China's embassy said the suspension was a "gross interference in China's internal affairs".

"The New Zealand government's decision is a serious violation of international law and basic norms governing international relations. It is a gross interference in China's internal affairs. The Chinese side has lodged its grave concern and strong opposition," the embassy said in a statement.

"The Law on Safeguarding National Security in the Hong Kong SAR (Special Administrative Region) is an important step to ensure the steady and sustained implementation of the 'One Country, Two Systems' principle. Its implementation will strengthen Hong Kong's legal framework, ensure social order, improve business environment and contribute to Hong Kong's long-term prosperity and stability."

Prime Minister Jacinda Ardern said in some instances New Zealand would take a different position from that of China, and this was one.

"We do have a mature relationship with China. There have been occasions where we have taken different positions, this obviously will be one of them. We take the same approach to our relationship we always have, we've been very consistent."

"We'll be open where there are areas where we have to adjust our position - this is a clear one for us based on New Zealand's principles."

The government said it would review its decision if China returned to its previously committed position on Hong Kong.

The Chinese embassy in New Zealand said in its statement attempts to pressure China over Hong Kong would not succeed.

"The Chinese side urges the New Zealand side to abide by the international law and the basic norms governing international relations, immediately stop interfering in Hong Kong affairs and China's internal affairs in any forms to avoid further harm to China-New Zealand relations."

Extradition move had agreement from all major parties

Announcing the suspension of the Hong Kong extradition treaty, Peters said the new national security legislation went against commitments China made to the international community in 1997, and it was "clear now that the law is no longer what it was, and therefore the extradition arrangements we have don't stand up".

He said New Zealand would keep the door open to restoring the treaty "if they should go back to honouring the commitment of 1997 then we'd revisit our situation as well."

Ahead of China's statement in response, he said he did not expect any pushback from the country, telling reporters he had "always said when we are given commitments by China we believe them - and I expect them to uphold their commitments."

"I don't think we can be silent, we have to stand up for our values in this area, around democracy, the rule of law and human rights," he said.

"I don't want to be unduly critical, I do think it has been slow though. I note that in recent communiqués from the Five Eyes partners they were in a position of condemning the law, at that time our government - through Minister Peters - effectively expressed concern somewhat below where they were," he said.

The move also had the backing of the Greens.

"It's clear to us that China, in essence, is taking over the Hong Kong legislature and system," co-leader James Shaw said.

"That idea of 'one country, two systems' is breaking down. We think someone who is a Hong Kong citizen over here, we would essentially be exporting them back onto the equivalent of mainland China's law."

ACT also welcomed the announcement, with leader David Seymour saying New Zealand had "finally shown support for our partners in the Five Eyes, a hugely important alliance for our national security".

"Given no such treaty exists with China, New Zealand cannot justifiably extradite people to Hong Kong, as they can now be immediately transferred into Chinese jurisdiction", he says.

China says its security law is needed to tackle separatist activity, subversion, terrorism and collusion with foreign elements - and rejects criticism as interference in its affairs.