The US Treasury has imposed sanctions on Hong Kong chief executive Carrie Lam, and 10 other top officials from Hong Kong and mainland China. 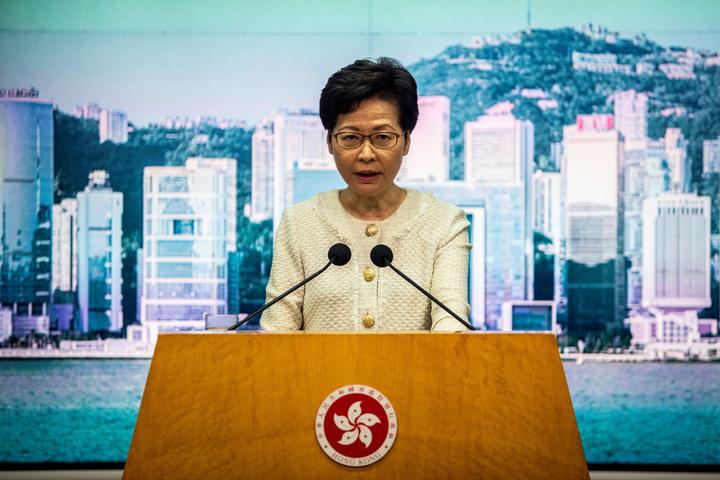 Hong Kong chief executive Carrie Lam and five other officials from Hong Kong and China have been sanctioned by the US. Photo: AFP

"The United States stands with the people of Hong Kong," Mnuchin added.

US-China tensions continue to escalate - the sanctions follow hours after the Trump administration moved to ban US transactions with the Chinese owners of the WeChat and TikTok apps.

Among those sanctioned are Hong Kong's police commissioner and several political secretaries.

The US Treasury directly accused Lam of "implementing Beijing's policies of suppression of freedom and democratic processes".

"In 2019, Lam pushed for an update to Hong Kong's extradition arrangements to allow for extradition to the mainland, setting off a series of massive opposition demonstrations in Hong Kong," the US Treasury added in a statement.

The US has strongly criticised Hong Kong's national security law, with US Secretary of State Mike Pompeo calling it an "Orwellian move" and an assault "on the rights and freedoms of the people of Hong Kong".

China has defended its controversial law as necessary to stop foreign interference in Hong Kong and the often violent pro-democracy protests that took place last year.

Announcing the sanctions today, Pompeo said: "The Chinese Communist Party has made clear that Hong Kong will never again enjoy the high degree of autonomy that Beijing itself promised to the Hong Kong people and the United Kingdom for 50 years.

"President [Donald] Trump has made clear that the United States will therefore treat Hong Kong as 'one country, one system' and take action against individuals who have crushed the Hong Kong people's freedoms."

The 11 sanctioned officials will have all property in the US seized and financial assets frozen.

She told reporters she would "just laugh it off" if the US sanctioned her.

The latest sanctions were authorised by an executive order Trump signed in July aimed at punishing China for its role in Hong Kong's affairs. 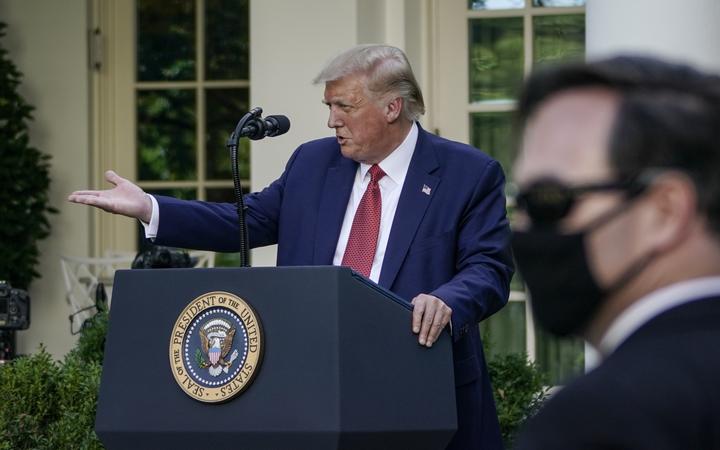 What else has happened with US-China relations?

Tensions between the US and China have risen at an accelerated pace in recent months.

The White House has accused China of lying about the origins of the coronavirus, which emerged from China late last year; of using social media apps to spy on Americans; of "stealing" intellectual property and of hiding a wanted criminal within a Chinese embassy in the US - to name only a few allegations.

Both countries ordered each other's consulates in major cities to close last month as tensions rose.

China has expelled journalists from major US newspapers after the US placed new restrictions on Chinese media outlets that are affiliated with the country's communist government.

China's push into the South China Sea has also alarmed its neighbours as well as the US, which has increased the pace of navy patrols sent into the sea to counter Chinese expansion. 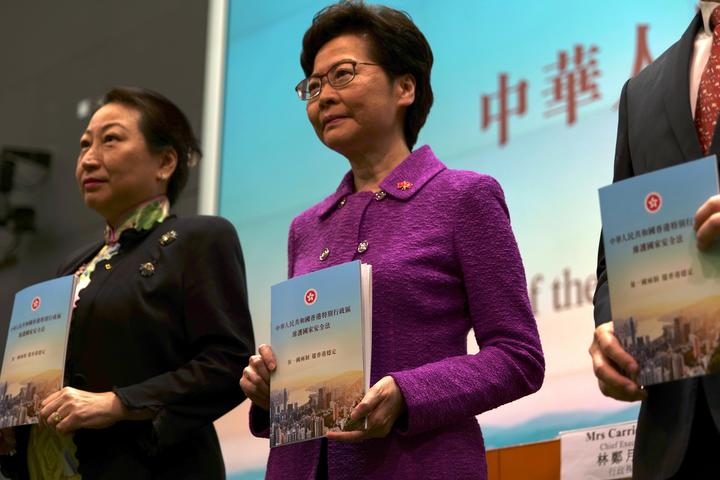 Who are the sanctioned officials?

In addition to Lam, the US also placed sanctions on Chris Tang, the commissioner of the Hong Kong Police Force, and his predecessor Stephen Lo, who directed the police force until 2019.

"Under [Lo's] leadership, over 4000 protesters were arrested and 1600 injured in clashes," the US Treasury said.