A Chinese scientist suspected of visa fraud and concealing ties to the military has fled to China's consulate in San Francisco, the US says. 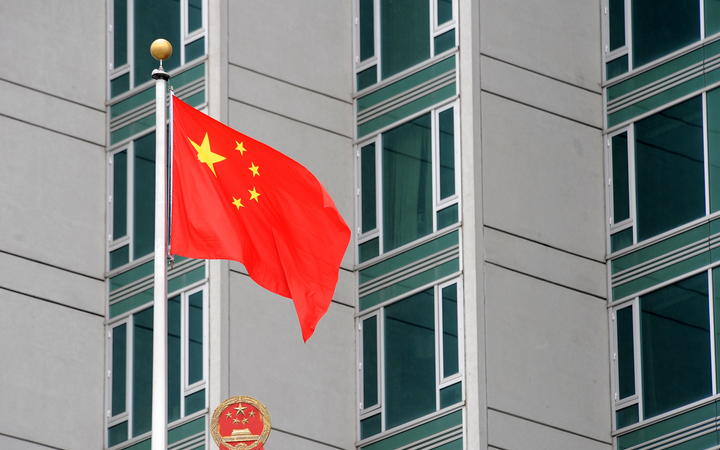 Prosecutors allege that the case is part of a Chinese programme to send undercover army scientists to the US.

On Wednesday the Trump administration ordered the closure of China's mission in Houston, saying it was involved in stealing intellectual property.

China condemned moves against its scientists and consulates in the US.

Foreign ministry spokesman Wang Wenbin accused the administration of using excuses to limit, harass or crack down on Chinese scholars in the country.

In recent months he has clashed repeatedly with Beijing over trade, the coronavirus pandemic and China's imposition of a controversial new security law on Hong Kong.

What are the allegations about the San Francisco mission?

Court filings by prosecutors in a federal court in San Francisco say the defendant, named as Juan Tang, was a biology researcher at the University of California, Davis.

According to the filings, during an interview with FBI agents last month she said she had not served in the Chinese military.

However, the document says, an open-source investigation uncovered photos of her wearing military uniform and a search of her home found further evidence of her affiliation with China's People's Liberation Army (PLA).

"At some point following the search and interview of Tang on June 20, 2020, Tang went to the Chinese consulate in San Francisco, where the FBI assesses she has remained," the court filing, first reported on by the Axios news site, reads.

"As the Tang case demonstrates, the Chinese consulate in San Francisco provides a potential safe harbor for a PLA official intent on avoiding prosecution in the United States."

Prosecutors say that this is not an isolated case but "appears to be part of a program conducted by the PLA" to send military scientists to the US on false pretences.

The document also highlights the cases of two other researchers arrested in California in recent weeks for lying about their alleged ties to the military.

What is happening at China's consulates?

The Houston consulate came under scrutiny on Tuesday when people overlooking the building's courtyard noticed several bins on fire.

Footage showed people throwing what appeared to be paper into the bins.

Emergency services were called to the building but Houston police say they were not granted access.

On Wednesday, the administration gave China 72 hours to close the consulate "to protect American intellectual property and Americans' private information".

Secretary of Mile Pompeo said: "We are setting out clear expectations for how the Chinese Communist Party is going to behave. And when they don't, we're going to take actions that protect the American people, protect... our national security, and also protect our economy and jobs."

The consulate is one of five in the US, not counting the embassy in Washington. China described the closure as a "political provocation".

What is stoking tensions between China and US?

There are a number of flashpoints between Beijing and Washington currently. Some of the most serious are: