Protests held across Australia over the weekend following the death of US man George Floyd have renewed a national push to take down statues considered offensive to Indigenous Australians. 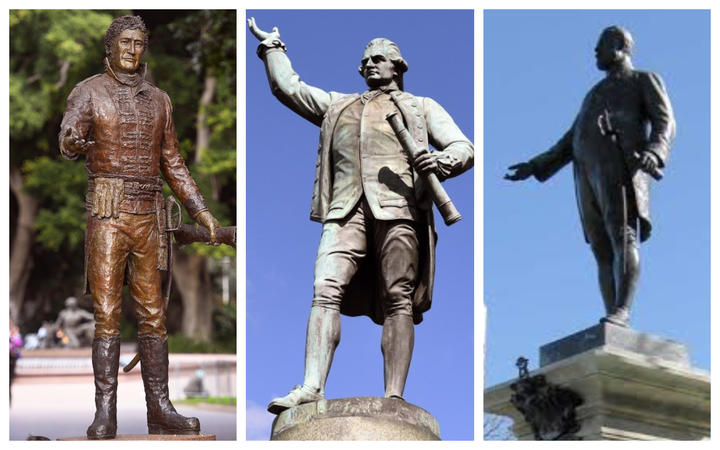 There have been widespread calls on social media for the removal of monuments to colonisers, explorers and colonial administrators, including ones of Lachlan Macquarie and Captain James Cook in Sydney, which previously sparked widespread controversy.

Another to have been singled out is in Adelaide's Victoria Square - where Black Lives Matter protesters gathered on Saturday - which depicts former premier Charles Cameron Kingston, who is regarded as one of the godfathers of the White Australia policy.

Adnyamathanha and Ngarrindjeri woman Jacinta Koolmatrie posted a photo of the statue on social media.

"Anyone else been thinking about which statues in their city would be targeted after seeing so many taken down? I have," the archaeologist posted on Twitter.

"Charles Cameron Kingston would likely be one of them in Adelaide. He was considered 'the originator of the White Australia policy'."

Anyone else been thinking about which statues in their city would be targeted after seeing so many taken down? I have.

Charles Cameron Kingston would likely be one of them in Adelaide. He was considered "...the originator of the White Australia policy. " pic.twitter.com/KuKDwps46x

Kingston was an original federal MP and was opposed to Chinese immigration to Australia.

The push to remove the monument comes after Black Lives Matter protesters in the UK tipped a statue of 17th-century slave trader Edward Colston into Bristol Harbour at the weekend, while a statue of slave trader Robert Milligan was removed in London yesterday.

Confederate statues have also been removed in several US cities, including in Richmond, Virginia, and Louisville, Kentucky. 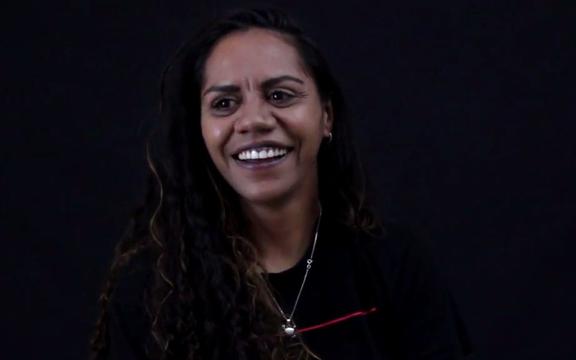 Award-winning South Australian actress Natasha Wanganeen is another to have called for the removal of the Kingston monument.

The Kaurna, Narungga, Ngarrindjeri and Noongar woman said it was a negative "trigger" for many Indigenous Australians.

"I would support that statue being removed and being replaced with somebody who was respected by both white and black people here," she said.

"Looking at that statue every day as an Aboriginal woman, walking out of my house, it is a mental health trigger.

"Why can't we replace these racist people and their statues with people who actually tried to bring our state together?" Wanganeen said.

Australian National University history professor Bruce Scates is a proponent of "dialogical memorialisation", where things such as plaques are added to existing monuments to explain history from a modern perspective.

One example is the Explorers' Monument in Fremantle, which now includes a plaque noting that the original memorial did not mention "the right of Aboriginal people to defend their land, or of the history of provocation which led to the explorers' deaths".

He said removing statues altogether "removed that opportunity for discussion", and suggested updating them with fuller historical accounts.

"I think when you do that you actually create a platform for discussion," Professor Scates said.

"If there was a feeling among Aboriginal people that a statue like that should be removed, it would reflect that.

"The reality is we shouldn't aspire to racism and a society that's less equal and fair."

Kingston led the move in South Australia's Parliament for the colony to become the first in Australia to allow women to vote in 1894.

The 250th anniversary of the landing in April was overshadowed by the coronavirus pandemic.

Statues of Cook in Melbourne and in Sydney's Hyde Park have previously been vandalised - the latter being painted with the words "change the date" and "no pride in genocide".

Wanganeen said if Cook was to be immortalised in stone, then Australia should tell the truth about him. 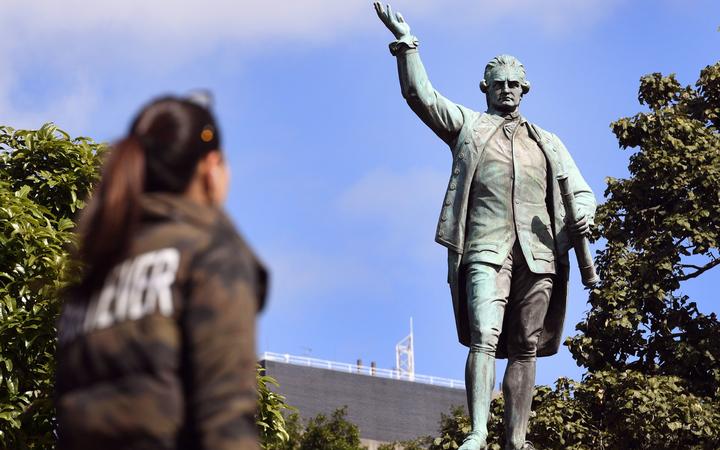 She said if people paid more attention to the country's history, they would not want to celebrate Cook.

"Why would people want to celebrate somebody like that? It's disgusting."

The University of Melbourne's Richard Berry Building was renamed after mathematician Peter Hall in 2017 following a campaign by students and academics.

Berry was a eugenicist who pushed for the sterilisation of Aboriginal people.