The killing by police of unarmed black man George Floyd in the US has galvanised activism around the world including an outpouring of support from the Pasifika community in New Zealand.

Advocates say Pacific people can relate to the targeting and harassment by police that the Black Lives Matter movement has highlighted.

They have similar concerns for the community here. 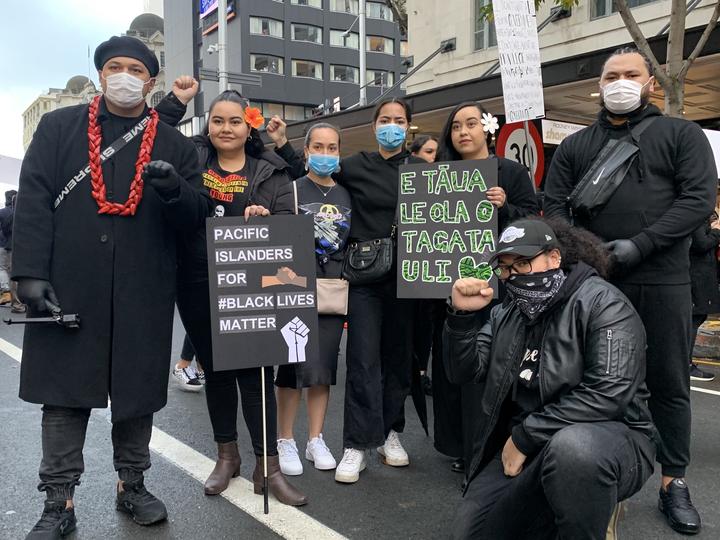 Solidarity with Black Lives Matter motivated the Pasifika lawyer and union organiser Lisa Meto Fox to attend Monday's protest. She also wanted to show the US the world was looking on.

"When I watched that video of the murder of George Floyd, I just felt this really visceral rage that something like that could happen," she said.

"And I thought that protesting is an important way of doing something about that." 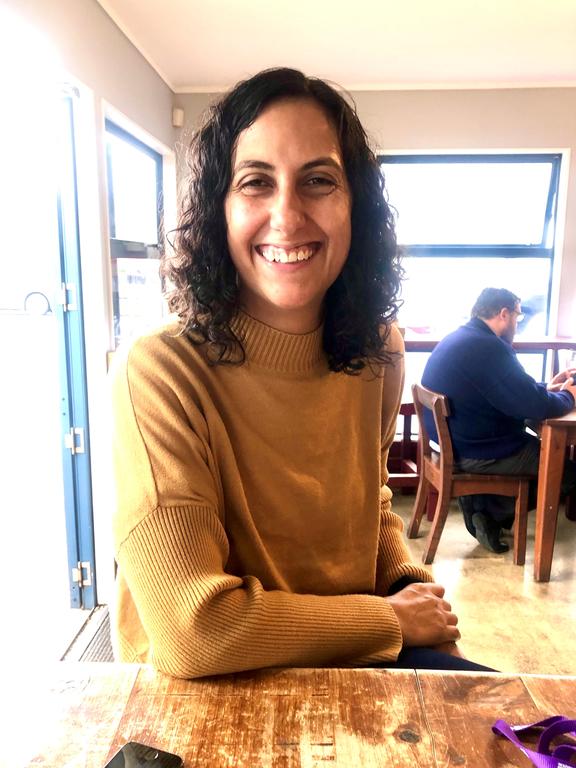 The huge turnout of young brown faces among the 10 to 15,000-strong Auckland protest showed it was important to many in the community.

"The Black Lives Matter movement really resonates with us in New Zealand as Pasifika people because we connect with their struggle. Our histories are different but the fundamental experience of systemic racism is the same."

One of New Zealand's original Pasifika civil rights champions, the Polynesian Panthers co-founder Will 'Ilolahia, said he was very proud to see the next generation out there, including his children.

"Our 'Cubs' as we call them in the Panthers. That they carried on the mahi and didn't have to be encouraged by their parents," said Mr 'Ilolahia.

"Because they could see themselves, that all the protests we did in the 60's and 70's against America, trying to tell them to treat our black brothers and sisters equally, it's still happening."

The Polynesian Panthers have also inspired another generation of Pacific protesters including the Pacific Climate Warriors.

Their Auckland co-ordinator Christopher Tenisio said they marched to tautoko their African-American sisters and brothers.

Past protests by Pacific people, including Samoa's independence movement The Mau and The Polynesian Panthers against the Dawn Raids of the 1970's, provided inspiration according to Mr Tenisio. But those in the Pacific climate space share similar disparities when looking for justice from large powerful predominantly Western nations, he added.

"The biggest injustice is that our indigenous don't have a voice and we find that that's similar to the movement of the Black Lives. Yeah the injustices of climate and the injustice of racism, we find similarities between the two movements."

A more US style of policing here is a real fear for Pacific people but racism and profiling already happened in Aotearoa, said Mr Tenisio. He cited a recent pilot programme arming officers and said if it were ever rolled-out it would pose a risk to the safety and security of Pacific communities.

"Police trialled armed policemen in Manukau and that's where I live. Myself and the Warriors, we were quite threatened and quite scared that our police officers were going to be carrying arms in our suburbs. We find that there was no need for that," he said.

"Sure there are issues that are happening in our suburbs but we didn't see that we had to go to such drastic levels of bringing guns into New Zealand." 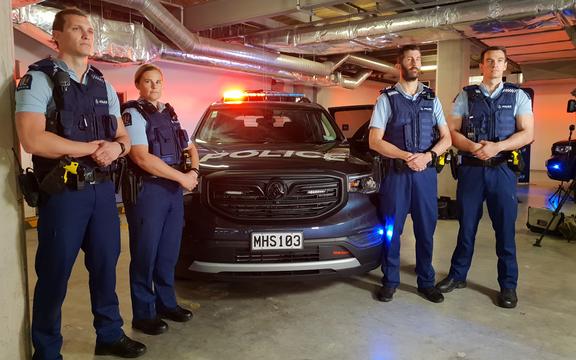 The trial has finished but concerns remain.

The matua of the New Zealand civil rights movement, Will 'Ilolahia, was against the Armed Response Teams' test and any further arming of the force.

Citing police statistics over the last decade, Mr 'Ilolahia said they showed how people of colour were already suffering.

"Sixty-seven percent of those that have been shot by this so-called special squad or Armed Offender Squad are Māori or Pacific. And then when you correlate that to similar struggles of indigenous and people of colour, IE where Black Lives Matter, that's the reason why we came out in force."

Lisa Meto-Fox agreed saying the arming of all officers would present a threat to Pacific people who were already disproportionately policed in New Zealand.

"The Armed Response Teams. Yeah, I think that they're a really huge concern for Pasifika people and also Māori people," she said.

"And that's because, when I was working at the Otara community law centre, I'd never seen so many police in my life, they were just everywhere, all of the time."

Beyond the heavy handed approach to policing of Pacific communities, Ms Meto Fox pointed to the many negative statistics around health, education and income disparity which are also common themes that need addressing.

"Because when we look at our people, particularly our Pacific women, we are the lowest paid in New Zealand with of course our Māori sisters and brothers next" she said.

"And so that ethnic pay gap and, they talk about in America, that 'income divide along racial lines' is very much an issue here in New Zealand."

This has manifested itself in an economic apartheid in Auckland, she continued, where suburbs are now divided along racial lines.

Ms Meto Fox said this has led to a sense of political hopelessness for many Pasifika youth who see their power in protest. 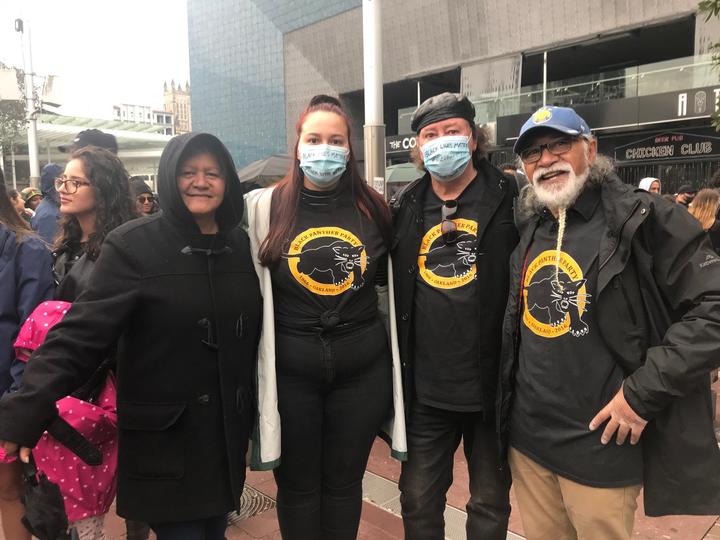