A last-ditch attempt to lawfully authorise a Black Lives Matter protest in Sydney has been successful in the NSW Court of Appeal. 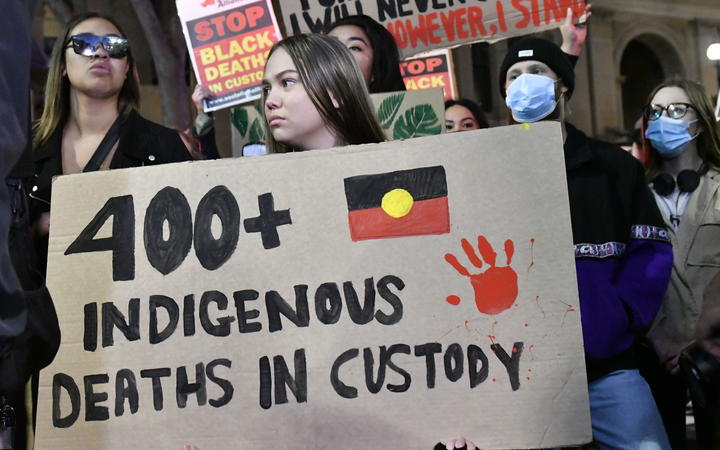 Thousands of people protested in Sydney to oppose the deaths of Indigenous people in police custody. Photo: AFP / NurPhoto

The decision means protesters who attend will be immune from prosecution for breaching public health orders.

The Supreme Court yesterday ruled the protest was not authorised.

An urgent appeal was lodged in the NSW Court of Appeal this morning, which was granted deeming the assembly authorised.

Organisers challenged the decision, saying there were significant flaws amounting to a jurisdictional error.

Up to 10,000 people were expected to attend the gathering at Town Hall on Saturday afternoon.

The court ruled organisers required a specific order for the rally to proceed in the absence of agreement by the state's police commissioner.

Greens MP David Shoebridge confirmed organisers had lodged an appeal at the NSW Court of Appeal, just hours before the protest was due to start.

Shoebridge said the case presented argued that "the judge got it wrong".

"The organisers have received strong advice from lawyers across the legal community that the decision has significant flaws that amount to jurisdictional error," he said in a tweet.

"There are so many people coming into the city that we want to be sure on behalf of the organisers it can be done as safely as it possibly can be done, and that means for the protest to be able to spill onto the road without repercussions for that to occur," he said.

Shoebridge said authorisation to march on the street was the safest way to ensure social distancing.

On Friday, Justice Fagan acknowledged he was balancing the recognised right of public assembly against health risks, but ultimately said a rally of even 5000 people was "a very undesirable idea" given the current health advice.

NSW Police Minister David Elliott warned those heading to the protest today could risk lives, and police were "well prepared".

"Nobody wants to see freedom of speech exercised more than me, and I think that while the cause being advocated is more than honourable, I think the protest will put lives in danger," he said on Saturday morning.

Thousands of people indicated on the event's Facebook page they planned to attend.

The protests follow more than a week of turmoil globally after African-American man George Floyd died while in police custody in Minneapolis.

In Sydney earlier this week, outrage was sparked when a police officer was caught on camera leg-sweeping an Indigenous teen.

The incident is under investigation by the police Professional Standards Command.