British anti-racism protesters briefly clashed with mounted police yesterday, as thousands gathered in central London to protest against police brutality after the killing of George Floyd in Minneapolis. 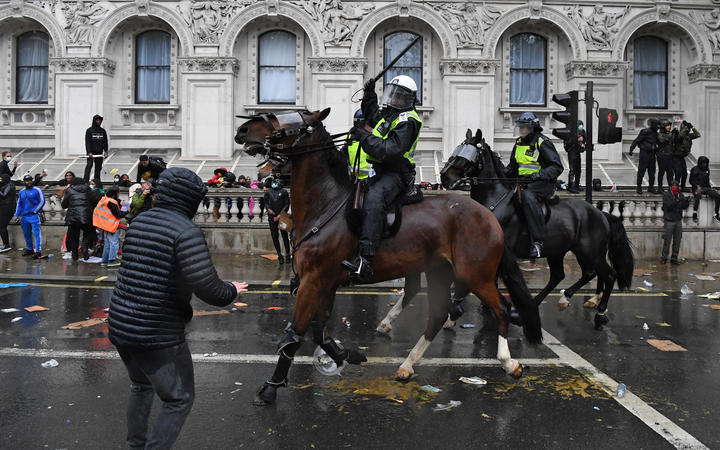 After a largely peaceful day, small numbers of protesters near Prime Minister Boris Johnson's Downing Street residence threw bottles at police, and mounted officers charged at protesters to push them back. One officer required hospital treatment after falling from her horse, police said.

Later, a group of protesters attacked a dummy resembling US President Donald Trump, while others threw flares.

More than a thousand protesters marched past the US Embassy on the south bank of the River Thames. 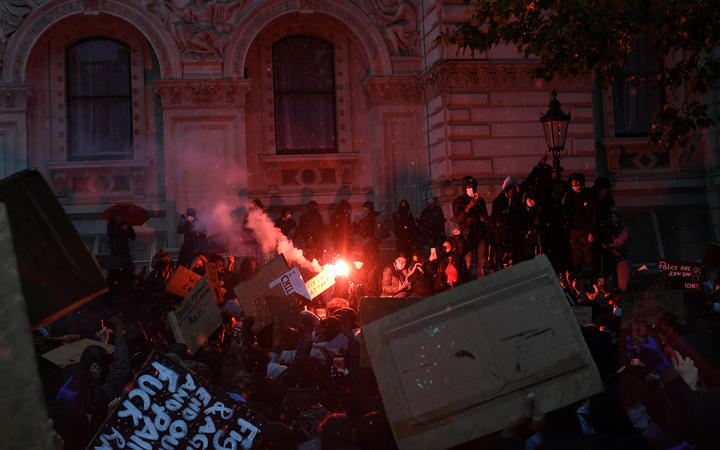 Thousands of protesters also crowded into the square outside parliament, holding "Black Lives Matter" placards and ignoring government advice to avoid large gatherings due to the risk from the coronavirus.

"I have come down in support of black people who have been ill-treated for many, many, many, many years. It is time for a change," said one protester, primary school teacher Aisha Pemberton, 39.

Another protester, IT specialist Kena David, 32, said Britain was guilty of racist abuses too - "Everything you see around you is built off the backs of black and brown bodies."

Saturday's protests reflect global anger over police treatment of ethnic minorities, sparked by the 25 May killing of Floyd, when a white police officer detaining the black man knelt on his neck for nearly nine minutes as fellow officers stood by. An officer has been charged with murder while three of his colleagues stand accused of aiding and abetting the killing.

Demonstrations also took place in other British, European and Asian cities yesterday, after tens of thousands of people chanting "no justice, no peace, no racist police" marched through central London on Wednesday. 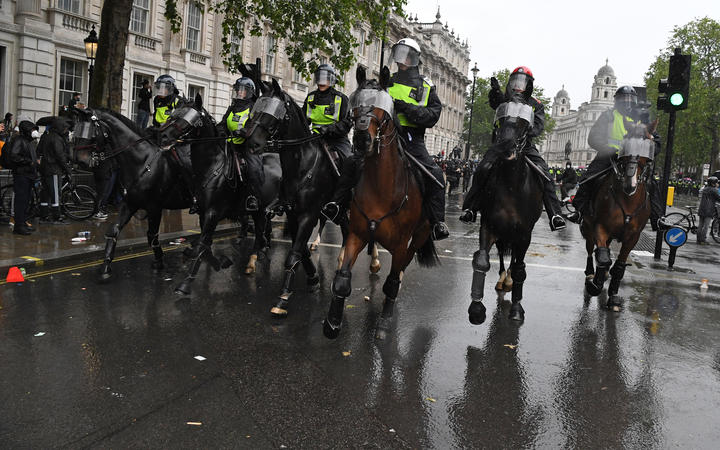 Reclusive street artist Banksy published a new artwork online showing the US flag being set alight by a candle that formed part of a memorial to an anonymous, black, silhouetted figure.

Before Saturday's protest in London, the US ambassador to Britain condemned Floyd's death and said the United States needed to do more to fight racism and injustice.

"It is through peaceful protests that injustice is most successfully addressed," said Ambassador Woody Johnson. 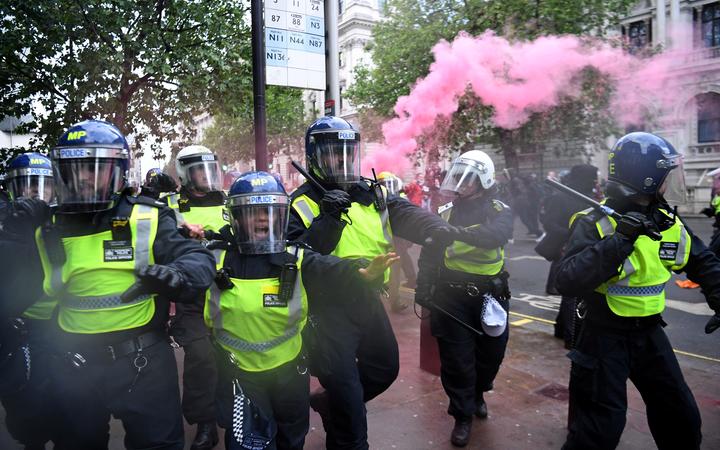 Protests sparked by the death of Floyd are also being held in Manchester, Cardiff, Leicester and Sheffield.

The vast majority of yesterday's protests were peaceful, with most protestors wearing face coverings and many in gloves.

Meanwhile, in Northern Ireland, police said they had issued "a significant number" of fines given the dangers of crowds in the pandemic.

In Glasgow, anti-racism campaigners renamed streets that have links to the slave trade, replacing street signs with the names of enslaved Africans, black activists and victims of police brutality. Demonstrations are scheduled in Glasgow, Edinburgh and Aberdeen on Sunday.

Protests began in the US after a video emerged of Floyd, 46, being arrested in Minneapolis.

Videos showed Floyd, who was unarmed and in handcuffs, gasping that he could not breathe while a white police officer knelt on his neck.