Residents have been allowed to return home after bushfires burning throughout the New South Wales South Coast in Australia eased, but only the lucky ones found a house there to greet them. 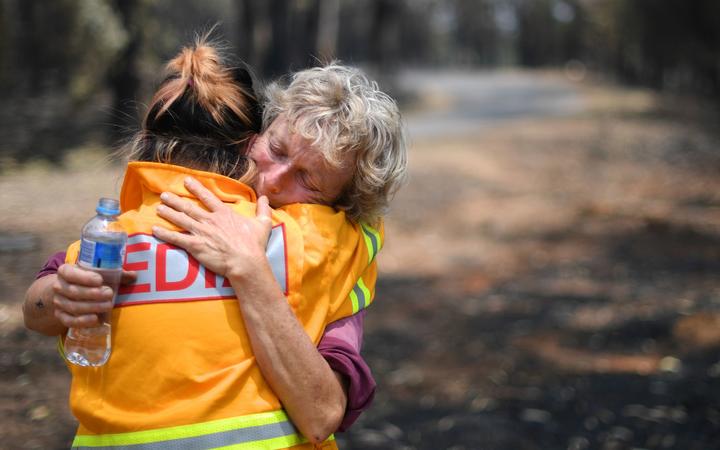 Orchardist Stephenie Bailey is overcome as she describes the impact of the bushfires on her farm in Batlow, New South Wales. Photo: AFP

The Rural Fire Service (RFS) has confirmed at least 2136 homes have been destroyed during the state's bushfire season.

More than 1200 homes have been lost since New Year's Eve.

"We've lost everything," Conjola Park resident Margaret Lyttle said. "I can't get over it, it's just enormously sad for me."

Her home was one of 89 lost in the town.

Read more on the Australian bushfires

With a week of reprieve in fire conditions, her husband began the insurance process, but found it challenging.

"I just couldn't deal with the claim process. I just sent in a general enquiry with some pictures of before and after of the house and let them deal with it," Shane Lyttle said.

"I just emotionally could not deal with filling out the paperwork," he said.

This was a special moment to witness.
Surrounded by their crumpled homes, a gathering of Conjola Park neighbours said goodbye to their memories before they begin to rebuild. https://t.co/99ANsKugYh@abcnews #AustraliaisBurning pic.twitter.com/RKTEsWXO7d

Down the street, neighbours Ken and Katrina Walsh held a party to mark the end of an era.

"Just to say sort of thanks for the memories and now it's time to get up and move on and let's get in there, get the insurance stuff sorted out and hopefully get a house back up so we can all move back in again," Mr Walsh said.

This bushfire season was always predicted to be ferocious, but with months of hot weather to go, it has already left a scar on the nation. 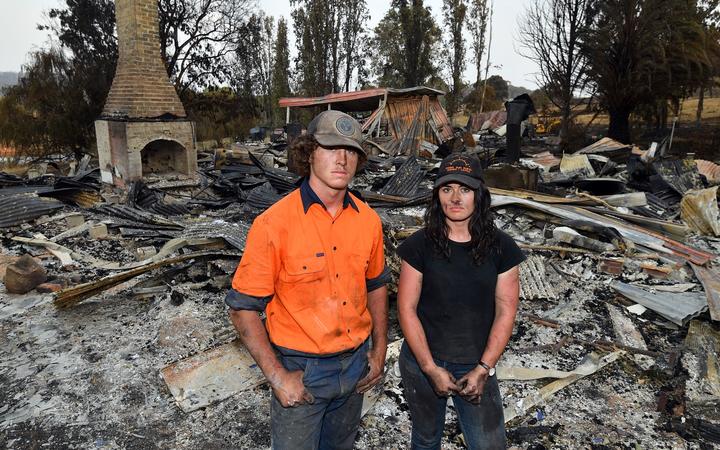 Kiahan Bellchambers, right, and her brother, Jesse Bellchambers, among the ruins of their house destroyed during bushfires in Batlow. Photo: AFP

"I think if we can help people get on the front foot, start to feel like they can manage it and be positive about the steps we have to take then we'll do that," Ms Walsh said.

For many people across the region that will involve finding longer term accommodation, applying for financial assistance and lodging insurance claims.

But the break in bad conditions will also allow firefighters to at last get some rest.

"It's been a big fire fight effort, not just locally here for over a month but we had crews up in the north of the state since September last year, so it's been a very long fire season so far," Currowan fire incident controller superintendent Mark Williams said.

That effort has taken a toll on volunteers. 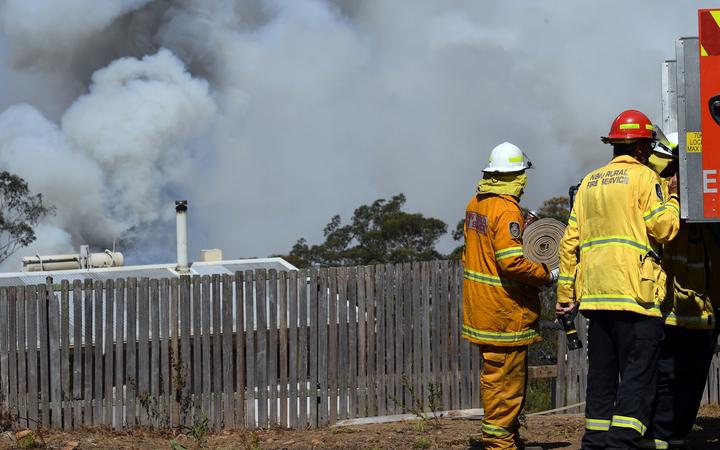 Firefighters secure a house in Penrose in NSW as smoke rises from another bushfire. The long fire season is taking a toll on firefighters, incident controllers say. Photo: AFP

After weeks of warning the public to stay away, the RFS and police declared the South Coast reopened for business.

It is hoped the cooler weather forecast will bring some cashflow to towns whose holiday trade has been critically cut off.

At the Ulladulla monthly market, that was front of mind.

"You come into Ulladulla and there's no-one around, it's disheartening for the shopkeepers," market stall holder Alec Leach said.

"This is our money, probably 50 percent for the whole year is normally earned in January-February, so the impact is going to be far reaching," said Ulladulla resident Anna Brunton.

The weather lull may be a godsend for some but locals wise to the nature of the bushfires know the calm is only temporary.

"It might help the firefighters with some fatigue but for the community, we're on high alert," Margaret Lyttle said.

"We just don't know what will happen next."

Despite the fear, wherever you go along the South Coast, there's still optimism.

"Plants in the garden have started to shoot, new veggies have come through so if nature can survive this and grow a little each day then we can be tough as well," said Katrina Walsh. 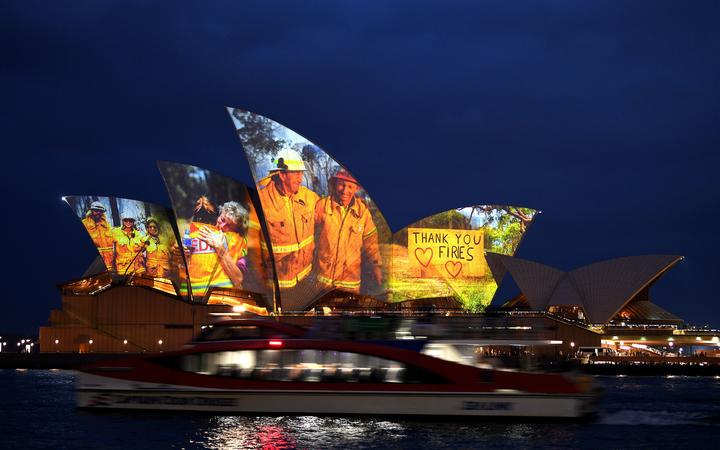 The Sydney Opera House was lit up on Saturday as a mark of respect for those communities hardest hit by the bushfire crisis and to thank all the firefighters. Photo: AFP