As almost half of Australia's third largest island burned, its mayor used social media to criticise former US president Barack Obama for connecting what he called "the very real and very urgent consequences of climate change" with Australia's bushfires. 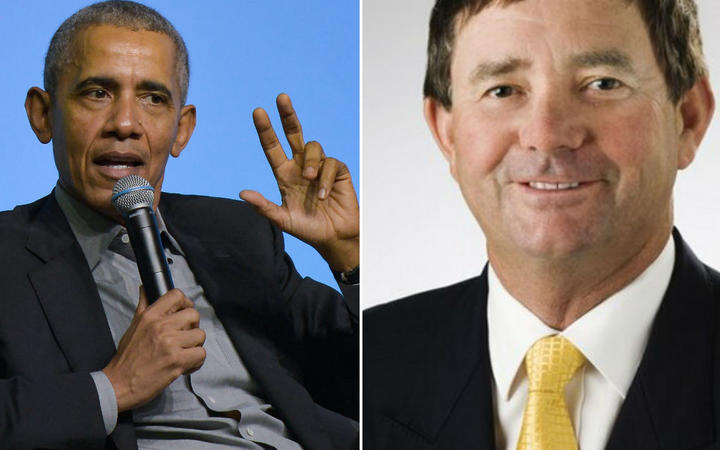 Kangaroo Island Mayor Michael Pengilly responded to a tweet by Barack Obama by saying climate change was not connected with the bushfire that has burnt almost half of the 4400sq/km island.

"So, so foolish in your pronouncement. My respect for you has totally evaporated. Pathetic," Pengilly said of the former president on Twitter.

Obama had tweeted a New York magazine article criticising the lack of international media coverage of the blazes.

So,so foolish in your pronouncement. My respect for you has totally evaporated . Pathetic https://t.co/Dof76tgniU

"Should be thrown on the political rubbish heap," one user said.

"You are a fool to ignore science," another person wrote.

Others, though, supported him. One user said Pengilly had "led from the front" in responding to the Kangaroo Island bushfires.

"I don't think he should have entered into it," he said."I just think he's wrong."

He said climate change was "not connected" with the Kangaroo Island fires, since bushfires would have regularly ravaged the island even before European settlement.

"They would have just burned themselves out until they got rained on," he said.

"[The protest] won't gel with the vast majority of islanders and is a total green-left con job," Pengilly told The Islander newspaper.

"I am disgusted with kids being used in such a manner."

He quit Parliament in 2018 and was elected mayor of Kangaroo Island later that year.

He was chairman of the South Australian Country Fire Service board from 1995 to 2000.

Opposition environment spokeswoman Susan Close said Pengilly was "wrong is to ignore scientific evidence and to dismiss it in a very brief tweet".

"The fact that he's using such trivialising language about an issue as comprehensively significant as climate change just demonstrates he should sit these debates out, concentrate on working with the community on the fires, and leave the people who understand the science to have proper discussions," Close said.

"The onus is on Michael Pengilly to explain why he thinks talking about climate change - when we're already at 1 degree Celsius of warming across the planet - is 'foolish' or 'pathetic'."

"It's not surprising," she said.

"They're trolls having a crack," he said. "You're not allowed to have an opinion."