Russia has rejected claims that one of its navy vessels had come dangerously close to a US Navy destroyer in the North Arabian Sea. 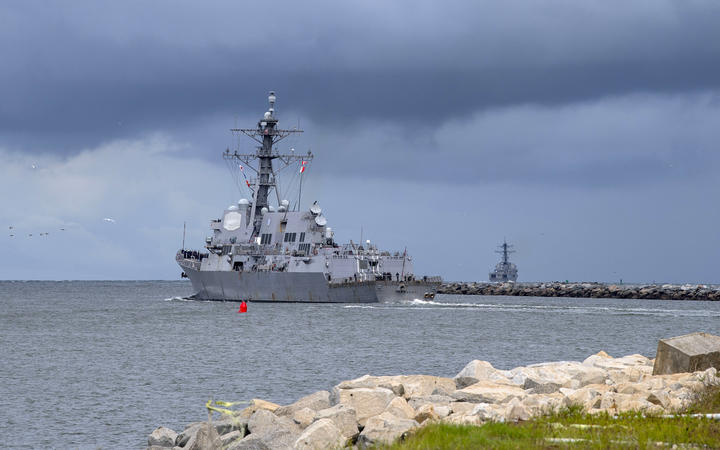 Russian news agencies cited a statement by the Russian Ministry of Defence that said a US Navy vessel had crossed the Russian ship's path, in an action it deemed "an intentional violation of international maritime security norms".

The US Navy's Bahrain-based Fifth Fleet said this morning that a Russian ship had "aggressively approached" US destroyer USS Farragut yesterday, which had then sounded five short blasts and requested the Russian ship alter course.

"The Russian ship initially refused but ultimately altered course and the two ships opened distance from one another," the Fifth Fleet's statement said.

Russia's Ministry of Defence said in its statement that the US Navy vessel had crossed the Russian ship's path, in an action it deemed "unprofessional".