More than 3500 people have signed a petition calling for koalas to be introduced to New Zealand in the wake of devastating wildfires in Australia, but experts say there are other ways to support the stricken species. 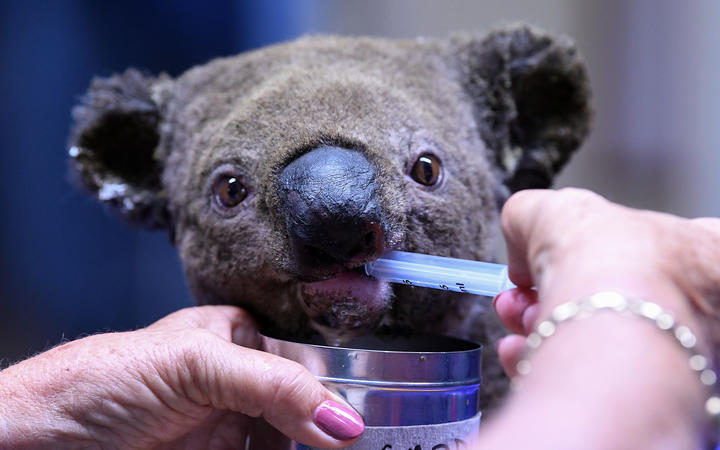 Millions of animals have been impacted by the wildfires currently raging across the continent and there are concerns for how the remaining ones will manage given the loss of vegetation.

A new Change.org petition says the best solution for the koala is to introduce the marsupial to the roughly 28,500 hectares of eucalypts planted mostly in the central North Island.

Signatories to the petition said koalas were cute and bringing them over here would help save them from further population reduction.

But not everyone is a fan, with one Twitter user pointing out other introduced species from Australia have caused havoc for New Zealand wildlife.

Don't get me wrong I am as sad for koalas as the next person. But are we sure that releasing a marsupial into a country with traditionally almost no mammals is a good idea. If only we had some cautionary tale to go off... pic.twitter.com/ZSTEJDHRjd

Possums were introduced to New Zealand in the 1850s to establish a wild source for food and fur pelts, but the population exploded into the millions and they remain a pest today.

Wellington Zoo animal science manager Simon Eyre said koalas that had been through the fires would need daily husbandry as well as extensive veterinary facilities and expertise.

He said he believed any assistance should be provided directly to the Australian authorities dealing with the fallout from the fires.

"For us, it would be assisting in Australia and it wouldn't only be koalas, it would be other species affected by the fires as well.

Auckland Zoo would not comment directly on the petition but said the best way to support Koalas was through trusted organisations like the WWF.