An Australian firefighter has died while working on a blaze near Omeo in Victoria's east. 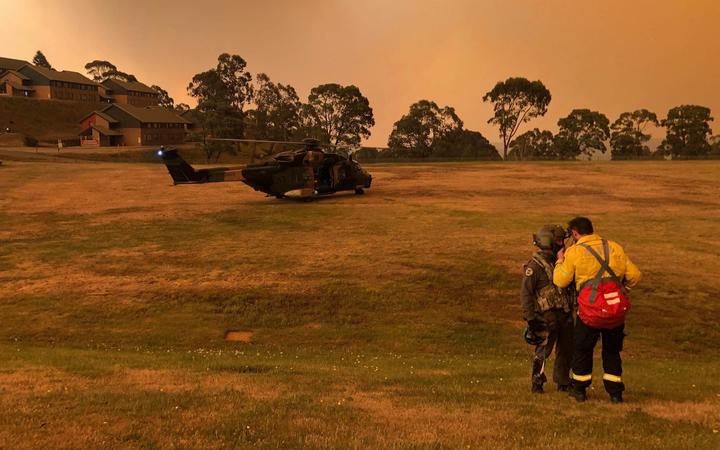 Forest Fire Management Victoria chief fire officer Chris Hardman said the firefighter was involved in an incident while working in the area around the town in East Gippsland.

"Family and fellow emergency personnel are being informed and will be supported," Hardman said.

"The safety and wellbeing of our people is our highest priority."

Victoria police will investigate the matter and prepare a report for the coroner.

It takes the state's bushfire death toll to four, including Mat Kavanagh, another Forest Fire Management Victoria employee who was killed in a road crash on Wednesday.

It’s with great sadness that I share the news of the loss of one of our own during what has been an extremely difficult and challenging time for many. Mat Kavanagh was a dedicated member of our team for 10 years and was much loved. Our hearts go out to Mat's family and friends. pic.twitter.com/KXWIHn6UFt

"On that day he had extinguished seven unattended campfires. He was doing incredibly critical work," Hardman said at the time.

Buchan man Mick Roberts was the first victim of the bushfire emergency in Victoria, and Maramingo Creek timber worker Fred Becker was confirmed dead at the weekend.

Reuters reported the latest death meant the fires across Australia had killed 28 people since September.

Conditions have eased across Australia, with authorities expecting at least a week of milder weather in which to step up defences against the huge blazes still burning.

On the New South Wales and Victoria border, fires merged to cover more than 640,000 hectares of land.

In total more than 123 fires were still burning across New South Wales, with at least 47 still described as uncontained.

The state's Rural Fire Service said more than 2000 homes had been destroyed so far this fire season.