Iran's only female Olympic medallist, Kimia Alizadeh, says she is "one of the millions of oppressed women in Iran". 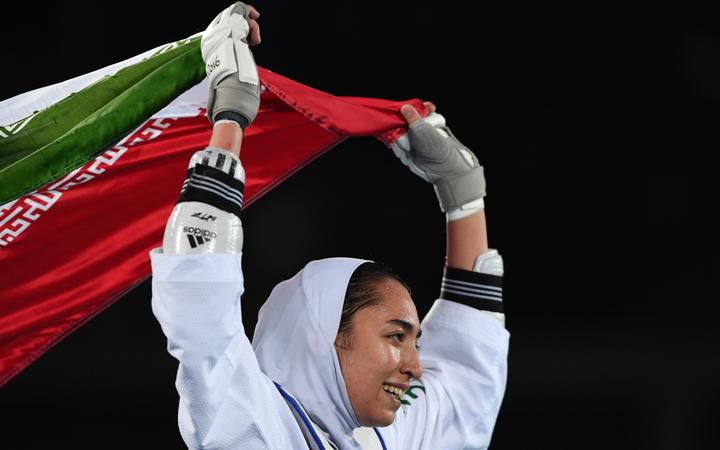 Kimia Alizadeh, who won a bronze medal in taekwondo at the Rio Olympics, says officials have humiliated her and the government has exploited her. Photo: AFP

Alizadeh, 21, posted on social media that she had left Iran because she didn't want to be part of "hypocrisy, lies, injustice and flattery".

Alizadeh did not say where she was, amid reports that she has been training in the Netherlands. She made history for Iran in 2016 when she won a bronze medal in taekwondo at the Rio Olympics.

But in her social media posts she said authorities in the Islamic republic had used her success as a propaganda tool.

Her defection comes as Iran is gripped by protests - stemming from the accidental shooting down of a Ukrainian airliner on Wednesday, in the middle of a major confrontation with the US. 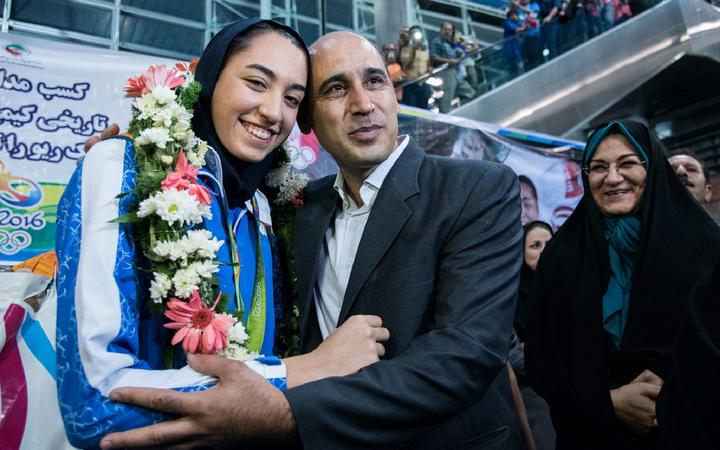 Kimia Alizadeh, who became the first Iranian woman ever to win an Olympic medal, is greeted by her father Keivan Alizadeh at Imam Khomeini International Airport in Iran's capital, Tehran in August 2016. Photo: AFP

"I am one of the millions of oppressed women in Iran whom they've been playing for years," she wrote.

She added that although the government would exploit her sporting success politically, officials would humiliate her with comments such as: "It is not virtuous for a woman to stretch her legs."

Alizadeh denied she'd been invited to Europe or given a tempting offer and did not confirm which country she had gone to.

On Thursday, the semi-official Isna news agency carried a report that said: "Shock for Iran's taekwondo. Kimia Alizadeh has emigrated to the Netherlands."

The agency reported that Alizadeh was hoping to compete at the 2020 Tokyo Olympics but not under the Iranian flag.

Announcing her intention to leave Iran, the sportswoman did not mention her plans but said she would remain "a child of Iran" wherever she is.