Iranian women have attended a World Cup qualifier in Tehran after being freely allowed to enter a stadium for a men's match for the first time in decades. 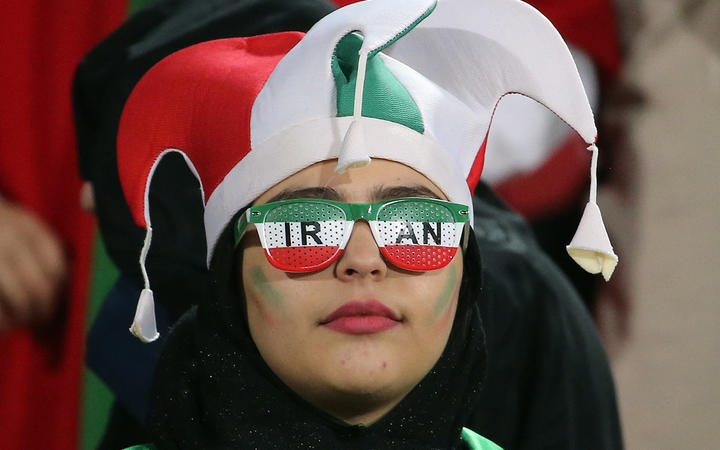 The 3500 tickets for women fans reportedly sold out within minutes. Photo: AFP

Women have effectively been banned from stadiums when men are playing since just after the 1979 Islamic revolution.

The change followed the death of a fan who had set herself alight after being arrested for trying to attend a match.

But Amnesty International described the move on Thursday as a "cynical publicity stunt".

The human rights organisation said there were only a "token number" of tickets for female fans as it called for all restrictions on female attendance to be lifted.

More than 3500 women bought tickets to Thursday's World Cup qualifier against Cambodia, where they were granted access to a special women's-only section of the Azadi Stadium. The stadium has a capacity of about 78,000.

The tickets for women reportedly sold out within minutes.

Photos from inside the stadium showed female football fans excitedly waiving Iranian flags and cheering on their team. They were elated to see Iran win the match 14-0.

"We had fun for three hours. All of us laughed, some of us cried because we were so happy," one woman posted on Twitter. "We had this experience very late in our life but I am so happy for younger girls who came to the stadium today." 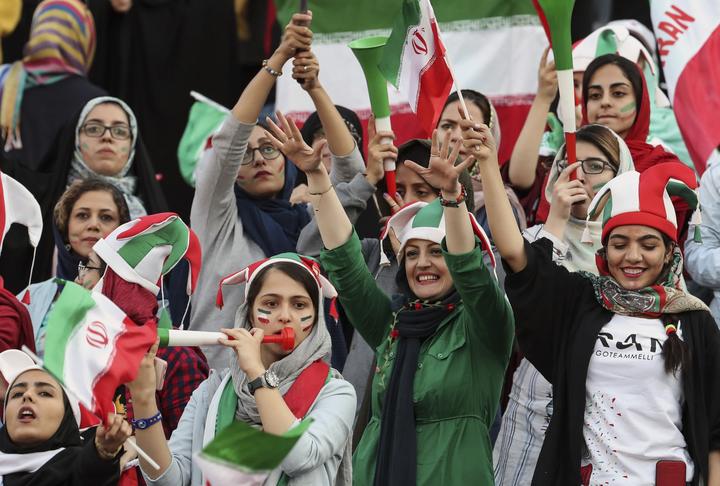 Iranian women football fans were allowed to enter a stadium for a men's match for the first time in decades. Photo: AFP / Anadolu Agency

Women were previously allowed into the Azadi Stadium to watch a screening of their team playing Spain in the 2018 World Cup, but Thursday was the first time in decades they had been allowed to watch a game on Tehran's pitch.

The issue of gender discrimination in Iranian football came to global prominence last month when Sahar Khodayari, known as "blue girl" because of the team she supported, set fire to herself outside court while awaiting trial for trying to attend a match disguised as a man. The 29-year-old died a week later.

Football's governing body Fifa responded by stepping up pressure on Tehran to meet its commitments to allowing women to attend World Cup qualifiers.

It said this week that it would "stand firm" in ensuring that women had access to all football matches in Iran.

"It's not just about one match. We're not going to turn our eyes away from this," Fifa's head of education and social responsibility, Joyce Cook, told BBC Sport.

"We are firm and committed that all fans have an equal right, including women, to attend matches."

Saudi Arabia last year allowed women for the first time to attend a football match as part of an easing of strict rules on gender separation by the ultra-conservative Muslim country.