By Sarah Leberman and Rachel Froggatt

There's a pervasive myth, an idea that every second person in the street seems happy to share, that no one watches women's sport. 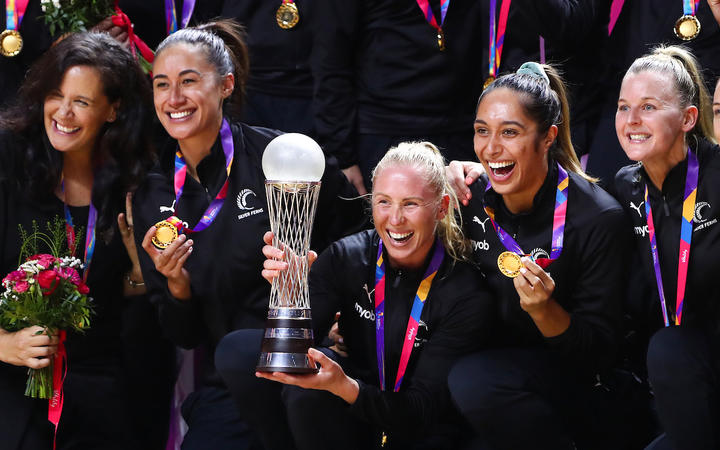 The victorious Silver Ferns at the Netball World Championships in Liverpool. Photo: Photosport

The 1.2 million New Zealanders who recently watched our mighty Silver Ferns become world champions would, no doubt, have a lot to say about that.

Interest in women's sport in New Zealand and around the globe has grown so fast in recent years that this idea is seriously out-of-date. We need to start busting the myth and challenging those still spouting it.

For further proof, we only need to look to this year's Fifa Women's World Cup, which did even more work to turn this unfounded idea on its head.

The football tournament is a perfect example of strategic investment driving long-term commercial return. Established in 1991, the Fifa Women's World Cup is only a baby commercially, compared to the comparatively sprightly 89-year-old men's tournament.

Fifa has clearly recognised the commercial opportunity the women's game presents. It has a strategy in place to build this property by investing to develop a great product, and to recruit and retain loyal fans. Every World Cup is a quadrennial milestone in a long-term commercialisation plan.

And it's working. Fifa has announced that over a billion fans watched the 2019 event worldwide.

And that, friends, is how you get people to stop saying: "No one watches."

The spectacular month-long event in France also helped to dispel another myth - that men only watch men's sport, and women only watch women play.

In pubs and sports clubs throughout Britain, men latched on to the success of England's Lionesses. With almost every game they played, they helped smash viewer records.

The Lionesses trouncing Norway in the quarterfinal drew in 7.6 million viewers on BBC One - making it the UK's most watched women's football game ever. That was trumped a few days later by an audience of 11.7 million for the semi-final against eventual champions the USA.

For the first time, it seemed, male sports followers realised the true athleticism and skill of those female footballers. (That's backed up by Nielsen's research into women's sport last year that found 84 percent of general sports fans were interested in women's sport, and 51 percent of those fans were men.)

In the United States, a total audience of 15.277 million viewers watched the US women's victory in the World Cup final over the Netherlands - almost 14 million of those on the Fox channel. That outstripped the Fox audience for the FIFA Men's World Cup final the previous year of 11.3 million.

It also beat most of the viewer numbers for this year's NBA basketball finals.

Here at home, 1.2 million New Zealanders watched the coverage of the Netball World Cup across 11 days on SKY Sport and Prime. Over half a million watched the Silver Ferns in action live. 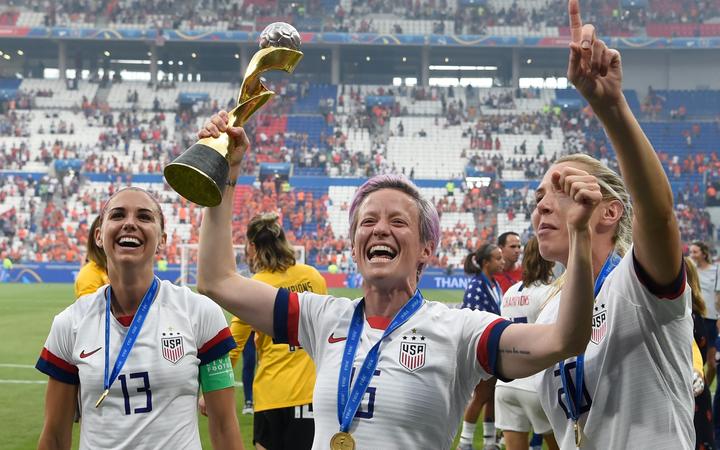 15.277 million people in the US viewers watched their team win the World Cup final over the Netherlands. Photo: AFP

It's successful case studies like these that we'll examine and learn from at the inaugural Sport NZ Women + Girls Summit in Wellington in October, delivered by Women in Sport Aotearoa in partnership with the Shift Foundation.

We'll look at commercialisation, and the major imbalance in the related media coverage of men's and women's sports, both here and internationally. Coverage of women's sport in mainstream media in New Zealand still struggles to top 10 percent annually, outside of an Olympic and Paralympic year. And this can again be partly attributed to that ever-pervasive myth.

"No one watches, so we don't have to report on it," say some sports editors, relying on limited evidence.

The answer to fixing the problem here in New Zealand, or indeed globally, isn't going to happen magically overnight. It needs to come from more proactive investment into women's sport.

There are multiple issues around a lack of media coverage, but if you follow your nose, it's relatively easy to find one of the main root causes: sports bodies, both international and national, are not all yet investing in building and showcasing women's sport, to drive audiences and increase income.

Putting long-term commercial strategies in place behind women's sports content, investing in production and delivery and supporting broadcasters to monetise it, is critical to positive change. As soon as women's sport is made available on TV or online, the commercial dynamics immediately change. But broadcasters need help from sports organisations to make this content attractive.

Our greatest bugbear is when national sports organisations don't have strategies around growing their women's sport properties. They lump it in with the men's side of their code, or leave it to gather dust on a shelf in the corner, or in the 'too hard basket', and don't prioritise it.

What people forget is that men's sport has had a considerable head-start - it's had a concerted commercial effort behind it for decades. As we like to say, it's a mature business. A cash cow if you will. Its audiences are established and its income streams are sustainable. Indeed, many will argue that the men's game has reached maximum capacity in many cases.

Women's sport, on the other hand, is an entrepreneurial start-up. It needs investment to deliver a return and like any new business, the return will not be immediate. You must invest to grow. We only need to look across the Tasman, to the new women's Australian Rules competition, to find an extraordinary model of how it works.

The AFLW launched in 2017 with the campaign slogan 'I'd like to see that', and a couple of million Australians agreed.

The opening round of the inaugural competition drew more than 1.7 million viewers on free-to-air television, and more than 50,000 fans went to the first four games in Melbourne and Adelaide.

In its third year, the 10-team league still draws in the crowds with free entry to games, and their finals crowds rival the men's football A League attendances.

The growing interest has had a flow-on effect to player numbers - close to a third of all AFL players are now female. There was a 14 percent spike in female participation last year to just over 530,000 women and girls playing the game.

That's what happens when you have a concerted strategic plan in place. The AFL made a commitment to increase inclusion and diversity in their sport, and boost the visibility of women playing sport. Free entry until a sport has an established fan base is a long-term growth strategy.

The AFLW now have 17 sponsors, with the National Australia Bank extending its naming rights sponsorship until 2022. Their commitment spreads to growing the women's game at all levels.

There are similar stories with cricket's Women's Big Bash League and Super Netball.

Back home we're starting to see evidence of organisations putting strategies in place around women's sport.

New Zealand Cricket just announced a new 'women's master agreement' that will bring swift and much-needed investment into the women's game. Funds in the player pool have nearly tripled compared to the previous agreement, with a funding increase of nearly double for the White Ferns. 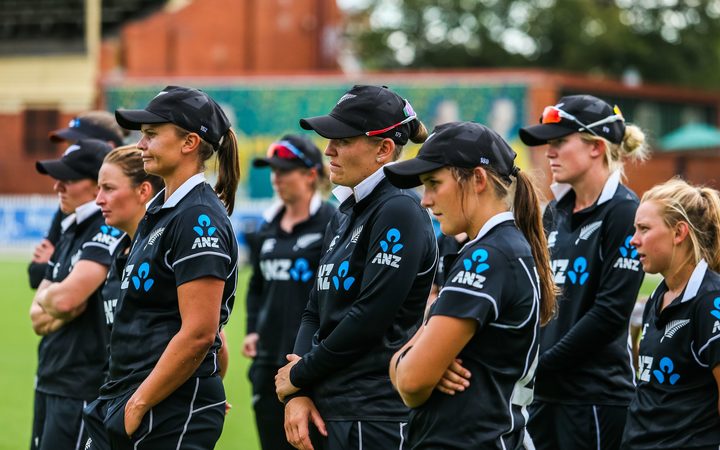 The White Ferns will now be able to earn up to $80,000 a year under a new player agreement with NZC. Photo: PHOTOSPORT

For the first time in history, women and girls in Aotearoa New Zealand will be supported to build careers as professional cricketers, taking cricket up to sit alongside netball and rugby.

So while some of our bigger sports organisations are certainly well ahead of the game, putting a three-to-five year strategy in place to grow the women's game is still something many sports here are not yet doing.

Some New Zealand sports organisations remain quite risk averse, arguing that they would be taking money out of the men's game to support the women's game.

This may be true in the short-term, but it's a short-termist view. A strategic investment into building the women's game will open up channels of income far beyond that remaining within the men's game.

New Zealand is a nation of adventurers.

In 1953, there was a pervasive myth that Mt Everest could not be conquered. Sir Edmund Hillary set-out to bust that myth. He didn't do it in a single afternoon, but he did it with much planning, preparation and dogged determination.

We've reached base camp for women's sport. We've got all the right supplies to make the ascent.

Now let's reach for the clouds.

*Women in Sport Aotearoa, Ngā Wāhine Hākinakina o Aotearoa, is New Zealand's leading research and advocacy agency for gender equity in sport and active recreation. It is the delivery agent for the International Working Group (IWG) on Women and Sport Secretariat and Conference 2018 - 2022.