A Ukrainian aircraft which crashed earlier this week in Iran had flown close to a sensitive military site belonging to the Iran Revolutionary Guards and was brought down due to human error, Iranian state TV reported on Saturday. 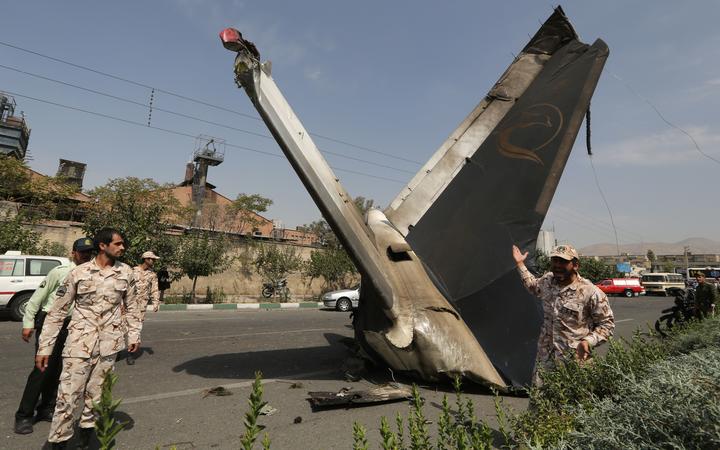 Members of the Iran Revolutionary Guards next to the remains of the plane. Photo: AFP

The responsible parties would be referred to a judicial department within the military and held accountable, the statement said.

Iran had previously rejected suggestions that one of its missiles brought down the plane near the capital, Tehran, on Wednesday.

But pressure mounted after the US and Canada, citing intelligence, said they believed Iran had brought the plane down with a missile, possibly accidently.

The crash was caused by human error and "US adventurism", Iranian Foreign Minister Mohammad Javad Zarif said in a tweet on Saturday.

"Our profound regrets, apologies and condolences to our people, to the families of all victims, and to other affected nations."

Its president, Hassan Rouhani, now says Iran deeply regrets the disastrous mistake and his thoughts and prayers went out to all the mourning families.

An Iranian military statement announced that a missile had struck the plane and expressed condolences to the victims.

The crash of Ukraine International Airlines flight PS752 with the loss of 176 lives came just hours after Iran carried out missile strikes on two airbases housing US forces in Iraq.

Victims of the crash included 82 Iranians, 63 Canadians and 11 Ukrainians as well as nationals from Sweden, the UK, Afghanistan and Germany. 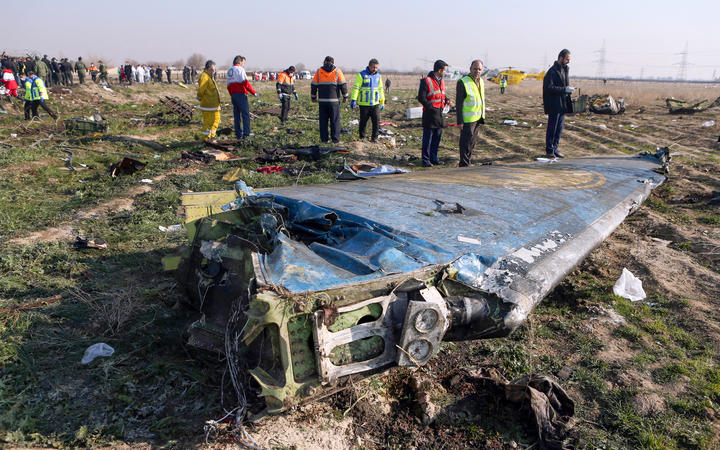 The Ukrainian flight was headed to the Canadian city of Toronto via the Ukrainian capital, Kyiv.

US media have speculated that the airliner may have been mistaken for a warplane as Iran prepared for possible US retaliation.

Iran has promised a full investigation. However, TV images from the crash site on Thursday showed a mechanical digger helping to clear debris away, raising concerns that important evidence could have been removed.

Iran had said on Thursday it would download the information from voice and flight data recorders, known as black boxes, to determine what had happened, although it had said that the process could take one to two months.

Tehran said it could ask Russia, Canada, France or Ukraine for help in an effort that it said could take one or two years.