The Pope has declared that the rule of "pontifical secrecy" no longer applies to the sexual abuse of minors, in a bid to improve transparency in such cases. 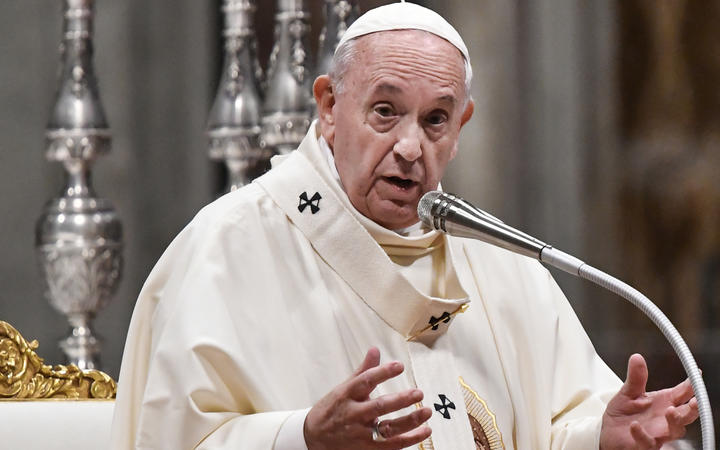 The Pope says information in abuse cases should still be treated with "security, integrity and confidentiality". Photo: Alberto Pizzoli / AFP

The Church previously shrouded sexual abuse cases in secrecy, in what it said was an effort to protect the privacy of victims and reputations of the accused.

But new papal documents on Tuesday lifted restrictions on those who report abuse or say they have been victims.

Church leaders called for the rule's abolition at a February Vatican summit.

They said the lifting of the rule in such cases would improve transparency and the ability of the police and other civil legal authorities to request information from the Church.

Information in abuse cases should still be treated with "security, integrity and confidentiality", the Pope said in his announcement. He instructed Vatican officials to comply with civil laws and assist civil judicial authorities in investigating such cases.

The Pope also changed the Vatican's definition of child pornography, increasing the age of the subject from 14 or under to 18 or under.

Charles Scicluna, the Archbishop of Malta and the Vatican's most experienced sex abuse investigator, called the move an "epochal decision that removes obstacles and impediments", telling Vatican news that "the question of transparency now is being implemented at the highest level".

The Church has been rocked by thousands of reports of sexual abuse by priests and accusations of cover-ups by senior clergy around the world. Pope Francis has faced serious pressure to provide leadership and generate workable solutions to the crisis, which has engulfed the Church in recent years.

Pontifical secrecy was designed to protect sensitive information such as communications between the Vatican and papal embassies - in a similar fashion to the secrecy applied to diplomatic cables. But it was also applied over the years to judicial cases, to protect the privacy of victims and the identities of those accused.

Critics said pontifical secrecy had been abused by some Church officials to avoid co-operation with the police in abuse cases.

Under the new instruction, the pontifical secret no longer binds those working in offices of the Roman Curia to confidentiality on other offences if committed in conjunction with child abuse or child pornography. Witnesses, alleged victims, and the person who filed the report are also be unbound from obligations of silence.

On his 83rd birthday, Pope Francis has responded to a long-standing complaint from survivors by announcing that any testimony gathered by the Church in relation to cases of sexual violence, the abuse of minors and child pornography will now be made available to state authorities.

In the past, the Church has been accused of using secrecy laws as a justification for not reporting cases of abuse. The consequence of breaching the pontifical secret was excommunication from the Church, so there was little incentive to be open to state authorities. That prohibition has now been abolished.

It is the latest attempt by the Roman Catholic Church to address the scourge of clerical abuse that has manifested itself across continents and in a range of religious institutions.