A bishop in New York City in the US who was picked by the Catholic Church to investigate Buffalo's diocese for its handling of child abuse allegations against clergy has himself been accused of sexually assaulting an altar boy when he was a priest four decades ago. 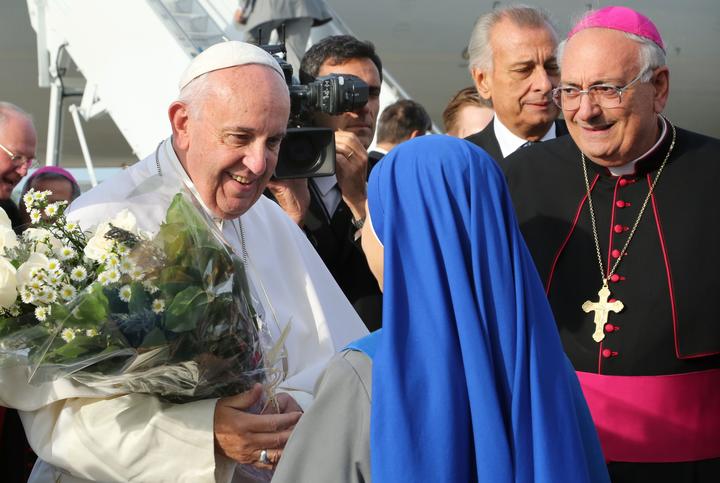 The attorney for the accuser said in a statement on Wednesday that his client was assaulted in 1974 and 1975 when he was a parishioner and student at St Nicholas parish in Jersey City, New Jersey by Nicholas DiMarzio, who is now bishop of the Diocese of Brooklyn.

Mitchell Garabedian, the attorney for the man who is now 56, said that Mr DiMarzio should be immediately placed on administrative leave pending an investigation.

"Pope Francis and the Vatican should understand that truth will triumph over evil," Mr Garabedian said.

Mr DiMarzio said in a statement to Reuters that he was just learning about the allegation.

"In my nearly 50-year ministry as a priest, I have never engaged in unlawful or inappropriate behaviour and I categorically deny this allegation. I am confident I will be fully vindicated," he said.

The Archdiocese of Newark, which oversees St Nicholas parish, said it received a letter from Mr Garabedian regarding the abuse allegation against Mr DiMarzio.

The archdiocese reported the matter and was cooperating with law enforcement, it said.

Mr DiMarzio was directed by Vatican officials to investigate the Diocese of Buffalo where, according to the New York Times, Bishop Richard Malone had been accused of shielding priests who were accused of abuse.

Allegations of rampant sexual abuse of minors by Roman Catholic priests and subsequent cover-ups by bishops exploded onto the world stage in 2002. The scandals have cost the church billions of dollars and undercut its moral authority.

Mr DiMarzio said in October that he travelled three times to Buffalo where he interviewed nearly 80 clergy members and laypeople and was preparing a report for Vatican officials.