Afghan security units backed by the Central Intelligence Agency (CIA) have carried out extrajudicial executions, enforced disappearances, indiscriminate air strikes and other rights abuses and should be disbanded, a rights group says. 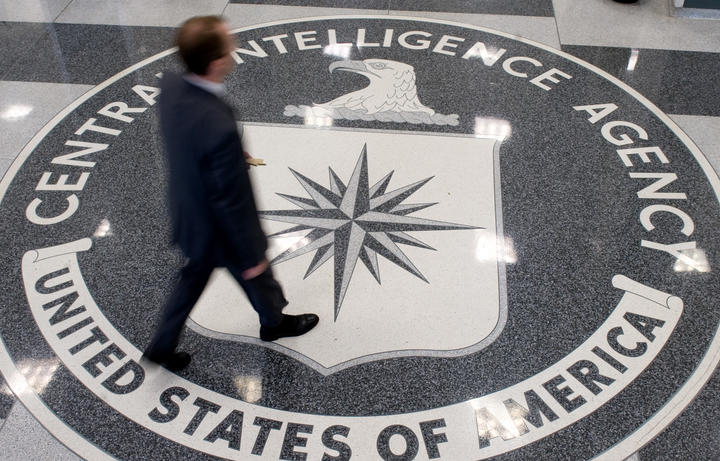 A man crosses the Central Intelligence Agency (CIA) seal in the lobby of CIA Headquarters in Langley, Virginia, in 2018. Photo: AFP

"They are illustrative of a larger pattern of serious laws-of-war violations - some amounting to war crimes - that extends to all provinces in Afghanistan where these paramilitary forces operate with impunity," the group said in a report.

A CIA spokesman said the agency conducts its operations "in accordance with law and under a robust system of oversight".

"The Taliban does not operate with any similar rules and - even worse - conducts an extensive propaganda campaign to discredit those who support the legitimate Afghanistan government," said the spokesman, Timothy Barrett.

The Afghan government declined to comment until after publication of the report, but a military official acknowledged that the Afghan special units at times make mistakes.

"Because they carry out the most complicated operations but we are not assassins and there is oversight and accountability," said the official, who declined to be identified.

The CIA-backed paramilitary forces are notorious in Afghanistan, often drawing complaints from villagers and district authorities for their brutal raids, often under the cover of night.

But the rights group said the Afghan government lacked the capacity and the political will to investigate incidents involving the forces. The group cited a diplomat referring to them as "death squads".

While Afghan paramilitary forces nominally belong to the main National Directorate of Security (NDS) intelligence service, the CIA-backed forces do not fall under the agency's normal chain of command, nor those of the Afghan or US militaries.

"They largely have been recruited, trained, equipped, and overseen by the CIA," Human Rights Watch said.

"They often have US special forces personnel deployed alongside them during kill-or-capture operations; these US forces, primarily Army Rangers, have been seconded to the CIA."

The forces have also been allowed to call in air strikes, which is likely a factor behind a rising toll of civilian casualties in the war. They have also attacked medical facilities and killed staff, the group said.

Human Rights Watch said that in many of the raids it investigated, the Afghan forces seem to have unlawfully targeted civilians because of mistaken identity, poor intelligence or political rivalries.

One case involved the killing of 11 men in the eastern province of Paktia in August.

The NDS said at the time 11 militants were killed in a raid on a Taliban hideout but villagers and a politician in the area said the dead included students celebrating the Eid al-Adha Muslim holiday and other innocent civilians.

"The strike forces might have targeted the wrong house, or operated on faulty intelligence, possibly fuelled by local rivalries," the rights group said.

The government ordered an investigation but no findings have been released.

While the United States and the Taliban have been discussing the withdrawal of US troops, some US officials have called for the clandestine Afghan forces to be maintained as a bulwark against al Qaeda and Islamic State militants.

Human Rights Watch said the CIA-backed forces should be disbanded and allegations of abuses investigated.