People have voted in Afghanistan's presidential poll amid heavy security and bomb attacks from insurgents. 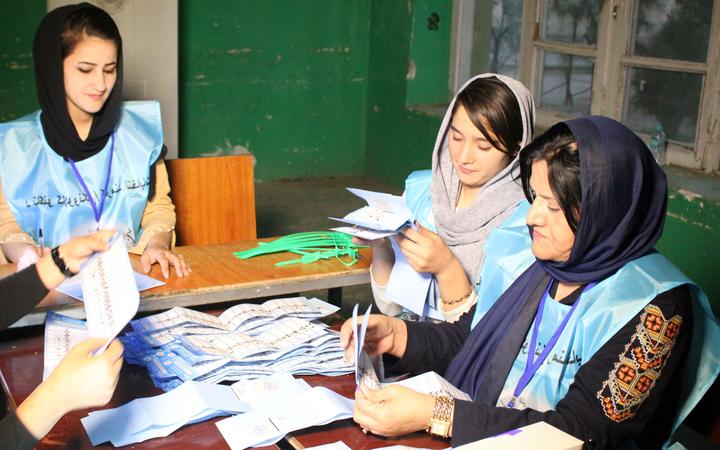 More than 70,000 security forces were deployed across the country to counter Taliban militants who have vowed to target polling stations.

The two main candidates are the incumbent, Ashraf Ghani, and chief executive, Abdullah Abdullah, who have shared power since 2014 in a unity government. 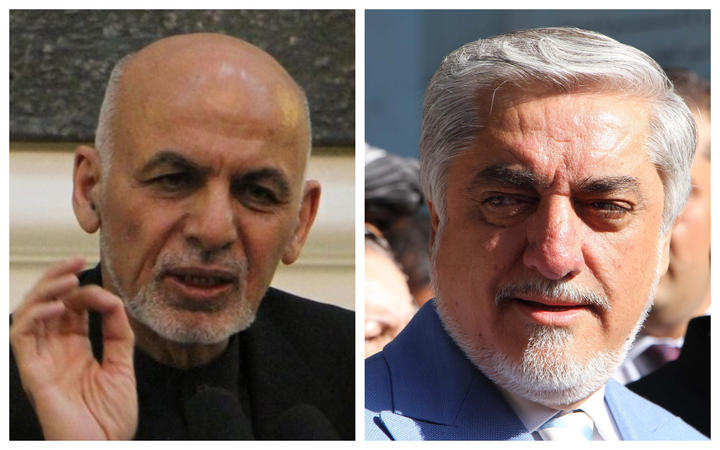 At least one person has been killed and 27 others wounded in bomb and mortar attacks on voting centres.

But in the southern city of Kandahar, women were seen standing in queues to vote, despite a bomb attack on a polling station.

Women voters make up 35 percent of the more than nine million Afghans registered to vote.

The Independent Election Commission of Afghanistan expects to announce the results in three weeks.

Doctor says it takes bravery to vote in her country

Turnout is expected to be low, but one voter said she would cast her vote even if it meant standing in long queues for hours.

"Bravery is defined when one musters the courage to cast their vote in Afghanistan," said Roya Jahangir, a doctor based in the capital, Kabul.

"We hope this time there is no fraud - otherwise voters will feel cheated once again," she told Reuters news agency.

Authorities extended voting hours to ensure those queuing would have a chance to cast their ballot.

Why does this election matter?

Afghanistan's next president will lead a country devastated by four decades of war. The conflict continues to kill thousands of people every year, drawing in forces from around the world.

Nearly two decades since the international community intervened, the US has been trying to negotiate an end to the conflict with the Taliban.

The US currently has about 14,000 troops in Afghanistan, and there are thousands more from countries that are part of a Nato mission to train, advise and assist the country's security forces.

Whoever is elected president in the fourth election since US-led troops ousted the Taliban in 2001 should have a key role to play.

However, the Taliban currently refuse to negotiate directly with the Afghan government, saying it is illegitimate. They say they will only talk to Afghan authorities after a deal with the US is agreed.

Who sits at the head of Afghanistan's government matters to the people caught in the crossfire between the army, the Taliban and other insurgents.