The United States and Brazil have agreed to promote private-sector development in the Amazon, during a meeting in Washington this week. 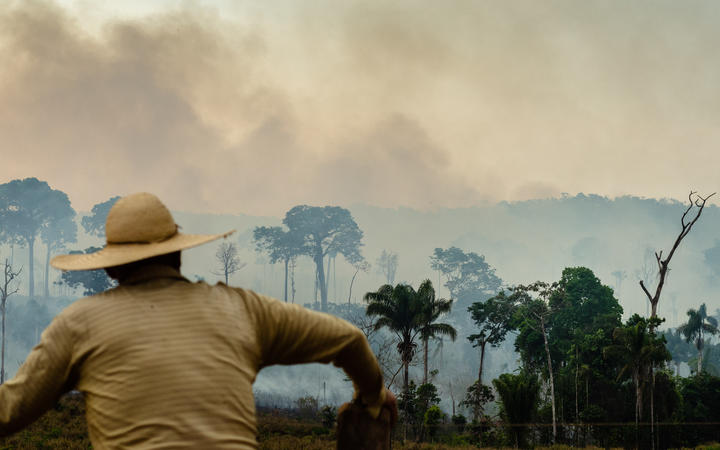 They also pledged a $100 million biodiversity conservation fund for the Amazon led by the private sector.

Brazil's foreign minister Ernesto Araujo said opening the rainforest to economic development was the only way to protect it.

Mr Araujo also hit back at criticism of Brazil's handling of the forest fires.

He told reporters in Washington that claims the country is "not able to cope with the challenges" were false.

Finland urged European Union countries to consider stopping importing beef and soybeans from Brazil in order to put pressure on Brazil to tackle the fires.

Brazil's President Jair Bolsonaro has faced criticism for failing to protect the region.

More than 80,000 fires have broken out in the Amazon rainforest so far this year.

Experts believe the majority of the fires across Brazil this year are caused by human activity such as farmers and loggers clearing land for crops or grazing.

Environmentalists say Mr Bolsonaro's policies have led to an increase in fires this year and that he has encouraged cattle farmers to clear large areas of the rainforest since his election last October. 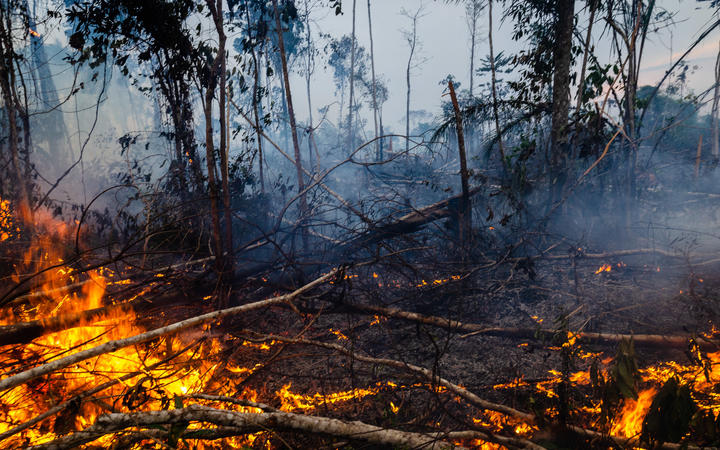 Mr Araujo said: "We want to be together in the endeavour to create development for the Amazon region which we are convinced is the only way to protect the forest.

US Secretary of State Mike Pompeo said the biodiversity investment fund would support businesses in hard to reach areas of the Amazon.

"The Brazilians and the American teams will follow through on our commitment that our presidents made in March. We're getting off the ground a $100 million, 11-year Impact Investment Fund for Amazon biodiversity conservation and that project will be led by the private sector," Mr Pompeo said.

At a summit in Colombia, they also agreed to work on reforestation.