By Jake Spring for Reuters

A record number of fires ravaging the Amazon has drawn international outrage because of the rainforest's importance to the global environment and prompted Brazilian President Jair Bolsonaro to dispatch the military to assist in firefighting.

Here is what you need to know about the disaster. 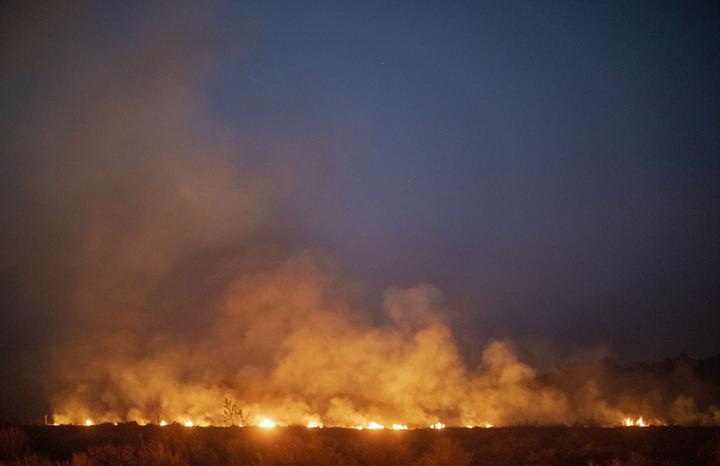 A fire burns out of control after spreading onto a farm along a highway in Nova Santa Helena municipality in northern Mato Grosso State, south in the Amazon basin in Brazil, on August 23, 2019. Photo: AFP

Why does the Amazon matter?

The Amazon - 60 percent of which is in Brazil - is the world's largest tropical rainforest. It is considered a biodiversity hot spot, with many unique species of plants and animals.

The dense jungle absorbs a huge amount of the world's carbon dioxide, a greenhouse gas believed to be the biggest factor in climate change, so scientists say that preserving the Amazon is vital to fighting global warming.

How bad are the fires?

Forest fires in all of Brazil have hit the highest level since at least 2013 and are up 84 percent this year to 23 August, compared to the same period a year ago, according to Brazil space research agency INPE. There have been 78,383 fires so far this year, with roughly half of those in August alone.

Eight out of nine Amazon states have seen an increase, with the largest state of Amazonas seeing a 146 percent rise. Residents on the ground in the states of Rondonia and Amazonas said while there are fires every year they have never seen it this bad, with clouds of smoke blanketing the region. 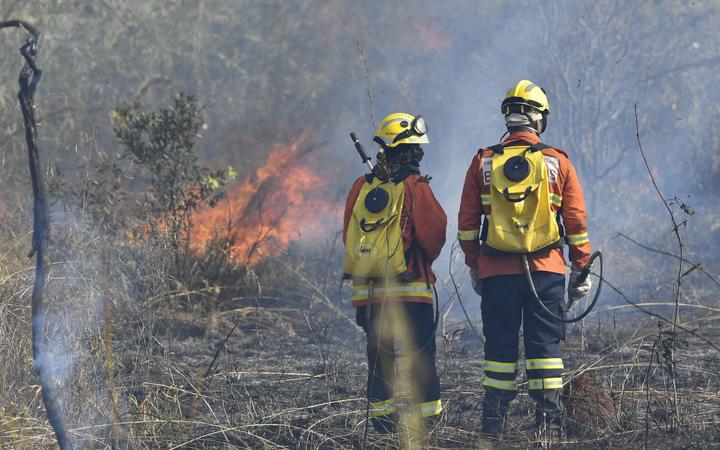 What caused the fires?

Fires in the Amazon are often set on purpose to clear land. After loggers extract wood, speculators burn the remaining vegetation to clear it in hopes of selling the land to farmers and ranchers. The Amazon is several months into its dry season during which these fires can more easily spread out of control.

Environmentalists say that those setting the fires have been emboldened because they hear Bolsonaro calling for more development of the Amazon and think they will not be punished.

Deforestation has risen 67 percent year-on-year in the first seven months of 2019 and more than tripled in July alone. Environmentalists believe those deforesting are the same people starting the fires.

How has Brazil's government reacted?

President Bolsonaro initially suggested that the fires were normal, then said that non-government organisations themselves were setting the fires to hurt his government. He did not present any evidence and later backed off from that claim.

Mr Bolsonaro has said that the country does not have the resources to fight the fires in an area as large as the Amazon, while also warning other countries not to interfere, saying that foreign money was aimed at undermining Brazil's sovereignty.

The government has now decided to mobilize the military to fight the fires and several Amazon states have subsequently requested support. It remains unclear exactly how the armed forces will be deployed and how effective they will be. 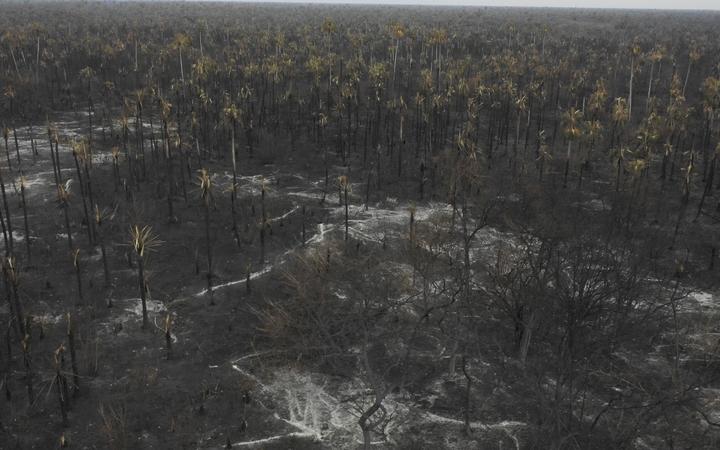 Aerial view of damage caused by wildfires in Otuquis National Park, in the Pantanal ecoregion of southeastern Bolivia, on August 26, 2019. Photo: AFP

What do world leaders say?

French President Emmanuel Macron has called the fires an international emergency and "ecocide", and criticised Brazil's government for not doing more to protect the rainforest.

Mr Macron's office said in a statement that it would oppose eventual approval of the free trade deal between the European Union and the South American trade bloc Mercosur, because Mr Bolsonaro lied about environmental concerns at June's G20 summit when it was first agreed to.

British Prime Minister Boris Johnson and German Chancellor Angela Merkel have said they are concerned about destruction of the Amazon but said that blocking the trade deal was not the right response.

On Sunday, Mr Macron said the leaders of the United States, Japan, Germany, France, Italy, Britain and Canada were finalising a possible deal at their annual summit on "technical and financial help" for the countries affected by the fires, including Brazil.

President Donald Trump offered Bolsonaro US assistance in a phone call, but Brazilian officials subsequently said they were not working with the United States to combat the fires.

How has the public reacted?

Brazilians have taken to the streets to protest government inaction on the fires in more than a dozen cities, shutting down major roads in Brasilia and Sao Paulo. Demonstrations have been held outside of Brazilian embassies in Paris and London.

On social media, #PrayForAmazonas and similar hashtags have been trending on Twitter. Users posting in support of Bolsonaro have also pushed a hashtag translating as "TheAmazonWithoutNGOs" into the trending topics on the platform. 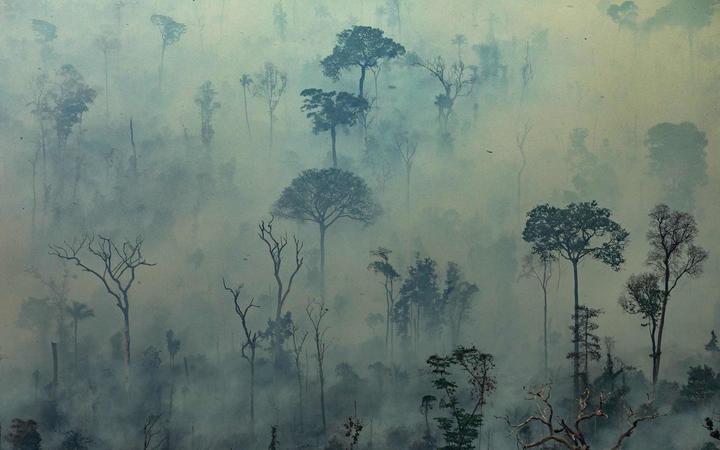 What does it all mean for climate change?

Scientists fear that continued destruction of the Amazon could push it toward a tipping point, after which the region would enter a self-sustained cycle of forest dieback as it converts from rainforest into savannah.

Brazilian climate scientist Carlos Nobre believes 15-17 percent of the entire Amazon has already been destroyed. At first, researchers thought the tipping point would be 40 percent destruction. But that has changed with global warming raising temperatures in the Amazon and the increasing number of fires. Nobre now says that the tipping point is more likely at between 20-25 percent.

If the tipping point is triggered, the dieback will take 30 to 50 years, in which time 200 billion tonnes of carbon dioxide would be released into the atmosphere, Nobre said, making it far harder for the world to keep temperature rises below 1.5 to 2 degrees Celsius - the goal to avoid the most devastating effects of climate change.