The record number of fires in Brazil's Amazon rainforest has coincided with a sharp drop in fines for environmental violations, BBC analysis has found. 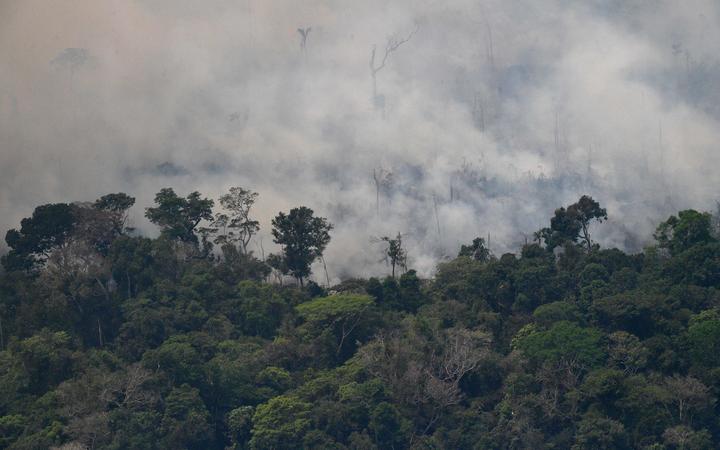 An aerial picture showing smoke from a 2km stretch of fire billowing from the Amazon rainforest, about 65km from Porto Velho, in northern Brazil. Photo: Carl DE SOUZA / AFP

At the same time, the number of fires burning in Brazil has increased by 84 percent.

It is not known how many of these fires have been set deliberately, but critics have accused President Jair Bolsonaro's administration of "green lighting" the destruction of the rainforest through a culture of impunity.

Mr Bolsonaro has sent in the military to help put out the fires after coming under pressure from the international community, saying he wanted to "help protect" the Amazon. 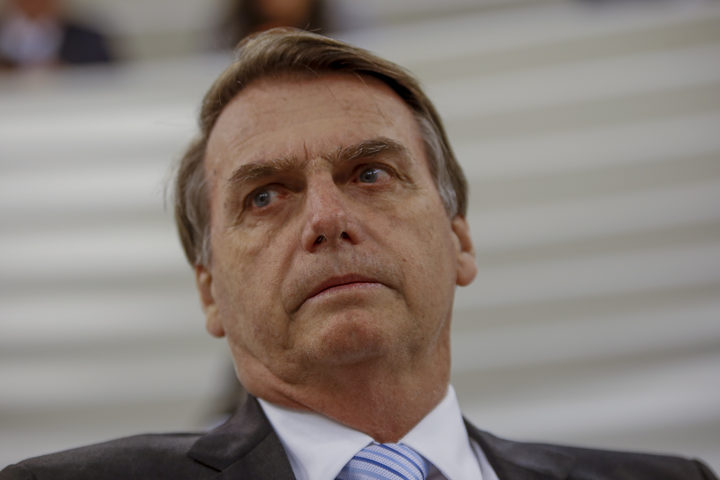 President Jair Bolsonaro is dealing with international pressure over the scale of fires in the Amazon rainforest. Photo: Suamy Beydoun/AGIF

The largest rainforest in the world, the Amazon is a vital carbon store that slows down the pace of global warming. It is known as the "lungs of the world" and is home to about three million species of plants and animals, and one million indigenous people.

Analysis by BBC Brasil shows the number of fines handed out by the Brazilian Institute of Environment and Renewable Natural Resources (Ibama) for environmental violations has dropped significantly since Mr Bolsonaro took office on 1 January.

Neither Ibama nor the ministry of the environment answered the BBC's queries about the figures.

Mariangélica de Almeida, a professor of environmental law who has defended clients over unfair fines, suggested to BBC Brasil that the figures for previous years could have reflected a culture of over-fining, in order to meet goals.

However, others have pointed the finger directly at Mr Bolsonaro, who has scorned environmental activists and declared his support for clearing areas of the Amazon for agriculture and mining.

Elisabeth Uema, who retired from Ibama last year, said it was clear even before Mr Bolsonaro was elected that he did not like Ibama. During his campaign, he pledged to limit fines for damaging the rainforest and to weaken the influence of the environmental agency.

The message was further underlined in April when Mr Bolsonaro ordered an investigation into officials who burned tractors and trucks belonging to loggers who were allegedly involved in illegal activities in the Jamari National Forest. This was a long-held policy seen as a deterrent against illegal loggers.

The agency's work, she said, had also been hampered by the fact that just eight of its 27 offices across the country now had a permanent head.

"The usual inspections, which had been planned since 2018, are happening. But little beyond that," Ms Uema, now the executive secretary of Ascema Nacional, the body representing Ibama employees, told BBC Brasil.

Critics of the Bolsonaro administration insist the drop in fines does not mean fewer crimes against the environment are being committed.