Six people have been injured after two lightning strikes at the season-ending Tour Championship in Atlanta. 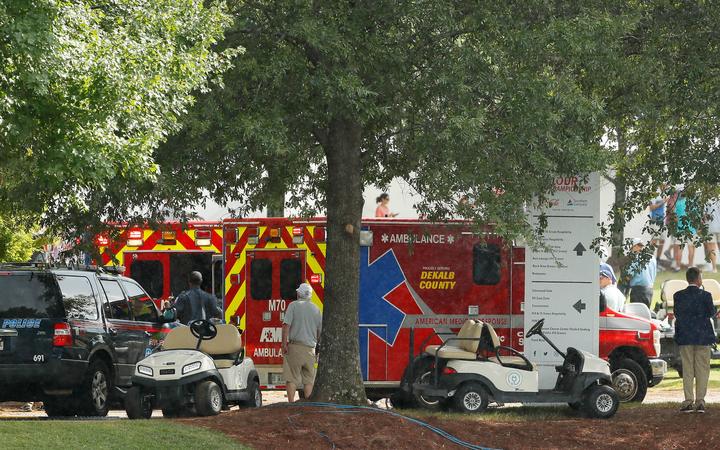 Play was suspended at 4.17pm local time because of thunderstorms in the area and half an hour later there were two lightning strikes close to the 15th green at East Lake Golf Club.

A tree was hit and debris from that strike injured six people, the PGA Tour said.

A statement added the injuries "do not appear to be life-threatening".

Organisers said paramedics tended to six fans on the course, with five being taken to hospital by ambulance.

American Justin Thomas was leading by one shot from Northern Ireland's Rory McIlroy and world number one Brooks Koepka when play was suspended.

Professional golf tournaments became far more vigilant about stopping play amid the threat of lightning after two spectators were killed at separate major championships in the United States in 1991.

One man was killed and five others injured while sheltering under a tree at the 1991 US Open at Hazeltine in Minnesota.

Two months later, another spectator died after being struck while walking to his vehicle at the PGA Championship at Crooked Stick in Indiana.

However, while players and caddies are loaded into vehicles and taken back to the clubhouse in such situations, fans are left to seek their own shelter, and sometimes lack the time to leave the course safely or choose not to do so.

The stoppage came after the leaders in the 30-man field had completed only five holes in the season-ending event.