At least four people died and more than 100 were injured in lightning strikes during a thunderstorm in Poland, Prime Minister Mateusz Morawiecki says. 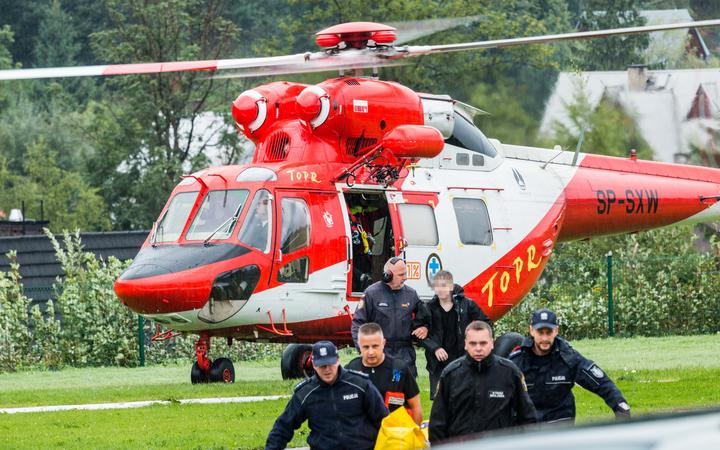 The worst bolt fell on a group of hikers at the summit of Giewont, a popular peak in the Tatra range in the south of the country.

A fifth person was killed in neighbouring Slovakia. At least one of the victims was said to be a child.

The storm is said to have descended suddenly after a sunny morning.

"Nobody expected such a sudden storm to break out and from our human point of view it was something which was impossible to predict," Mr Morawiecki said in an emergency meeting in the region.

There were reports of casualties in different parts of the mountain range. At least four rescue helicopters were sent to the area.

The worst incident occurred on Thursday at the top of the 1894m Giewont mountain, where a metal cross is sited.

A lightning bolt is thought to have struck the 15m structure at a time when a large number of hikers were at the summit, and the current then travelled along a metal railing.

"We heard that after (the) lightning struck, people fell," Polish mountain rescue service chief Jan Krzysztof told the country's PAP news agency. "The current then continued along the chains securing the ascent, striking everyone along the way. It looked bad."

A resident in the mountain resort town of Zakopane in the Tatra region posted a video showing the thunderstorm.

Local radio in the city of Krakow posted video of a rescue helicopter on its way to Giewont.