A community leader has been stabbed to death after armed miners invaded a remote indigenous reserve in northern Brazil. 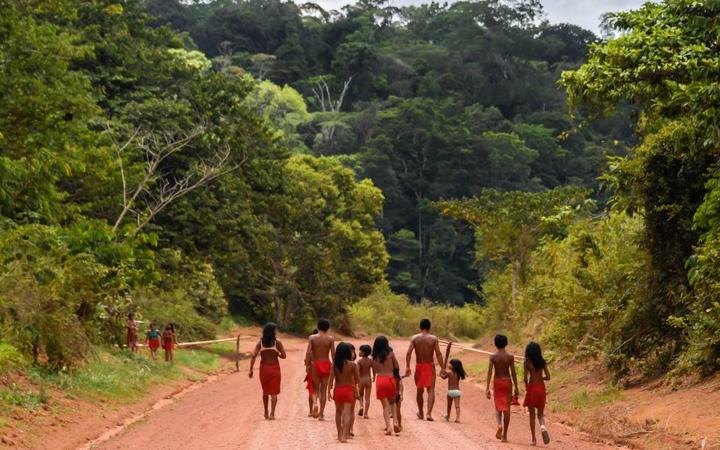 Residents of the village in Amapá state fled in fear but a community leader said they could try to reclaim it, warning of the risk of violent clashes.

Police have been sent to the area.

Tensions in the Amazon region are on the rise as far-right President Jair Bolsonaro has vowed to open some of the protected areas to mining.

Mr Bolsonaro says the indigenous territories are too big given the number of people living there. Critics accuse him of encouraging illegal mining and invasions of reserves.

On Saturday, Jawaruwa Wajãpi, a leader of the Wajãpi community, said the miners had occupied the Mariry village. He pleaded with the federal government to send in the army.

"[The miners] are armed with rifles and other weapons. We're in danger," he said in a voice message sent to Rodolfe Rodrigues, one of the state's senators. "There's risk of [more] deaths and conflict because I think the Wajãpi will act soon."

Mr Rodrigues, whose party opposes the Bolsonaro government, said 50 miners had invaded the reserve, and that the situation was "very serious".

"This [would be] the first violent invasion in 30 years since the demarcation of the indigenous reserves in Amapá," he told local newspaper Diário do Amapá, saying a "blood bath" could happen (in Portuguese).

Despite the rising tensions, killings of indigenous leaders are rare. The assassinated indigenous leader has been identified as Emyra Wajãpi, whose body was found with stab marks in a river near Mariry on Wednesday.

On Saturday night, Brazil's indigenous rights agency, Funai, said the federal police and an elite force had been sent to the area to investigate. It confirmed that one person had been killed, but said the details were not yet clear.

The 1200 members of the Wajãpi community live in dozens of villages in a 600,000-hectare reserve in Amapá, next to the French Guiana. 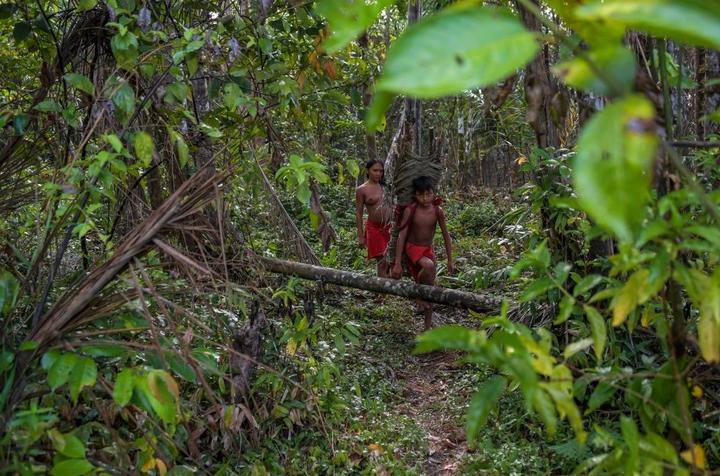 In this file photo, a Wajãpi boy and his mother carry wood for a fire pit, at the Manilha village in the Wajãpi indigenous reserve in Amapa state in Brazil. Photo: AFP

Speaking earlier on Saturday, Mr Bolsonaro said some of the indigenous territories were on "very rich [mineral] land" and that he was "looking for the 'first world' to explore these areas in partnership and add value", according to O Globo newspaper (in Portuguese).

"That's the reason for my decision to get closer to the US. That's why I want a person of trust in the embassy in the US," said Mr Bolsonaro, who wants to appoint his own congressman son, Eduardo, as ambassador.

He has not commented on the events in Amapá.

Mr Bolsonaro, who took office in January, has promised to integrate indigenous people into the rest of the population and questioned the existence of their protected territories.

He has already transferred the creation and limitation of reserves from Funai to the agriculture ministry, a controversial decision that was seen as a victory for the powerful agribusiness sector.

The president has also criticised the environmental protection agency, Ibama, and accused the national space institute, Inpe, of lying about the scale of deforestation in the Amazon.

Activists say the relaxation of the protections could lead to greater deforestation of the Amazon rainforest and threaten the existence of indigenous people.