US President Donald Trump has announced fresh tariffs of 10 percent on another $US300 billion ($NZ458b) of Chinese products from 1 September. 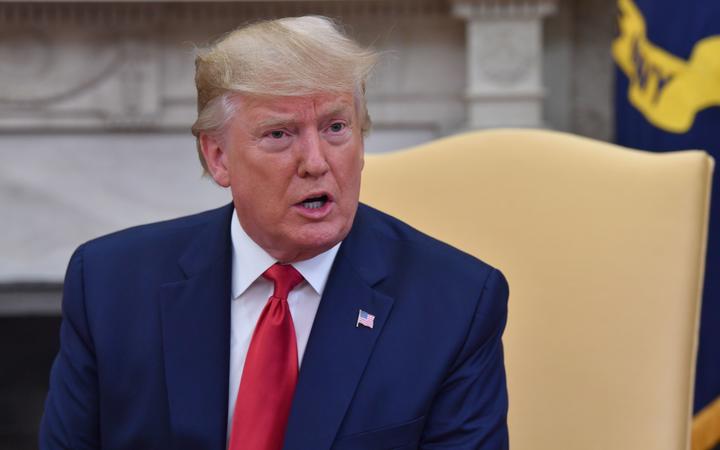 The move is the latest salvo in an escalating trade war between the two countries.

It came after the latest round of bilateral talks showed little sign of a breakthrough.

Investors reacted to the news with dismay. On Wall Street, the Dow Jones share index fell sharply, tumbling about 1 percent.

Mr Trump tweeted that the tariffs applied to "the remaining 300 Billion Dollars of goods and products coming from China into our Country".

He also criticised China for not honouring promises to buy more US agricultural products and attacked Chinese President Xi Jinping for failing to do more to stem sales of the synthetic opioid fentanyl.

The new levy is likely to affect a wide range of goods, from smartphones to children's clothing.

The latest round of tariffs comes amid mounting concern that Mr Trump's strategy is proving counter-productive and harming the US more than China.

On Thursday, Mr Trump's former chief economic adviser, Gary Cohn, said in a BBC interview that the tariff battle was having a "dramatic impact" on US manufacturing and capital investment.

The resulting tensions have also influenced the US central bank, the Federal Reserve, which cut interest rates on Wednesday for the first time in a decade.

Fed chair Jerome Powell said it was not the Fed's job to criticise US trade policy, but added that trade tensions had "nearly boiled over" during May and June.

US and Chinese negotiators ended their latest two-day meeting in Shanghai on Wednesday with little sign of progress, although both countries described the talks as constructive.

Another round of negotiations has been scheduled for September.

Mr Trump's latest move brought the US-China trade war to the fore again, overshadowing news that a two-year deal to raise the US budget had cleared its final hurdle in Congress.

The deal sets government spending at $US1.37 trillion for the next financial year, beginning in October.