A 72-year-old French adventurer has arrived on the Caribbean island of Martinique, after crossing the Atlantic Ocean in a barrel-shaped orange capsule. 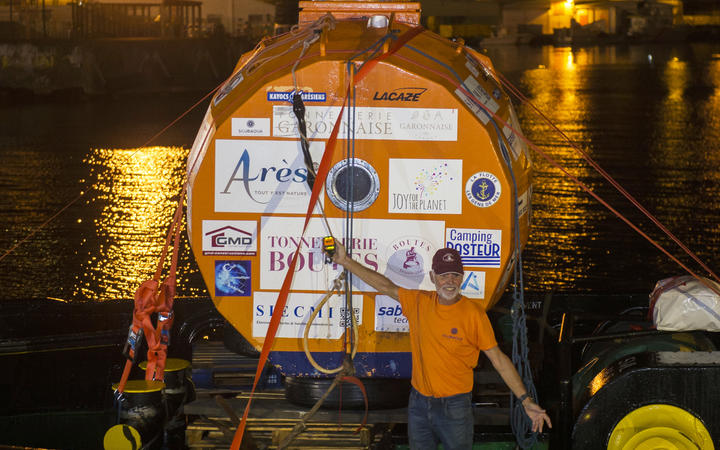 Jean-Jacques Savin after his long journey across the Atlantic in a barrel. Photo: Lionel Chamoiseau/ AFP

Jean-Jacques Savin set off on his journey in late December from El Hierro in Spain's Canary Islands.

He used ocean currents alone to propel the capsule across the Atlantic.

Mr Savin declared his trip a success on 27 April, when he entered the Caribbean after 122 days at sea.

The journey covered more than 4500km.

As Mr Savin explained in a Facebook post, a Dutch oil tanker initially picked him and the barrel up in Caribbean waters and delivered them to the tiny Dutch island of Sint Eustatius.

After a few days there, a French tugboat brought him to France's overseas department of Martinique on Thursday.

"It was an exhilarating voyage but also quite risky," Mr Savin said after arriving on Martinique. 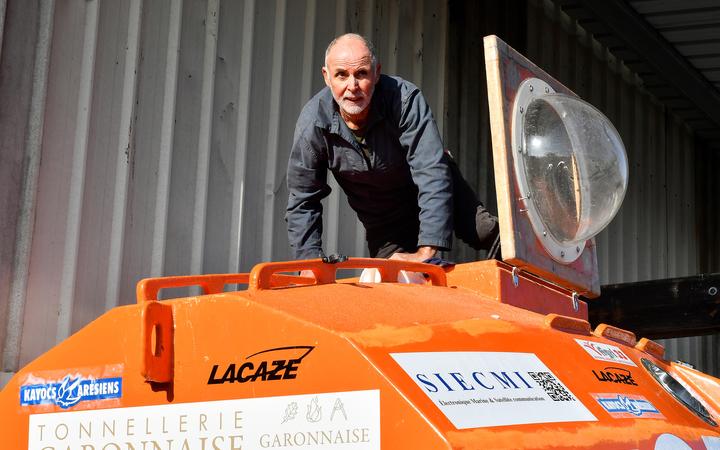 The former military paratrooper spent more than four months in the barrel, which is 3m long and 2.10m wide. Photo: Georges Gobet/ AFP

The vessel includes a sleeping bunk, kitchen and storage, and has a porthole in the floor through which he was able to watch passing fish.

The capsule was built to resist waves and potential attacks by marine life. A solar panel was used to generate power for communications and GPS positioning.

Mr Savin mainly survived on stores of freeze-dried food, as well as freshly caught fish and supplies offered by ships he passed on the voyage.

The budget for the trip was raised largely through crowd funding.

When he set off in December, Mr Savin joked that he would "really like" to end up on a French island like Martinique or Guadaloupe.

During the journey, the adventurer worked on a book about the experience, which he plans to publish later this year.