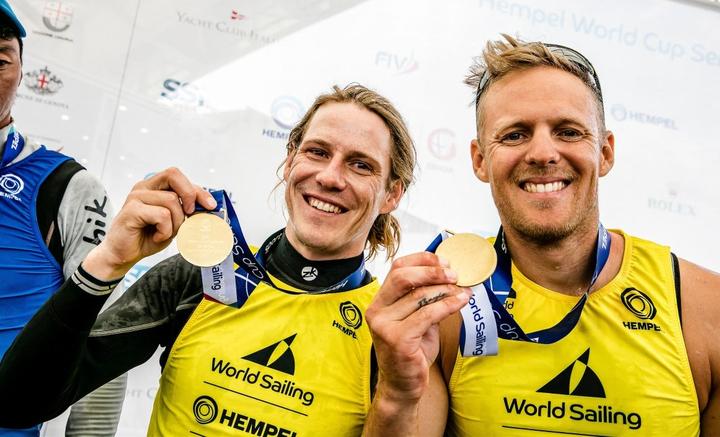 The pair finished third in the men's 470 medal race and, crucially, were two boats ahead of Zangjun Xu and Chao Wang of China who started the day in first, to win the event by one point.

That gold medal came on the back of the silver won by Isaac McHardie and William McKenzie and bronze picked up by Peter Burling and Blair Tuke in the 49er on the first day of medal racing.

It has been an encouraging start to the European season by the full New Zealand team, following on from the three medals won at the Princess Sofia regatta in Palma earlier this month.

Snow-Hansen and Willcox went into the medal race with a three-point deficit to make up on the Chinese but the points were so close every team in the top-10 race had a shot at winning a medal.

The New Zealand pair rounded the first mark in the lead, with the Chinese down the pack, and controlled the race in the 6-9 knot winds to finish third. It was their first win at a World Cup Series event and first win in Europe.

"We have been [training] in New Zealand by ourselves and I have been coming back from injury after breaking my arm so to come to Europe and lay down a good result like this and to do it under pressure and perform in a medal race is awesome for us," Willcox said.

"We are really stoked.

"The points were really tight so our goal was to go out there and try to place in the top five and see how we go. It all panned out our way today. It doesn't always go that way in medal races so we will take it."

It brought to an end an extremely difficult week for all of the sailors in Genoa, with light winds and long delays a feature. 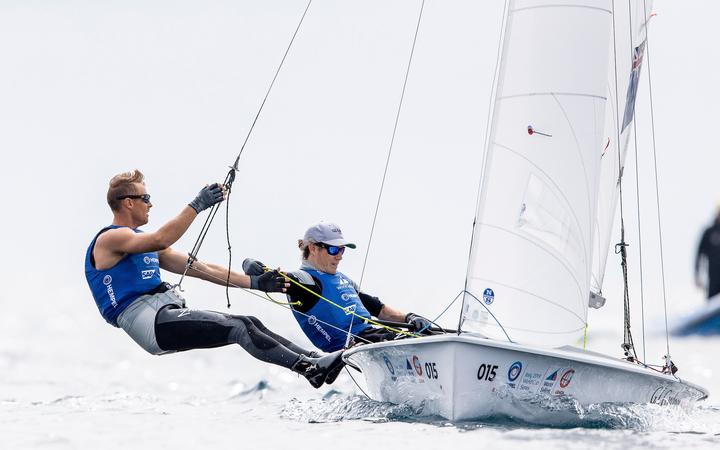 The men's 470 managed only seven races in total and Snow-Hansen remarked he had lost count of the number of general recalls and abandoned races.

Some of the New Zealand sailors will return home to continue training before returning to Europe next month while others, like the strong Laser squad who opted to skip Palma and Genoa, will compete in Hyeres in about 10 days' time.

The ultimate goal is next year's Tokyo Olympics and there will be a series of events in Japan in the middle of the year.

Snow-Hansen and Willcox have already qualified New Zealand in the men's 470 for the Games and will be looking to improve on their ninth placing at the 2016 Rio Olympics.

"We have had a long offseason at home so to come to Europe and put down a result like this is super-encouraging," Willcox said.

"It's about a year-and-a-half out [from the Olympics]. We have a few major regattas in Japan so it will be quite cool to check it out and get some time on the water at the Olympic venue."