A movement to boycott this year's commemorations of the 250th anniversary of Captain James Cook's landing at Tūranganui-a-Kiwa is gaining strength. 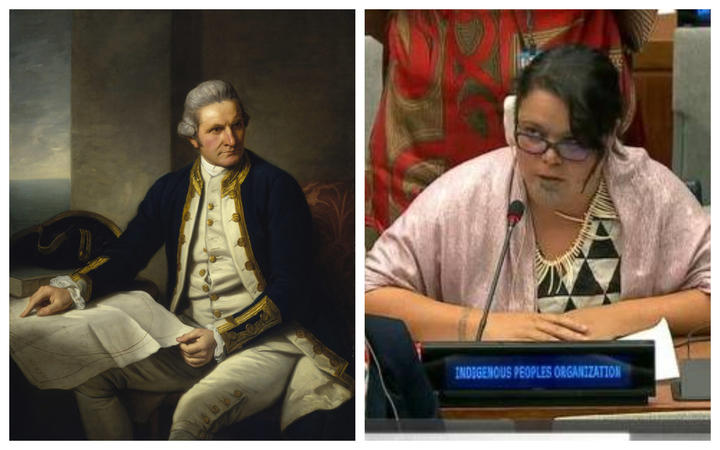 More than $20 million is being spent on events and resources to mark the anniversary of Cook's landing in Tūranganui-a-Kiwa, later named Gisborne, in 1769.

Indigenous rights advocate Tina Ngata said his landing was not a cause for celebration.

"Māori are still very mamae and we are still labouring under the historical and enduring rights violations as a result of the event that they are commemorating this year," she said.

Those commemorations are called Tuia Encounters 250. They will run from October to December. 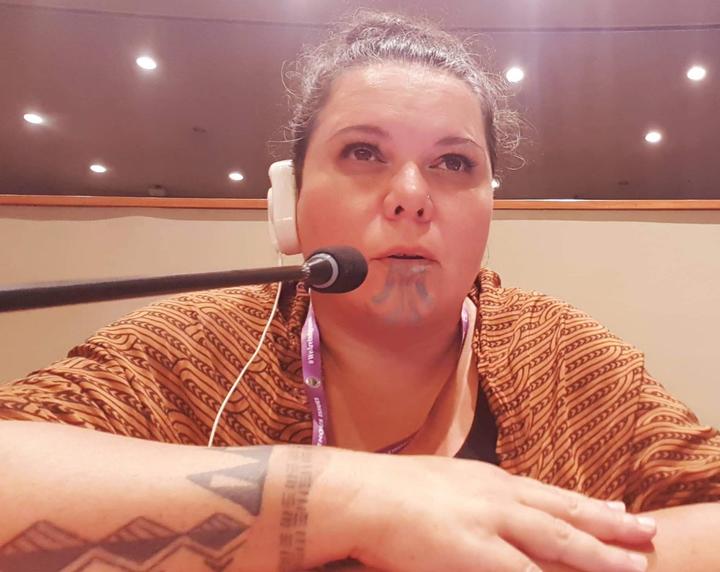 Tina Ngata is in New York to speak to the United Nations Permanent Forum on Indigenous Issues about New Zealand's commemoration of the 250th anniversary of James Cook's landing in Tūranganui-a-Kiwa, later named Gisborne. Photo: Supplied

Ms Ngata is in New York raising her concerns about it with the United Nations Permanent Forum on Indigenous Issues.

One of the questions posed in a Tuia education resource is 'How would you make someone feel welcome in your home and community?'

She said the language suggested the community was welcoming and pleased with engagement with Captain Cook, when it was not.

Ms Ngata said despite Māori engagement, the kaupapa has been white-washed, down to using the word 'encounters' in the title.

"You know to call that an 'encounter' is egregious in the extreme and a complete purposeful minimisation."

Just last week, a statue of Cook was moved from Tītīrangi Hill in Gisborne to the local museum after ongoing vandalism.

Prominent artist Robyn Kahukiwa is building a following on an anti-Cook Facebook group she recently started. People are signing Declarations of Non-Participation in Tuia.

Wellington artist Suzanne Tamaki is getting 250 artists together to be part of several anti-Cook exhibitions. She said the funding should have been spent to teach compulsory New Zealand history at schools.

"For them to spend millions of dollars... to be doing this and then expecting us to embrace it - they're dreaming," she said.

"I am not surprised that there has been this backlash against it, and a lot of Māori are speaking out against it."

Within 100 years of Cook's arrival - Pākehā outnumbered Māori. Today, Māori suffer some of the worst outcomes in health, education and justice.

Artist Tracey Tawhiao said there is a link between colonisation and racism, and the nation needed to acknowledge how colonisation has had a lasting impact on Māori.

She is not anti-Cook but does not support the commemorations. "It is upsetting many people because it is another example of the denial of history and who it has affected," she said. "It is basically a blatant blanket thrown over our real story."

The government is spending $13.5 million on Tuia, and $9 million has been committed by Lotteries Grants Board funding. More money will be spent by NZ on Air too.

The Ministry of Culture and Heritage is defending the commemorations and said Tuia is also about acknowledging colonisation.

Deputy chief executive Tuia 250 Tamsin Evans said the programme is about enduring impacts of events in 1769.

"Tuia 250 is supporting Māori and non-Māori to tell their stories so there is an honest account of what has happened," she said.

The language on the websites is diplomatic and talks about the encounters between Māori and non-Māori.

Some events will be led by iwi and hapū, who will share their account of Cook, and their own voyages. "Some of the stories will be hard for some to hear but they will be honest."

A key part of the event will be a flotilla of vessels sailing to different sites of significance around the country. A replica of the Endeavour will also arrive in New Zealand.

"I hope that there is haka on the shore," Ms Tamaki said. "Not in a good way like a welcoming haka - I hope it is like a 'get away, don't land here haka.'

"Maybe there needs to be something so people say 'ooh, we can't just steamroll over Māori anymore and change history to make us feel good about it,' because that's not true."