The hunt for the final resting place of Captain James Cook's HMS Endeavour may soon be over - in time for the 250th anniversary of its voyage to Australia. 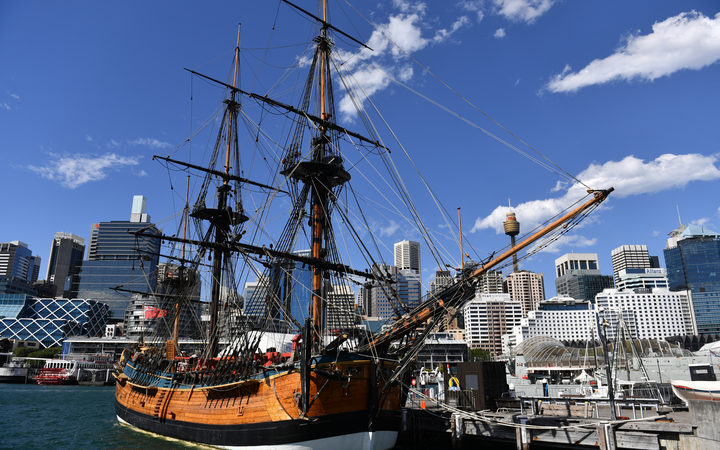 A replica of Captain Cook's ship 'Endeavour' is seen at the Australian National Maritime Museum in Sydney. Photo: AFP

The Endeavour, then known as Lord Sandwich II, was sunk with 12 other ships off Rhode Island, in the US, in August 1778, but no-one was sure where.

Now, following a 25-year archaeological study of the area, the search has been narrowed to just "one or two" sites.

Experts are now hopeful it will be definitively identified by 2020.

That would be just in time for the anniversary of Captain Cook arriving in Australia, following a two-year voyage which initially set out from Plymouth, England.

The Rhode Island Marine Archaeology Project (Rimap), which has been working with the Australian National Maritime Museum (ANMM), said it would release a "3-D photogrammetric image of a promising site" on Friday.

But it will still be some time until the true identity of the wreck is revealed.

"Detailed work" must be done during a planned excavation of the area, just off Goat Island, in 2019, it said in a statement.

"We're not in a position to identify it conclusively," Rimap's Kathy Aththas told News.com.au.

"Once excavated it will require sampling, testing of the type of wood and nails, and analysis which won't give us a definitive answer for another 18 months."

Dive New Zealand editor Dave Moran, who has visited the site, told RNZ's Morning Report it was hard to be completely sure yet that it was the actual ship.

"They've got five boats there and Endeavour is probably the largest and so really at the moment it's buried in the mud," Mr Moran said.

"But to actually really identify that it is the Endeavour they need to excavate it a bit more so that they can make sure it is the actual boat.

"It needs to be excavated down deeper and maybe even try to pull the whole thing out but actually to get down deeper into the hull, so they can get real good samples of the timber."

He said he has been involved in the project for the last two years, and wanted the support of the New Zealand government.

"It's seems a shame to us. It's part of New Zealand's maritime history and currently we can't the government interested at all in supporting a further dig on the site."

The 250th commemorations of Captain Cook's landing in New Zealand will begin in Marlborough with a visit from a replica of Endeavour in November.

He said there was a proposal to place a part of the original ship on the replica.

"We feel has just as much right to say 'hey we would like a little bit of Endeavour'," Mr Moran said.

"People could go on board and see a part of the real Endeavour. Then later on that part would be put into Te Papa for future generations to say 'wow that is part of the actual Endeavour'."

Captain Cook set sail on Endeavour - a British-built coal ship - in 1768 on a scientific voyage to map the Pacific Ocean.

It was the ship in which the explorer charted New Zealand and Australia between 1769 and 1771. He arrived off the south-east coast of what is now Australia in 1770, eventually making landfall at Botany Bay.

He later claimed the region for the British crown, despite the presence of large Indigenous communities.

After sailing back to Britain, the Endeavour was renamed Lord Sandwich II and became a troop carrier.

During the American War of Independence it was scuttled by the British Navy with the 12 other ships to form a blockade of the Narragansett Bay.