Ahead of celebrations to mark Captain Cook's arrival in New Zealand, a Gisborne iwi is demanding an apology for the atrocities he brought upon their people. 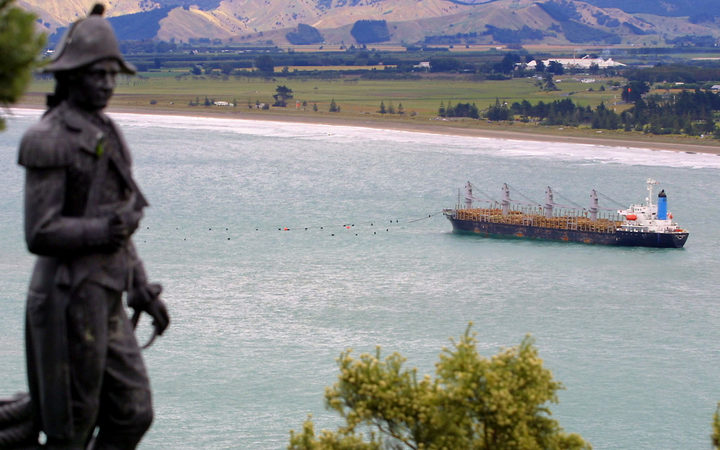 The English explorer landed on the shores of Turanganui-a-Kiwa in 1769. But according to Rongowhakaata, what really happened that day has largely been swept under the carpet.

Its Iwi Trust general manager, Amohaere Houkamau, said next year's commemorations would be an opportunity to shed a light on what occurred.

"Our experience wasn't a great experience in the sense that a number of our tipuna were killed during that first encounter. A number of our taonga were stolen [and] taken. That is a story that hasn't been told."

But she said telling their side of the story wouldn't go far enough.

"We're quite keen to engage with the Royal Society, who were Captain Cook's employers at the time to seek some sort of an apology for the behaviour of the crew of the endeavour and that's to put to rest some of the not so great thing that occurred during that encounter.

"I think it's like most of the history of New Zealand. The full histories of our country have been untold because we've been primarily reliant on a small source of historians who have primarily not been ourselves."

It's a stark contrast to the legacy of Cook known to many New Zealanders.

He named more coastal landmarks than any other person, including Mt Cook and the Cook Strait.

But to many Māori, including academic and indigenous rights activist Tina Ngata, Cook was also an oppressor.

"He was a murderer, he was an invader [and] he was a vanguard for British imperial expansion.

"If you read through his own journals and the journals of the crew members, it was not uncommon for him to shoot at us, to steal from us, for abductions to happen, and in fact whole communities were wiped out through sexually-transmitted diseases."

The commemoration costs include $9 million in lotteries funding for community projects that align with Tuia 250 kaupapa, and $13.5m for the voyaging, education and communication programmes.

The money will also be used to bring in a replica that is already in Australia to be part of a flotilla of vessels that will be voyaging around New Zealand.

But Ms Ngata said the money should be spent elsewhere.

"There are just so many other things we could use that money for particularly in the area of building better relationships with our treaty partners.

"There are many more important things we should be spending money on than celebrating Captain Cook."

The deputy chief executive for the Ministry of Culture and Heritage, Tamsin Evans, said they were working closely with mana whenua and iwi to make sure their voices are heard.

"Experiences [from] 250 years ago lose a little or are embellished in the telling and this is an opportunity for both sides of the story to be told so we can understand our relationships."

She is going a step further by collecting indigenous stories and art work to make sure an accurate account of history is told.

"It's a magazine that will have different contributions from Māori artists along with some hard facts about what really happened. That will then be handed out to as many events as possible."

And understanding the past was just the beginning, she said.

"There are so many long-lasting consequences of the actions of people like Captain Cook and those consequences are still being felt today. It is so harmful to put him up on a pedestal and not show the full context."

The voyage will visit up to 19 communities and will involve waka hourua, a Tahitian vaka, tall ships and the New Zealand Navy.