A controversial statue of Captain James Cook is being moved today from its home of 50 years on Tītīrangi Hill in Gisborne to the local museum. 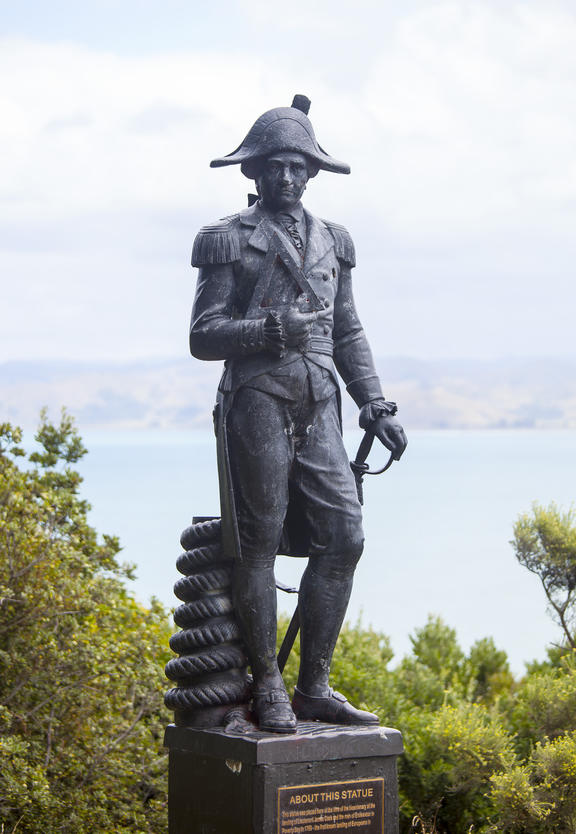 The move comes after debate over whether the statue should be there and ongoing vandalism.

Tairawhiti Museum director Eloise Wallace said while some people loved the statue, others loathed it.

Captain Cook had a complex history in the region, where his crew came ashore for a bloody first encounter between Maori and Europeans, she said.

The statue was erected in 1969 to mark the anniversary of that encounter, but Ms Wallace said times had changed.

Ms Wallace said the museum would do a good job of contextualising the history of the statue.

She said there was an effort to tell better stories around the repercussions of the arrival of Captain Cook and local iwi perspectives.

The relocation was welcomed last year by local council and iwi.

In October, Gisborne District Councillor Meredith Akuhata-Brown said: "It's significant because James never climbed Tītīrangi ... and so for local iwi it's been a massive disappointment that he's maintained that space for as long as he has."

A blog post by the museum in early April said for many years, the statue was thought to not be Captain Cook because it didn't look like him.

The statue is one of three copies of a marble statue that was made for the Captain Cook Brewery in Newmarket, Auckland in the early 1880s.

There's confusion about who sculpted the original, although it may have been based on an engraving of Captain Cook by English artist James Basire, in 1777, which was in turn based on another portrait of Captain Cook, according to the museum blog.

He's also not wearing the correct uniform - the blog states he is "not wearing the uniform of a British naval officer, nor does his uniform resemble that of any other European naval uniforms. The uniform has been described as 'Italian' in style."