At least 65 migrants are thought to have died after their boat capsized in the Mediterranean off the coast of Tunisia. 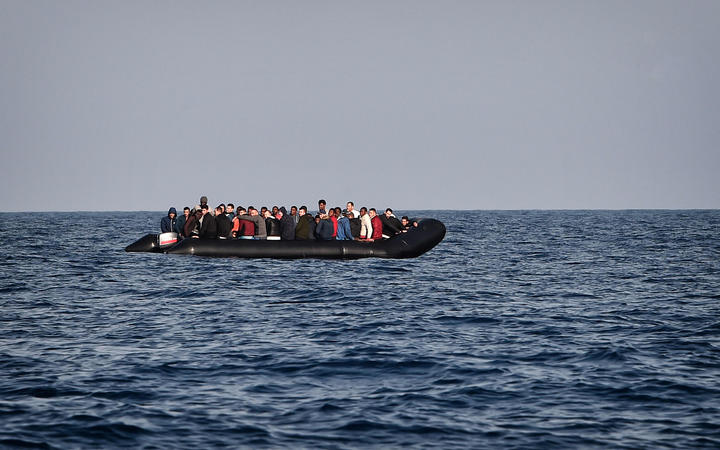 A rubber boat with migrants is seen off the Libya coast (file image). Photo: AFP

There were 16 survivors, according to the United Nations refugee agency (UNHCR).

Survivors say the boat left Zuwara in Libya on Thursday and ran into trouble during strong waves.

About 164 people died on the route between Libya and Europe in the first four months of 2019, the UNHCR says.

The survivors were brought to the coast by the Tunisian Navy and are awaiting permission to disembark. One person has been transferred to hospital for medical treatment, the UNHCR says.

The navy dispatched a ship as soon as it heard about the incident and came across a fishing boat picking up survivors, a statement from the Tunisian defence ministry reportedly said.

The passengers are understood to have been from sub-Saharan Africa.

Thousands of migrants attempt to cross the Mediterranean to Europe every year.

Those who make the journey often travel in poorly maintained and overcrowded ships, and many have died.

In January, a UN report said six migrants died crossing the Mediterranean every day in 2018.

The number of migrants making the journey to Europe has decreased in 2019.

In the first three months of 2019, some 15,900 refugees and migrants arrived in Europe via the three Mediterranean routes. It was a 17 percent decrease on the same period in 2018 when 19,200 arrived in Europe.

On Friday, 101 migrants were returned to Libya, according to the International Organisation of Migration.