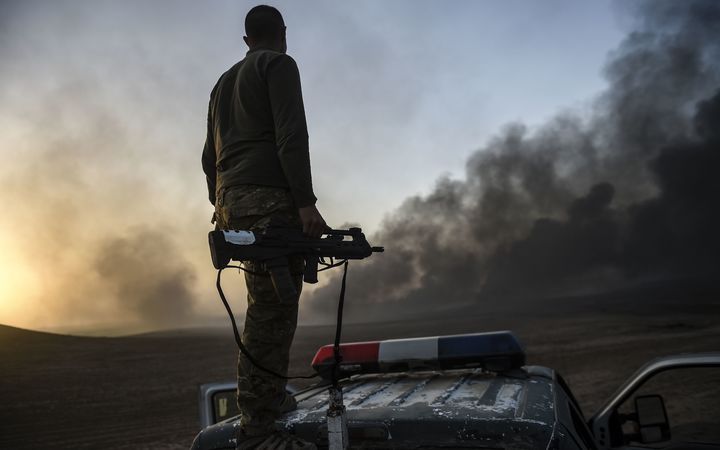 A member of the Iraqi government forces takes a position on top of a vehicle as smoke rises on the outskirts of the Qayyarah area, some 60km south of Mosul Photo: AFP

With the battle in its fourth day, the fighting has intensified on two fronts with Iraqi special forces having joined the attack. 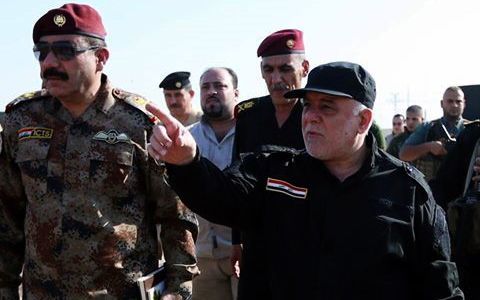 They are being backed by a US-led coalition, that includes France, Italy, Britain, Canada and other Western nations, providing air and ground support to the forces that are closing in on the city.

The prime minister said the gains had been swift.

"Three days ago in Iraq I launched operation for the liberation of Mosul," his translator said.

"Our forces have started to move forward to free the city which was taken by Daesh over two years ago.

"The fighting forces are currently pushing forward towards the city faster than we planned, and more quickly than we had anticipated in our schedule for the campaign."

Kurdish peshmerga forces have also launched a large-scale operation in the area, targeting IS from a ridgeline, pushing towards the city from the northeast.

They were expecting resistance from snipers and suicide bombers.

The fighting around the Iraqi city of Mosul has forced 5640 people to flee their homes in the last three days, the International Organization for Migration said on Thursday, most of them in the last 24 hours. 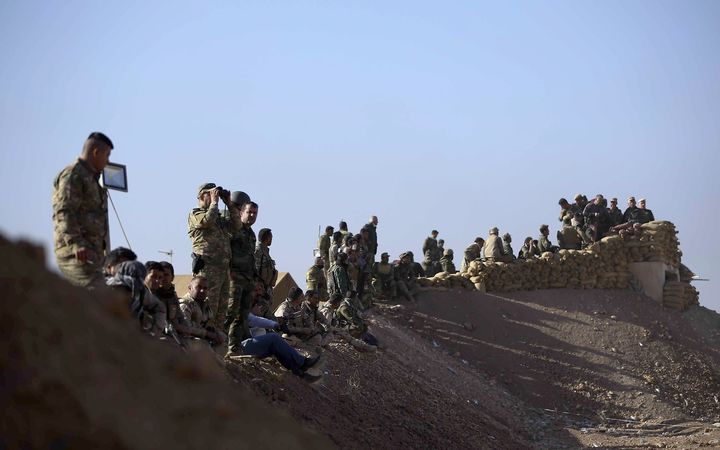 Peshmerga forces stand guard overlooking Mosul during an operation to liberate it from the Islamic State militant group. Photo: AFP

UN refugee agency UNHCR said people were also fleeing to the east from the west of the city after heavy air strikes and shelling in the west.

In Mosul district, 900 families - about 5400 people - had been taken to a reception centre in the village of Al-Hood in Qayyarah, UNHCR said.

Another 240 people from Hamdaniyah district, east of Mosul, had been transferred to the Debaga reception centre, it said.

The International Committee of the Red Cross (ICRC) was prepared to provide aid to 800,000 people who could flee the battle, including against any use of chemical weapons, ICRC's deputy director for the Near and Middle East Patrick Hamilton said.

Speaking on the sidelines of the battle, US Lieutenant-General Stephen Townsend said the US-trained Iraqi special forces on Thursday had recaptured the town of Bartella, less than 15km east of Mosul, in their first engagement of the offensive. 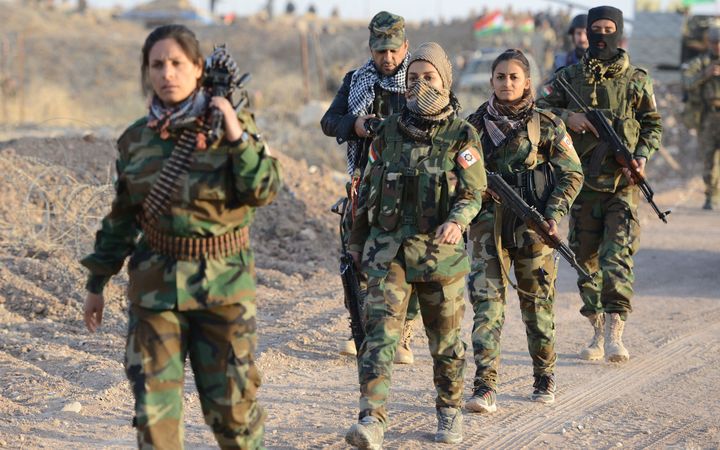 He said the Islamic State militant group, also known as Daesh, was "a brutal opponent", who were "adaptable, creative and cunning".

Bartella is one of the areas that brings Iraqi forces closest to Mosul and is key to the major offensive to retake Mosul, according to the head of Iraq's counter-terrorism service, Taleb Sheghati al-Kenani.

The Iraq special forces will lead the assault on Mosul itself.

"What struck me was obviously the sense of angst, of fear, of what was to come," he said.

"Both for the immediate future in terms of this offensive and what that might entail. But also for the longer-term future, what Iraq itself might look like post-Mosul, and what will be the fate of these various communities that make up Iraq and how they will find or try to find a way forward together."

Mosul, from which the ultra-hardline Islamic State proclaimed a "caliphate" two years ago, is majority Sunni Muslim, whereas Iraqi government forces are Shi'ite-dominated.

It is the last big city stronghold held by Islamic State in Iraq, however, there was still a battle being fought for Hawija, which lies between Mosul and Baghdad.

"Whilst obviously we remain very concerned about what's going on in and around Mosul, we shouldn't forget as well that there are offensives being launched to try to retake Hawija," Hamilton said.

"There is going to be or there is already a significant battle taking place over the area of Hawija where there are some 200,000 to 300,000 civilians also faced with being trapped between front lines."